​​Winning the 2012 Cheltenham Gold Cup with Synchronised was a day we’ll never forget.

He was a very special horse to everyone here at Jackdaws Castle and, after a great effort by the whole team, we’ll always remember how he delivered in style under AP McCoy in the race every jockey and trainer in the land wants to win.

I remember the build-up like it were yesterday, and it wasn’t straightforward. Far from it, in fact.

Having already won big races including the 2010 Midlands Grand National and 2011 Welsh National , he earned himself a crack at the Gold Cup by winning in the Lexus Chase at Leopardstown.

We had debated whether to go to the Lexus or the Welsh National at Chepstow around the same time. 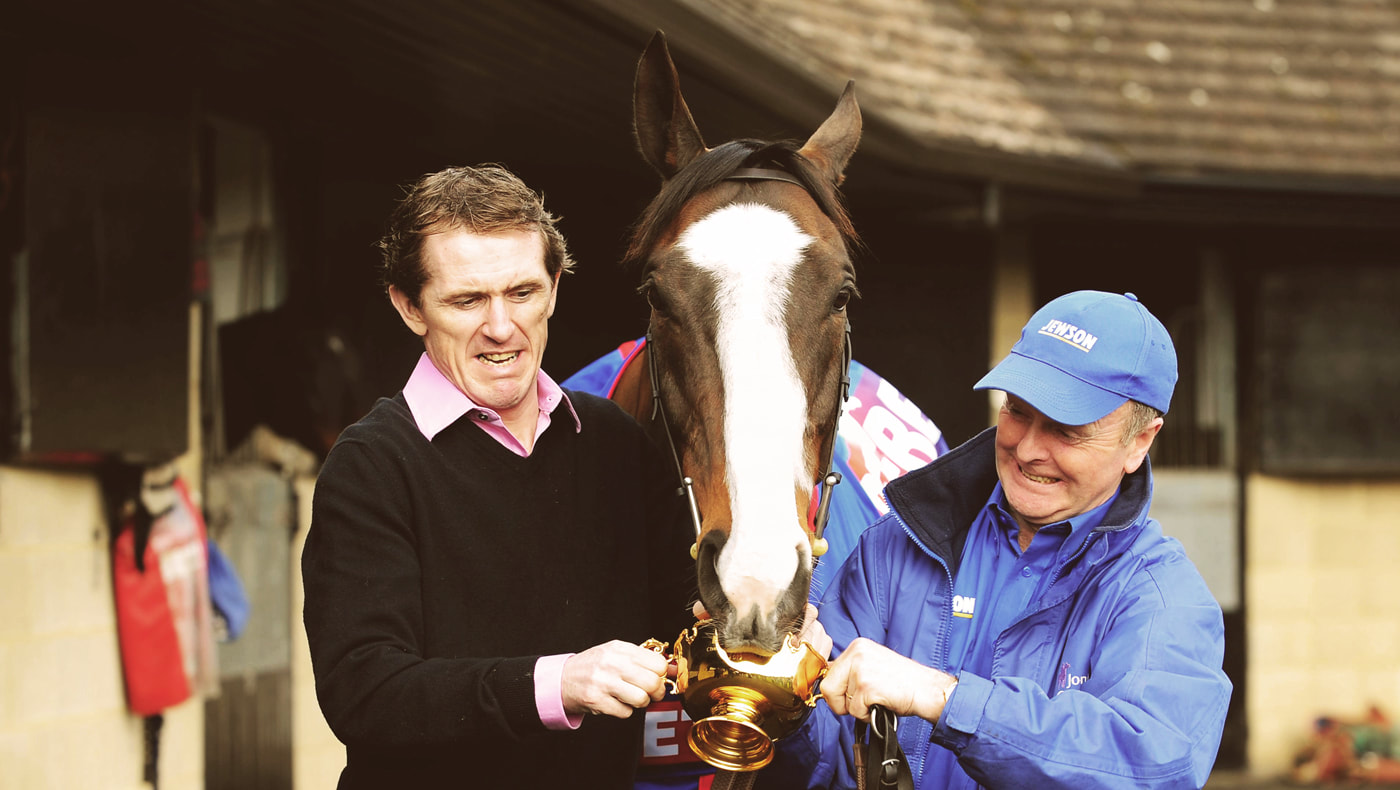 However, because the ground was so heavy and he had top weight at Chepstow we decided to go to Ireland. He ran a blinder there and, to be honest, he slightly surprised us.

Unfortunately, when he came back from Leopardstown he’d caught a chill and it meant we couldn’t go back there for the Hennessy Gold Cup.

In the hope he’d soon be back to himself, we decided to aim him at the Gold Cup because he’d have plenty of weight to carry in handicaps and he wasn’t the biggest horse in the world.

Unfortunately, he still had that dreaded flu – that’s the best way I can describe it – and he just couldn’t shake it off.

Thankfully he started to come right nearer the time, the sun came and he started to bloom – it was just as if he had a smile on his face!

Come Gold Cup day, the only thing we were worried about was whether he would he be able to lay up with the pace, but AP was electric on him.

He stayed so well and he was such an honest horse that we thought that if he could stay in the picture when they were going out into the country for the second time then he’d have a chance.

When I saw that he was, I thought to myself, ‘He’ll come home from there’ and he’ll be there or thereabouts.

I couldn’t say he was going definitely to win, obviously, but I thought he’d be placed and run a good race, which he did.

​Seeing him and AP hit the front after the last and storm home was amazing, absolutely amazing, and it was great to be involved in such a fantastic race and all the excitement that goes with it.

Even more so because three weeks before the race we probably weren’t even running – it was that close.

You’re kind of walking on air really. You feel like you’re on cloud nine. You even kind of think you’re God for a few minutes!

Sadly for everyone, we lost Synchronised a few weeks later in the Grand National, but he was such a lovely horse and we’ll never forget him.