​Hello once again to you all. I hope you all had a lovely summer and you're now looking forward to the upcoming National Hunt season.

It's possibly the most exciting time of the year with the majority of the winter horses now back in and their daily work routines increasing. The planning for each of them is well under way... we now just need some rain!

We are always looking to improve the facilities here at Jackdaws Castle and have been extremely busy on the 5-furlong gallop, taking off the gallop surface and relaying the tarmac underneath.

We have also been busy creating a new walkway for the horses from the top to the bottom of the gallops which will help things run even smoother each morning.

You can read more about both of these below.

With so many winter horses to look forward to, we haven't had many runners throughout the summer so I was absolutely thrilled to get an across the card treble at Uttoxeter and Worcester on 1st September.

It was lovely to see Generation Gap win for Lizzie Wills, before Pens Man jumped impressively to win on his chasing debut for The Girls On Lockdown Partnership. Quartz Du Rheu brought up the treble at Worcester later that afternoon in the colours of JP McManus to complete a brilliant day for the team.

It was great to see An Tailliur continue where he left off this week with an impressive win at Warwick for Pat Hickey. That's four wins in a row  for him now after winning 3 times in 12 days back in May. I was also thrilled to see Pens Man follow up his victory at Uttoxeter with another win the following day at Warwick.

​As I write this the sun is shining once again. We had a good day of rain last week and could do with a few more!

I look forward to seeing lots of you on the course soon,

A brilliant day with an across the card treble with Generation Gap and Pens Man winning at Uttoxeter, followed by Quartz Du Rheu victorious at Worcester.

Generation Gap was always under pressure after taking the lead 3-out but stayed on stoutly under a strong ride by Richie McLernon.

Pens Man stayed on well to win his debut of fences in the hands of Alain Cawley for the Girls On Lockdown partnership. Many congratulations to  Anne Bond, Harriett Bond, Anne Brooks, Siobhan McAuley, Mary Gaskell, Vanessa Birt, Madeline Delaney and Debra Nolan.

Quartz Du Rheu and Kevin Brogan brought up the treble in fortuitous fashion at Worcester after Shoal Bay's saddle slipped on the run in, sending Brendon Powell to the floor. It was great to see him up and OK.  Congratulations to owner JP McManus.

Well done to all of the team! 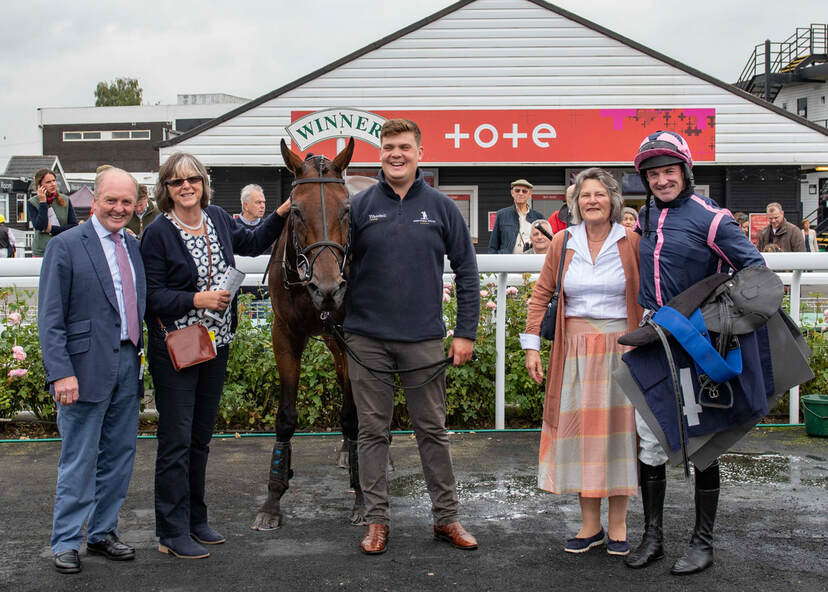 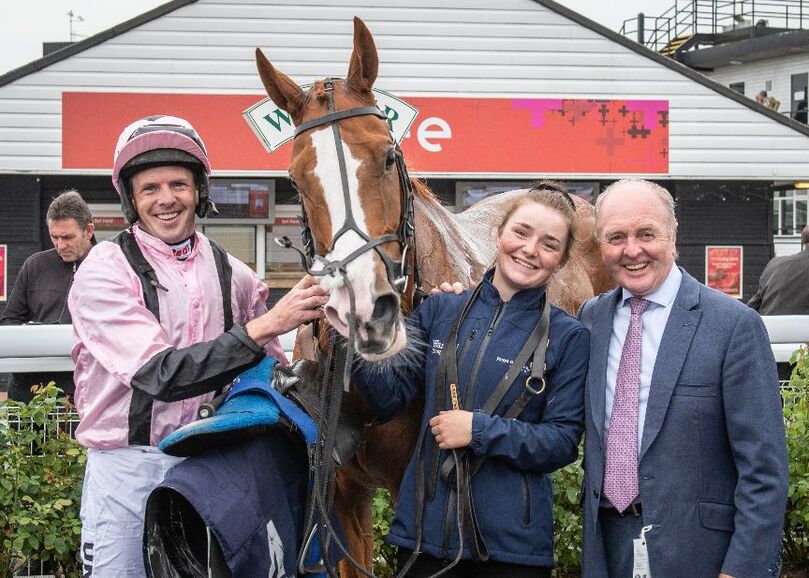 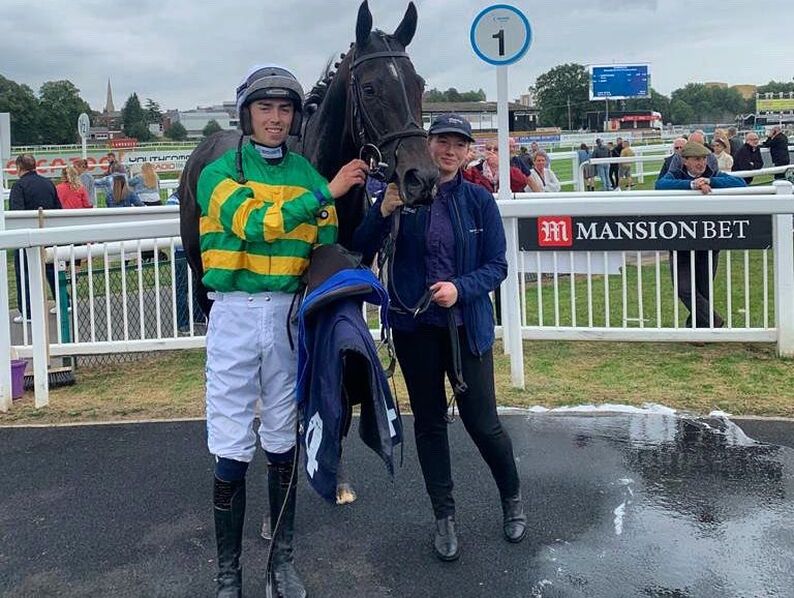 An Tailliur carried on where he left off before his 124-day break with an impressive victory at Warwick.

Jonjo Jr. always had him chasing the leaders and shook him up to challenge just before 2 out. He led before the last and kept on strongly final 110yds to win comfortably. 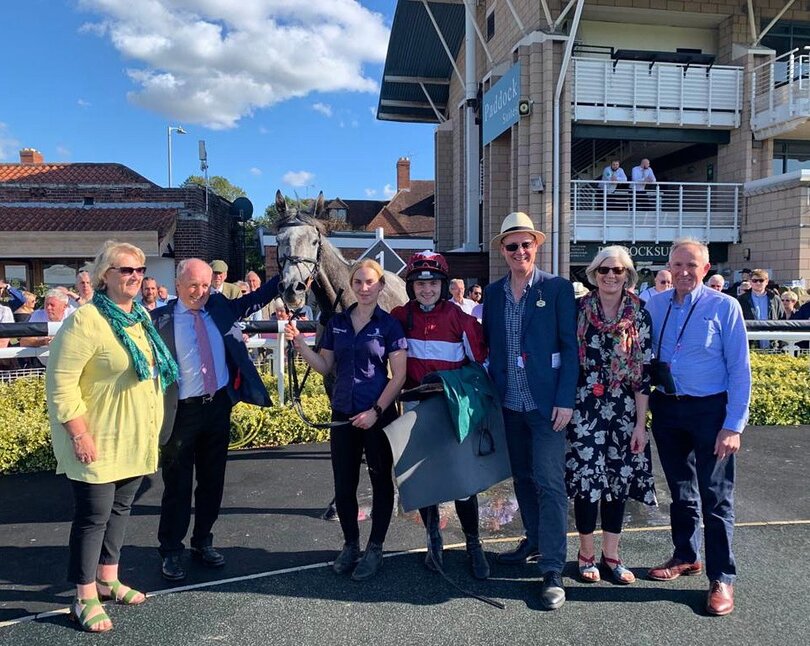 An Tailliur with Jonjo Sr, Alex, Jonjo Jr. and friends of owners Pat and Nan Hickey

Pens Man followed up his victory at Uttoxeter earlier this month with another impressive win at Warwick in the hands of Kevin Brogan.

Many congratulations once again to Anne, Harriett, Debra, Siobhan, Vanessa, Madeleine, Mary and Anne Brookes of the Girls On Lockdown partnership! 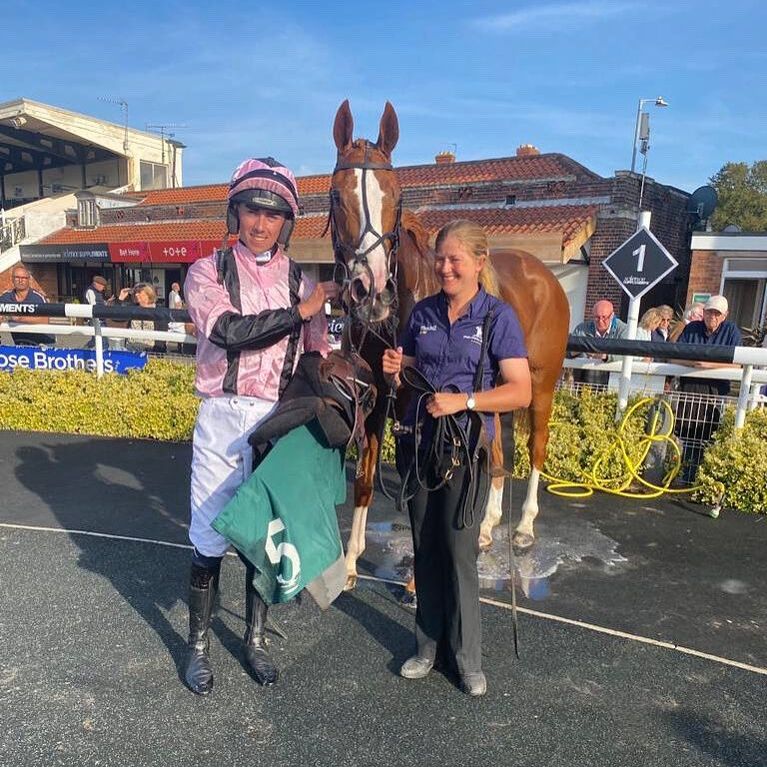 WORK ON THE GALLOPS

As Jonjo mentioned above, we have been very busy improving the 5-furlong gallop here at Jackdaws Castle.

​Doc and Florin worked alongside Jonjo's son Tom to remove the surface, take out the tarmac below, relay the tarmac and to reapply the specialist gallop surface.

As you can see, they all did a brilliant job! 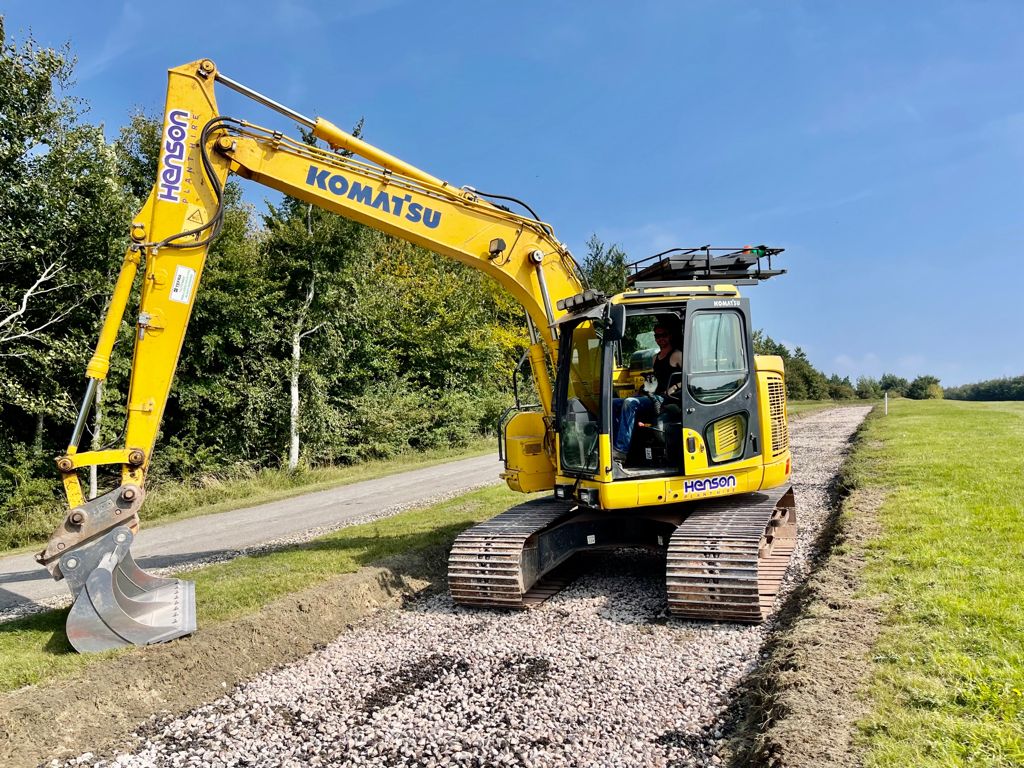 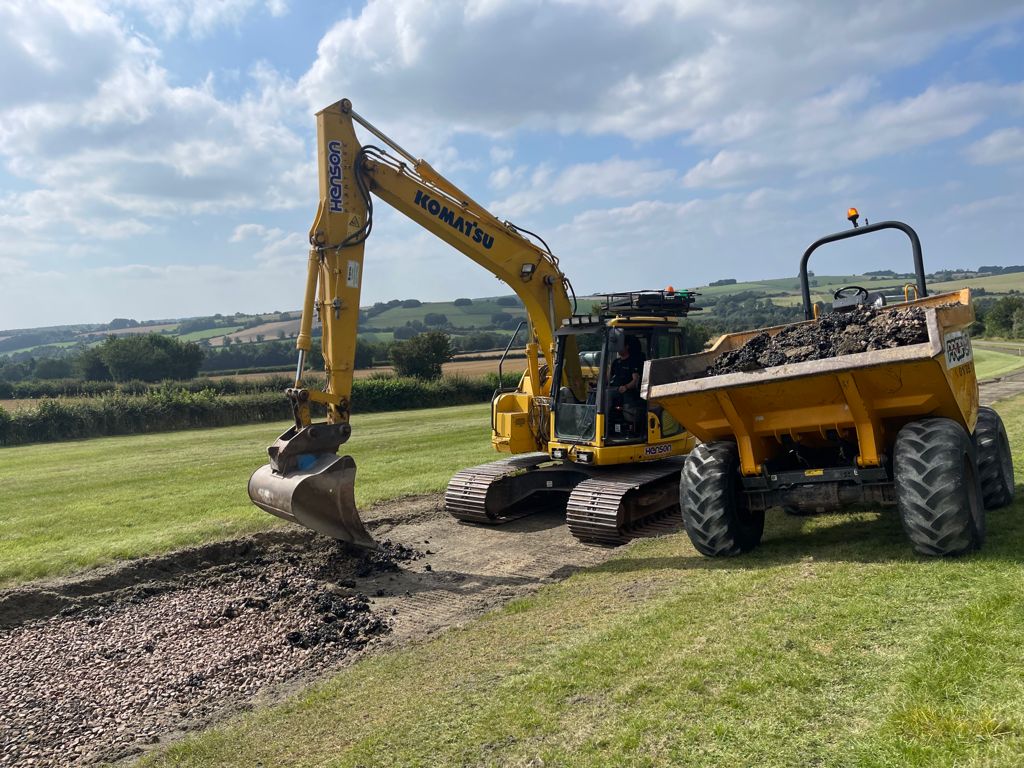 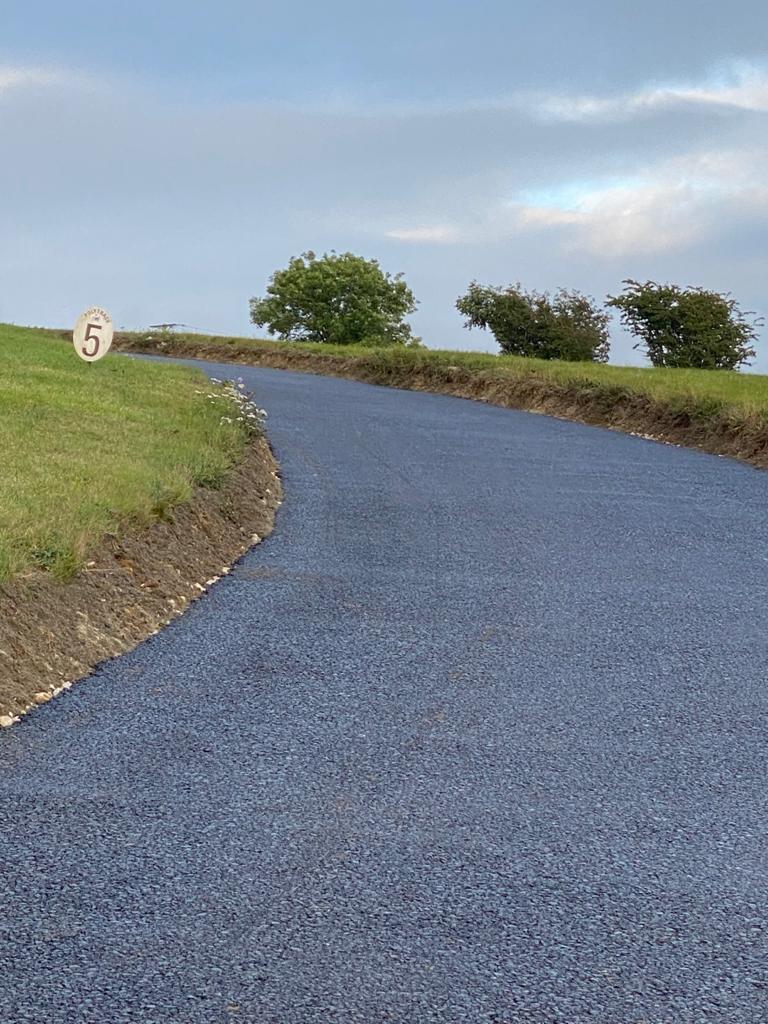 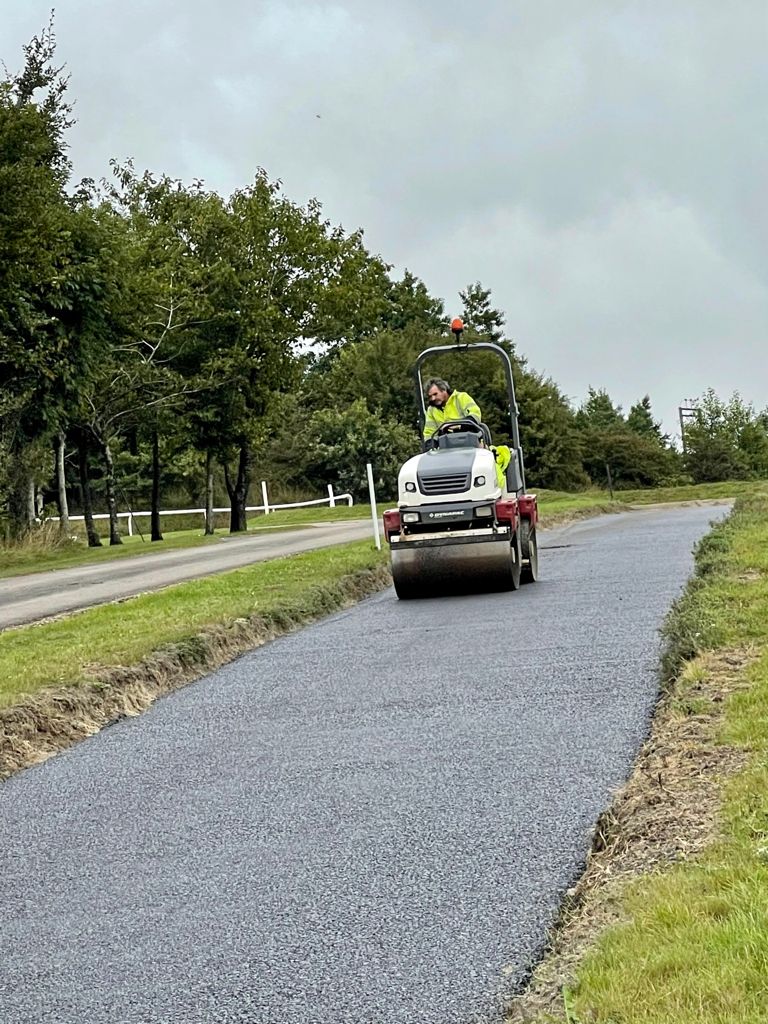 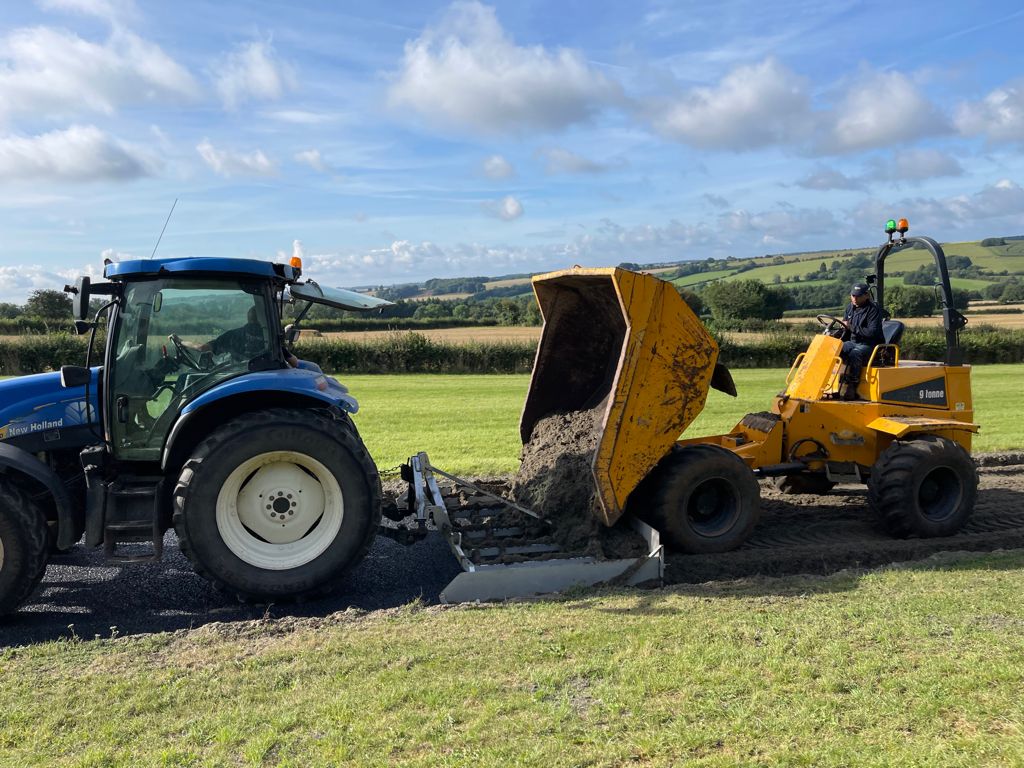 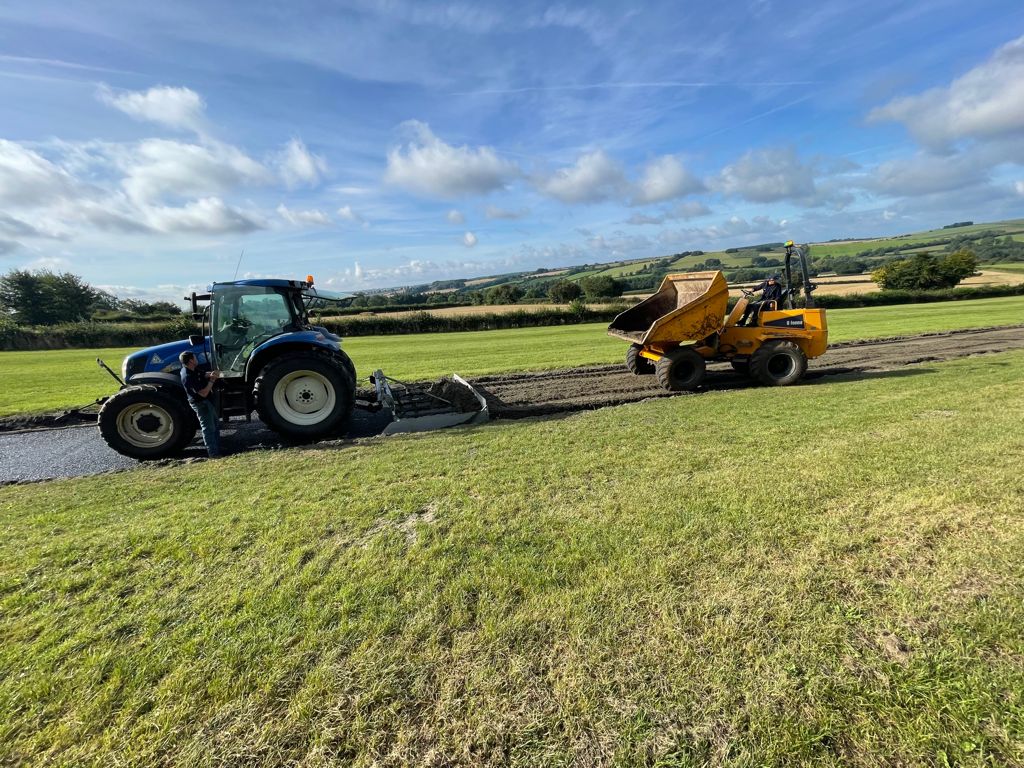 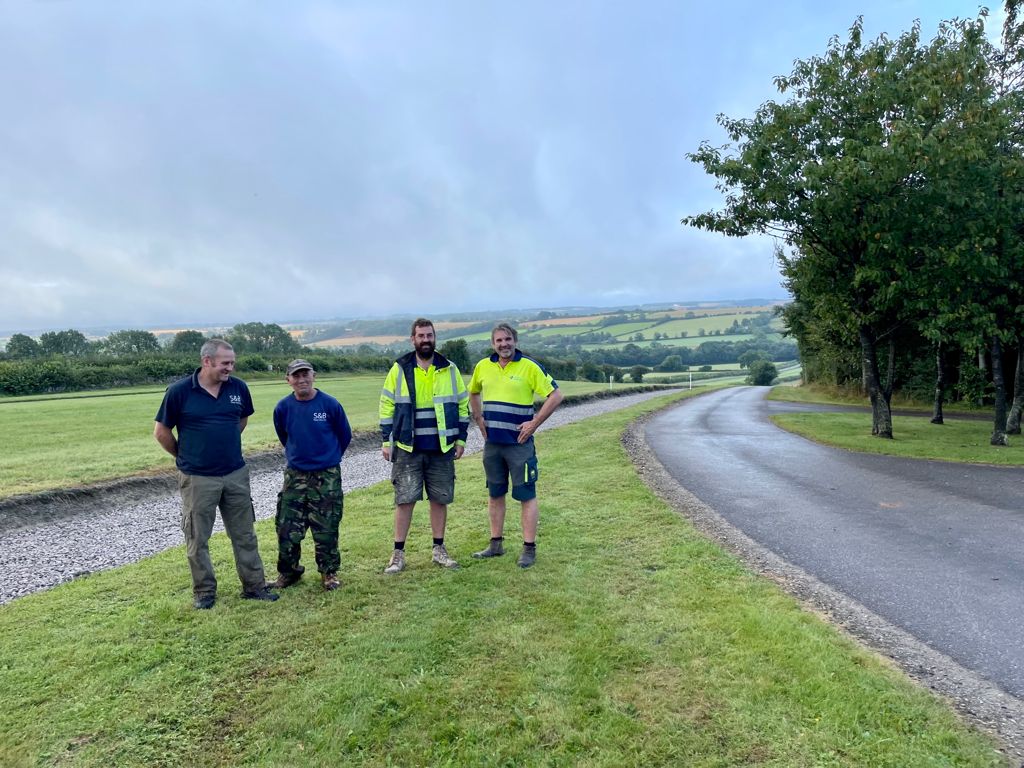 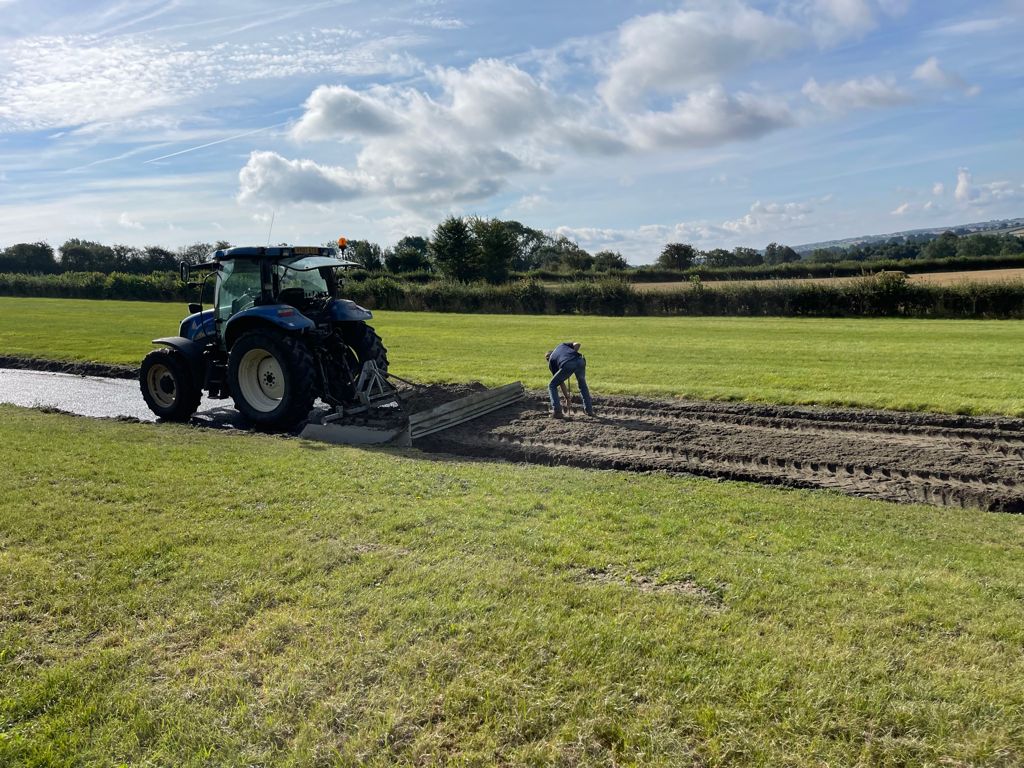 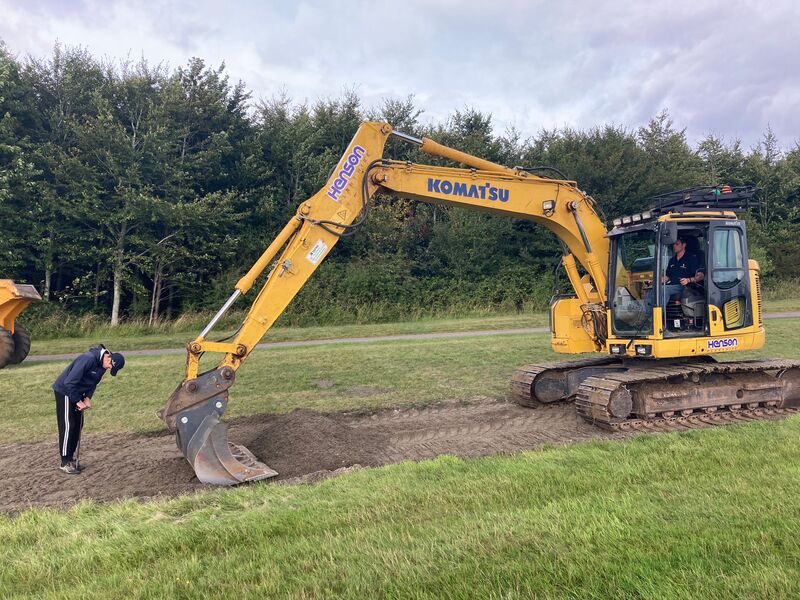 OUR NEW TRACK FOR THE HORSES

We have also been creating a lovely new track, that will compliment our adjacent 5-furlong "short" gallop.


Thank you to Tom Cooper Groundworks, along with Nigel Wilks from Woodbridge Construction for their assistance. 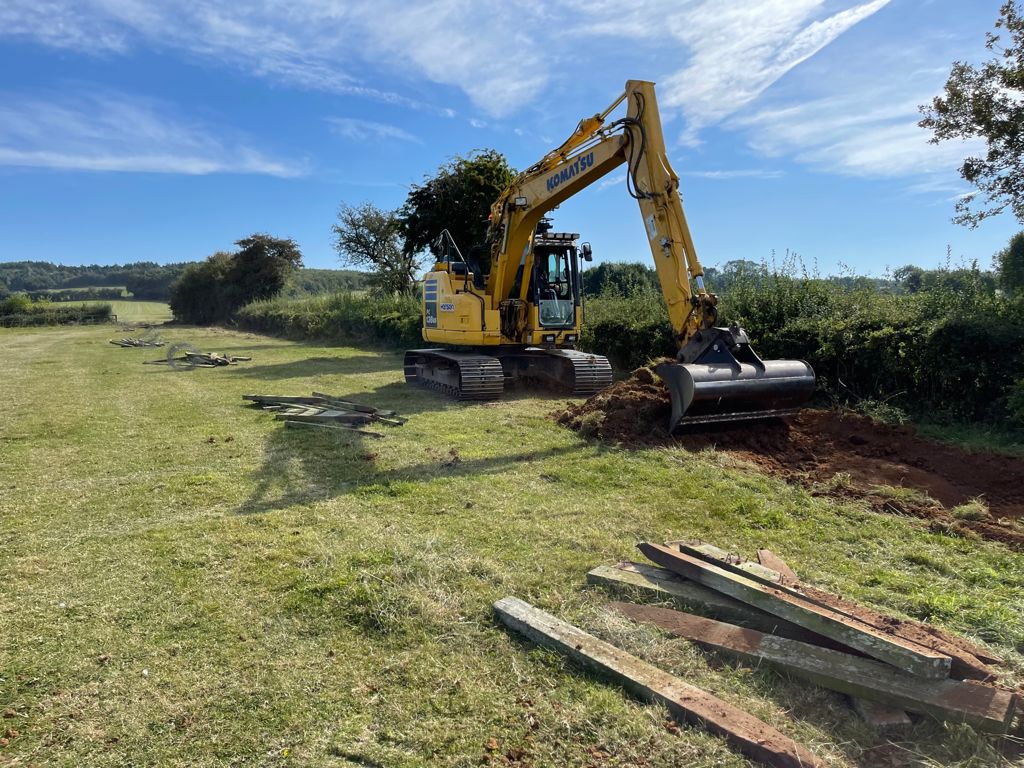 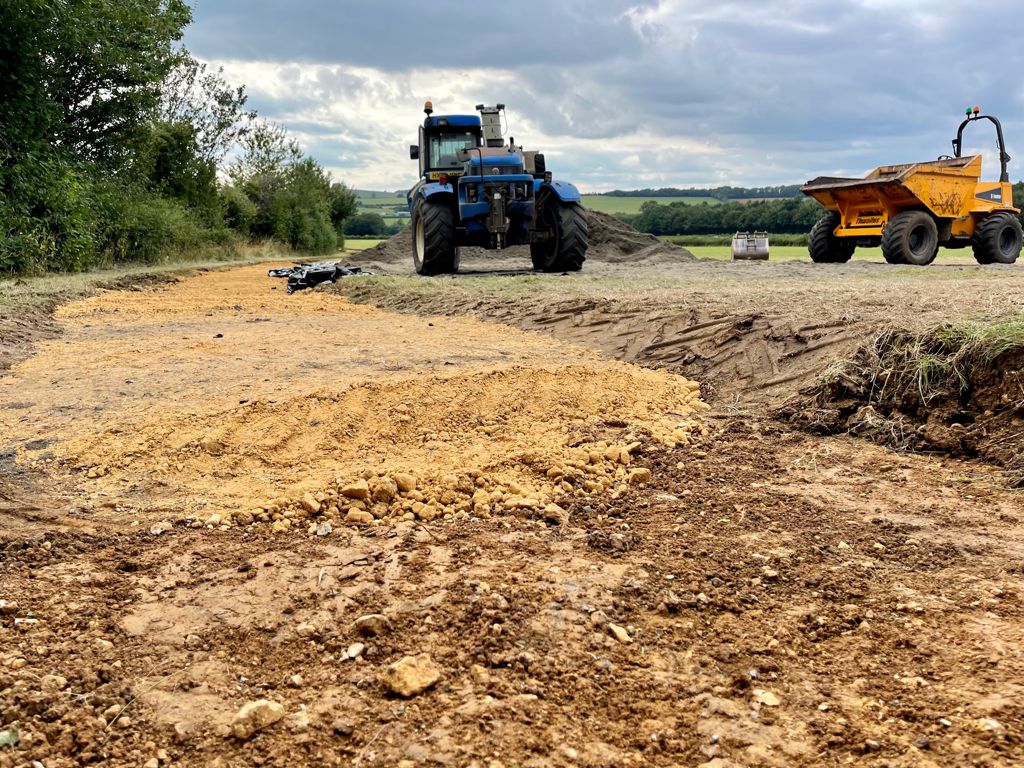 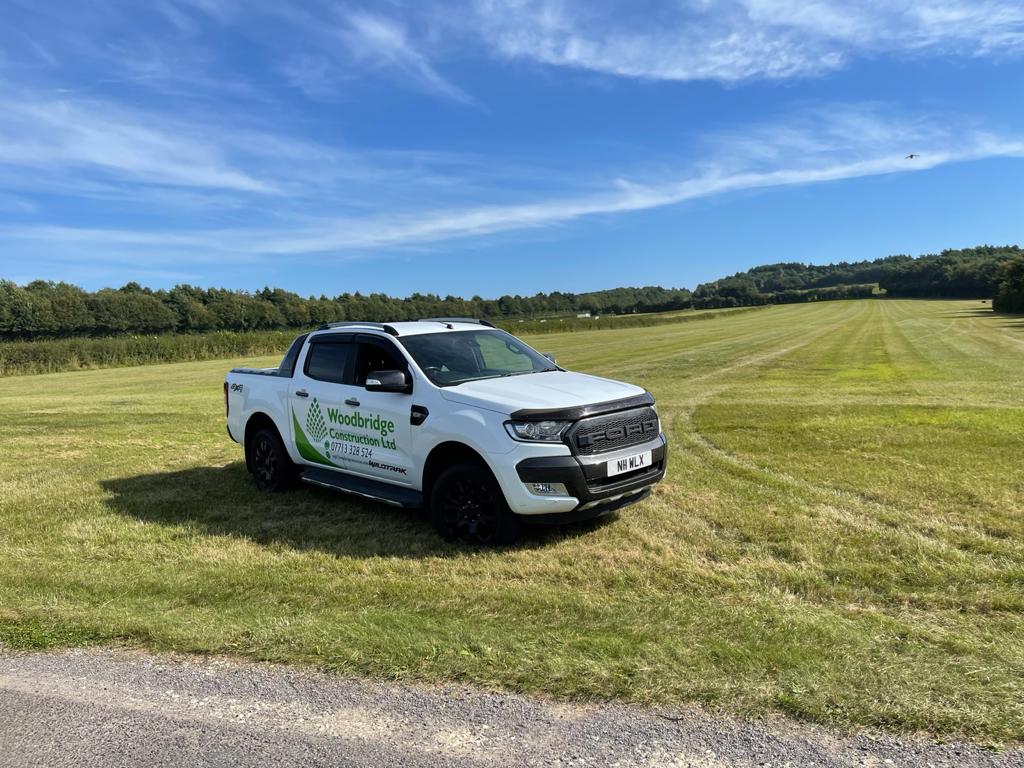 A classy type with wonderful action and quality. He is a full-brother to last season’s classy novice hurdling mare Magic Daze who finished runner-up in the Grade-2 Dawn Run Mares’ Novice Hurdle at the Cheltenham Festival and looks sure to feature in the top mares’ races over the coming seasons. Furthermore the third dam is the dam of Grade-1 Cheltenham Gold Cup winner Kicking King. This horse looks the type to improve over time and has the scope to jump fences

A sporty, strong filly with excellent action and plenty of substance. She looks a precocious type which is backed up further by the fact that she has Group-1 winning sprinter and stallion Equiano in the second dam of her pedigree. Her dam is also a half-sister to Hordago who won a Listed hurdle in Ireland and also won over hurdles and over fences at Cheltenham during a lengthy career.

​A scopey, quality type who is a most athletic mover. Like most horses by Mahler he is likely to improve with time as he matures and has plenty of scope to jump fences. His dam is a full-sister to Grade-2 winner, Grade-1 placed Winter Escape and also to the dams of Adicci and Rabski who have both won for Jonjo in recent seasons. Furthermore, the third dam produced Jonjo’s Grade-1 winner Black Jack Ketchum.

£22,000 + VAT
​​If you are interested in getting involved in racehorse ownership, please email us on racingoffice@jonjooneillracing.com for further information about any of the horses for sale.

EMPLOYEES OF THE MONTH

Congratulations to Florin and Doc who have been awarded our Employees of the Month for September.

They have both done an incredible job working on the short gallop.

Doc is a huge part of our Estate Management team, while Florin joined us again this year after 2 years living back home in Romania. 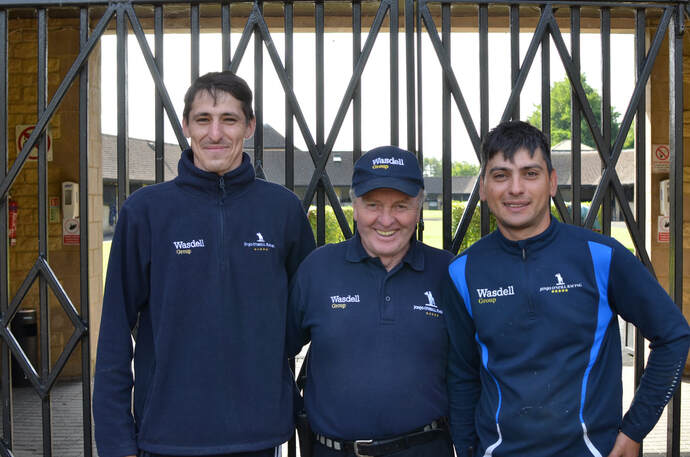 We spent a morning last weekend filming an advert with IMG.
​
AJ, Jamie, Will and Kevin were followed on the gallops by a specialist filming vehicle that has been used on films including Dream Horse that is in cinemas now!
​
It was a great morning and we can't wait to see the finished film. We will share it on our social media as soon as we're allowed! 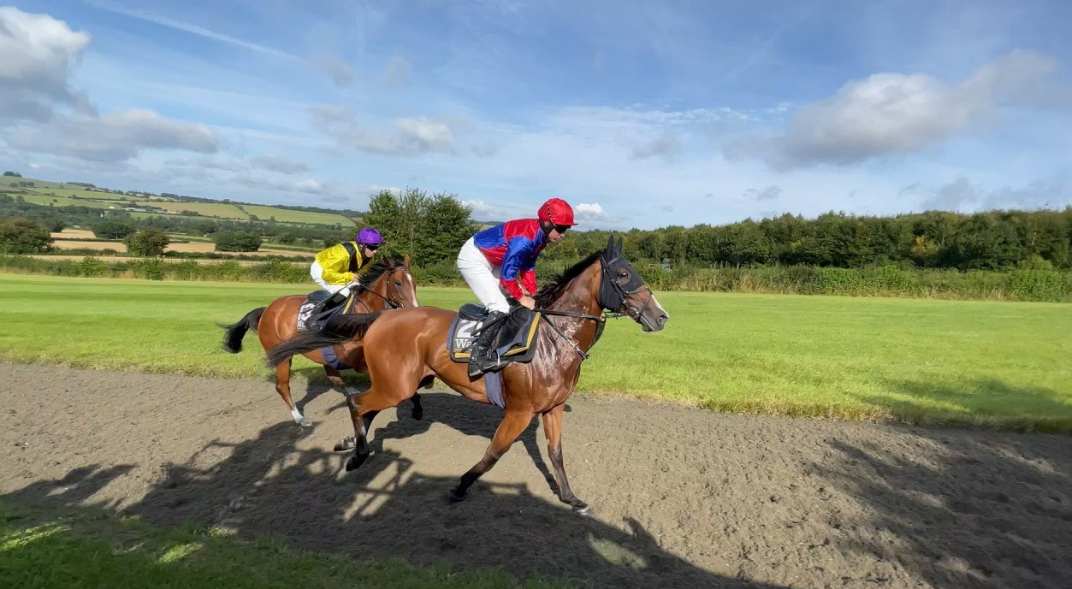 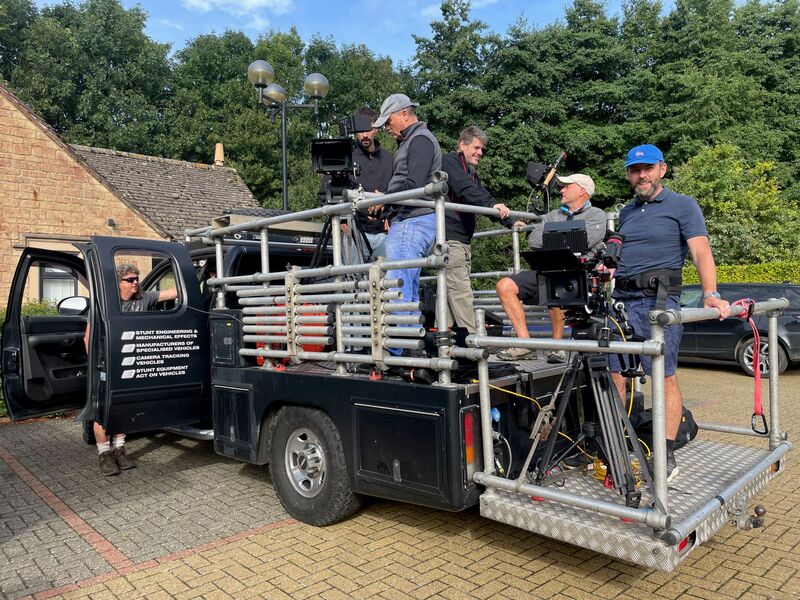 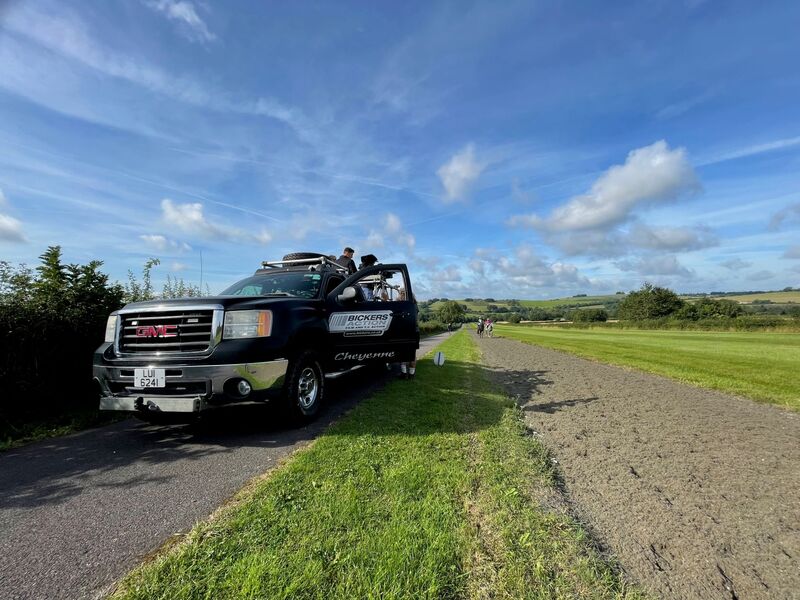 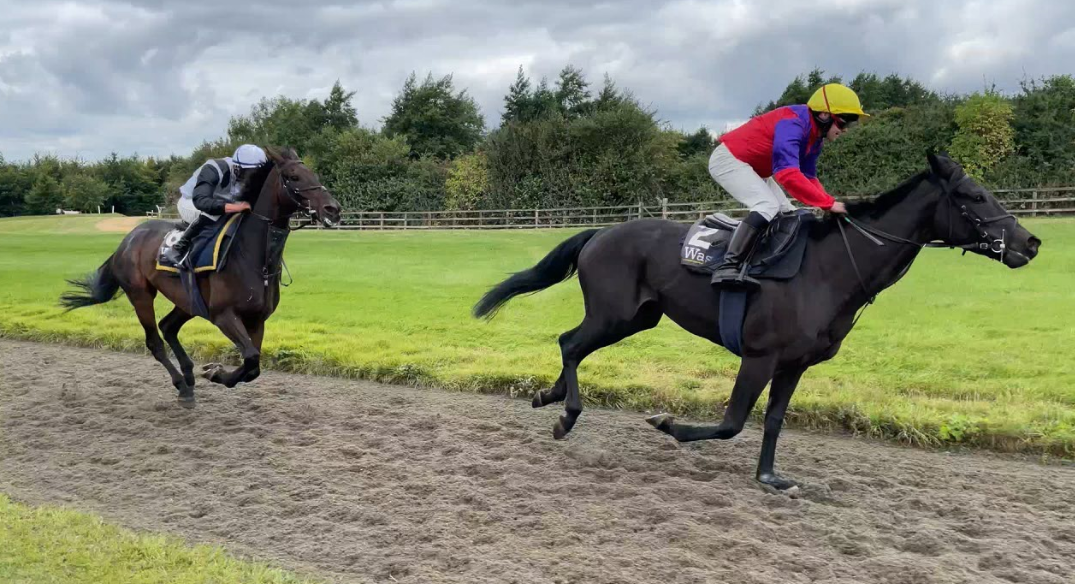 ​Paul Ferguson has written the latest edition of Jumpers to Follow for the upcoming season.

In the book, Paul chooses his horses to keep an eye on, as well as insight from various yards and jockeys.

Paul has chosen Springwell Bay to follow from here at Jackdaws Castle, and writes;

"It seems a while since the likes of Coolnagorna (Challow Novices' Hurdle), Spectroscope (Triumph Hurdle), Black Jack Ketchum (multiple Graded winner) and Holywell (dual Cheltenham Festival winner) were winning big races in the pale silks of Gay Smith, but the owner has invested in three interesting prospects for the upcoming season. All three were purchased at the Goff's Punchestown Sale, with the bill totalling €415,000.

Itso Fury chased home Dark Raven in the sales bumper at Fairyhouse and Anyharminasking won a four-year-old maiden Point, but arguably the most exciting is Springwell Bay, who ran a promising race in the Goffs Land Rover Bumper, for trainer Mags Mullins.

Ridden prominently throughout, the son of Kayf Tara was taken on by Adamantly Chosen on the home bend and the pair quickly got into a pulsating tussle. With the rail to help, Springwell Bay showed a fine attitude as the pair pulled nicely clear. Given the number of newcomers in the race, it is difficult to conclusively evaluate the form, but the front pair gave the impression that they could be above-average at the very least, and Hemlock (7th) did win a Perth bumper, after moving to trainer Robert Widger.

A half-brother tothe 140-rated Mint Condition, Springwell Bay should appreciate an extra half-mile once sent jumping, but being only four, might reappear in a bumper before any firm plans are made."

Also in the book, Jonjo O'Neill Jr. picks his Ten to Follow for the season ahead.

It's a fantastic book and a must for any jump racing enthusiast.

A MEAL OUT WITH THE TEAM

It was lovely to get the whole team together for a curry at Ali Babas, just down the road in Bourton on the Water. This was to celebrate a brilliant year last season and to look forward to hopefully a prosperous one this time around. 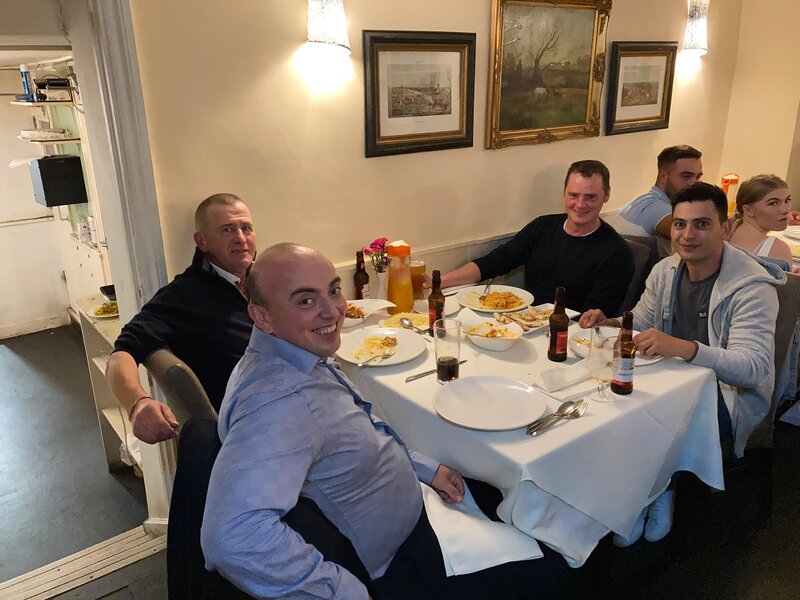 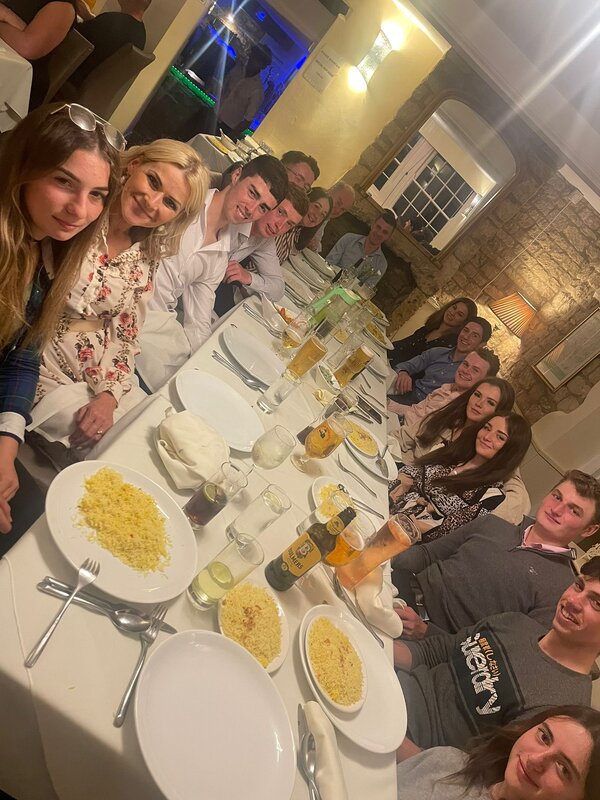 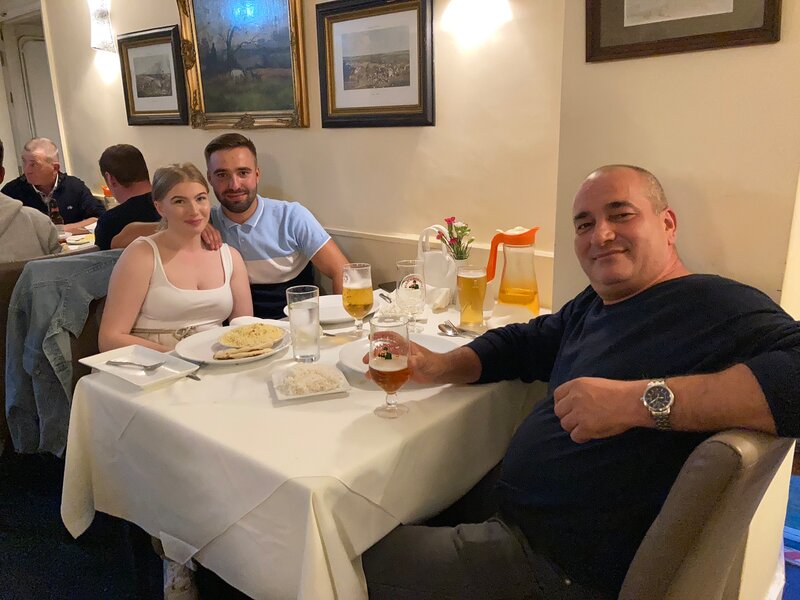 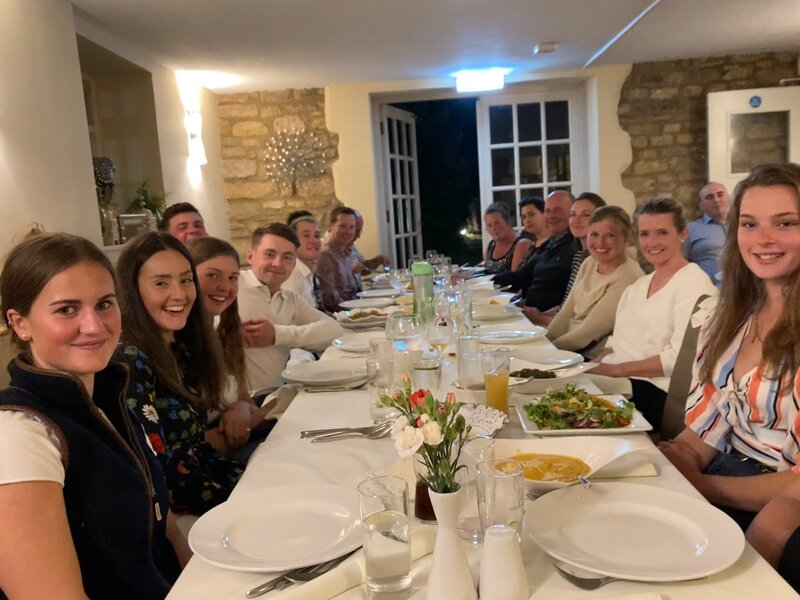 We enjoyed another brilliant visit from Jonjo O'Neill Racing Club members who all enjoyed a guided tour from Roger, starting on the round gallop to watch When You're Ready, before heading back back to the yard for a guided tour and to watch some horses swim.

The Jonjo O'Neill Racing Club is the perfect introduction to racehorse ownership, costing just £99 for the whole year.

For more information on how to join, please visit jonjooneillracingclub.co.uk 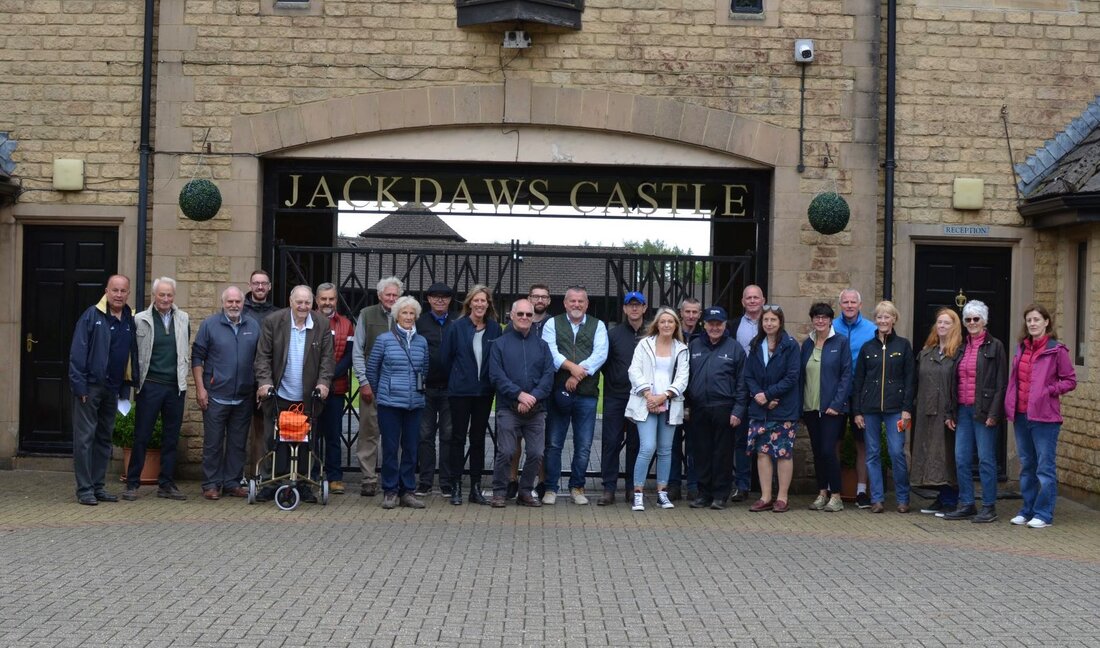 ​​We are delighted to offer VIP tours of Jackdaws Castle home of Jonjo O’Neill.  They offer a wonderful opportunity for horse racing enthusiasts to go behind the scenes at one of the most famous training centres in Europe and experience a once in a lifetime opportunity.

Our tours make perfect presents for any Birthday or Christmas with a personalised gift certificate for you to give on the special day.  Numbers on each tour are limited to ensure all guests receive the personal attention that will make their visit very special and a truly VIP experience.

Your day will start at the stunning Lygon Arms in Broadway for the ultimate breakfast experience, before making the short journey to Jackdaws Castle where you will enjoy a guided tour meeting the stable stars and  watching them on the gallops and in the equine pool.

Your tour ends with a visit to our Owners Suite where you could be joined by Jonjo himself for a photo opportunity and a chat.

The tour is priced at £250.00 plus vat, per person. To book please email pa@jonjooneillracing.com quoting VIP Stable Tours. 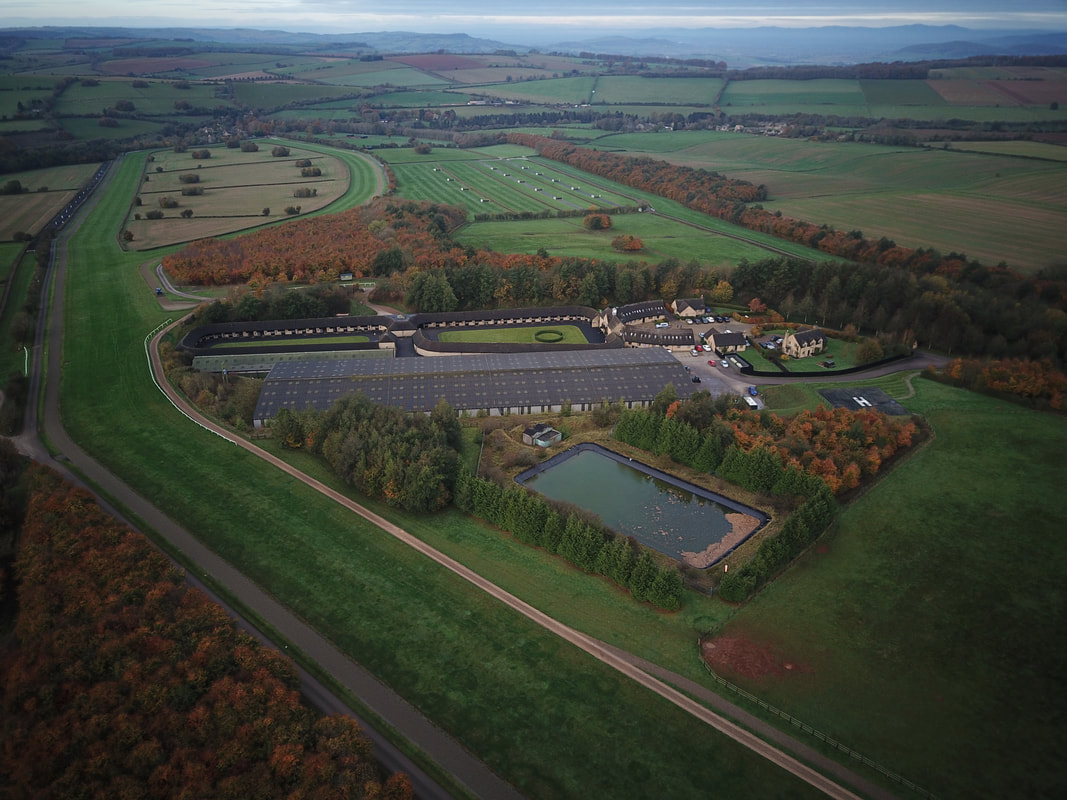 Did you know that Jonjo started training in 1986? This was the same year he retired from the saddle which means he has been training now for 35 years!

​His first winner came at Ayr in January 1987 with a horse called Shelbourne ridden by Frank Berry, father of our Head Lad Alan Berry. 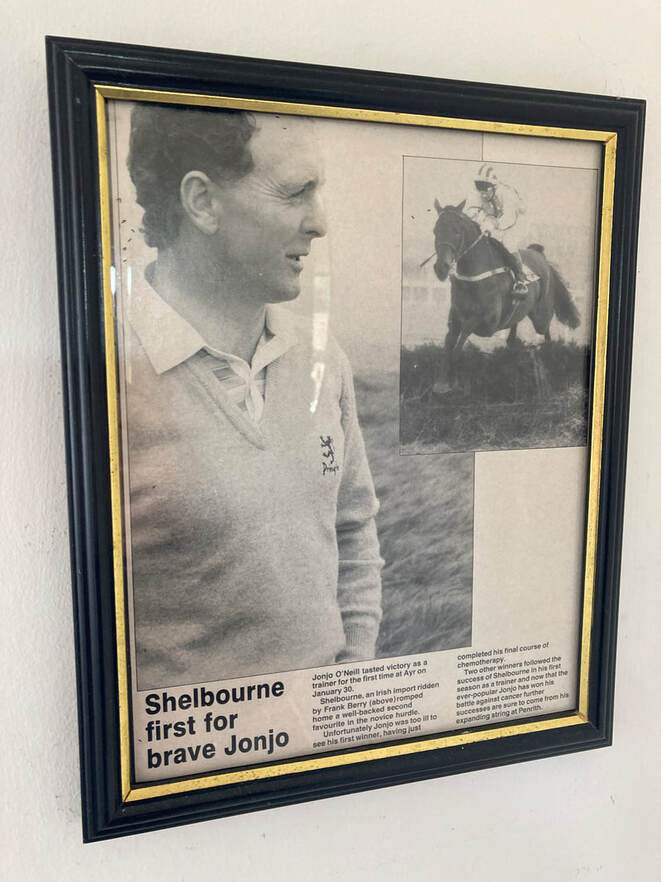 A huge happy September birthday to...