​
RELIEVED THAT RACING WILL CONTINUE

​October was a very productive month for us with 11 winners. We are now in 4th place in the Trainers' Championship with almost £200,000 in prize money to our name. Long may it continue!

The jockeys are all riding really well. Jonjo Jr. is having a good season so far, as is Richie McLernon who is having a brilliant time of things.  It was great to see Kevin and Philip, our new Conditionals,  getting off the mark for us too.

The careful nurturing of the younger horses bought in 2019 is paying off as they achieve greater maturity and I must add a big “thank you” to our patient owners who have waited for their horses. We have been lucky enough to be entrusted with some more lovely horses from the 2020 sales. This all bodes well for the future and we look forward to a time when we can all go racing again as we used to.

As we enter another lockdown, my thoughts go out to all the businesses that have to close their doors once again. It was a relief that they have allowed racing and other professional sports to continue, not only for our sanity but because our horses are running so well. Not everyone will come out of this well but I pray that the carnage can be reduced to the lowest possible level.

We enjoyed 11 winners throughout October. Huge congratulations to all the connections.

ARRIVEDERCI MAKES IT 30 FOR THE SEASON SO FAR!

Arrivederci brought us our 30th winner of the season with an impressive performance at Wetherby  in the hands of Johnny Burke.

Huge congratulations to Steve Broughton, Derek Coles, Mike Hammond, Nick Brand, Nick and Ange Bate, and Martin and Jocelyn Broughton who were there to pick up the trophy.

Apache Creek made it 2 wins on the bounce with victory at Wetherby, very well ridden by Richie McLernon.

​Huge congratulations once again to Chris and Lesley, Tony and Anne, Steve and Sheila, and David and Jenny of Team Tuff.

​WHEN YOU'RE READY WINS AT STRATFORD

Kevin Brogan produced a brilliant ride on When You're Ready to win at Stratford.

We are delighted for Richard and Donna Evans on their second success in a week after Tegerek's win at Cheltenham.

It was great to watch Skylanna Breeze win so well in the hands of Jonjo Jr.

We are delighted for The Three Cabelleros partnership - Alan Nolan, Ian Fray and Tony Brookes.

Pressure Sensitive stayed on gamely to hold off stiff competition on the run in to win the bumper by a neck at Bangor in the hands of Jonjo Jr.

Huge congratulations to owner Danny Walker on his first winner!

Tegerek finished very strongly to give Kevin Brogan his first winner for us at Cheltenham in the colours of Richard and Donna Evans.

Gaston Phebus made a winning start for for us at Carlisle in the hands of Jonjo Jr, holding off the second favourite  O'Hanrahan Bridge in the last 100 yards.

Rabski produced an impressive performance on his debut in the bumper at Ffos Las.

Huge congratulations to owner Siobhan McAuley and to Philip Armson for riding his first winner for us.

Carys' Commodity brought our winners tally to 22 this season with an impressive 14-length victory at Fakenham.

The 5-year-old travelled strongly throughout the race in the hands of Jonjo Jr.  for owner Mrs Fitri Hay.

Prince Esculas made an impressive start to his hurdling career with an 8 length victory at Huntingdon.

Many congratulations to The As You Like It Syndicate - The Honourable Elizabeth  Wills, Diane & Helen Benussi, Pamela Carter & Tracey Reddings.

Soaring Glory made a great start to his novice hurdling career at Chepstow under a lovely ride from Jonjo O'Neill Jr.

A VISIT FROM YOGI BREISNER

We had a recent visit from the wonderful Yogi Breisner, who worked with our jockeys and horses to help with their jumping techniques.

It was an absolute brilliant morning with our team learning so much and thanks to Yogi for his time and knowledge.

We have created a video to give you an insight into what Yogi does.

EMPLOYEES OF THE MONTH

Congratulations to Kevin Brogan and Philip Armson for riding their first winners for us in October.
They both joined us in the summer as Conditional Jockeys and have been a great asset for the yard and team.
We have asked them a few questions so you can get to know them a little better.

How did you get into racing?
I first starting riding in my uncle's yard when I was about 11 and instantly got the “bug” so to speak. Not too long after I heard about the racing schooling at the Curragh in Kildare, (RACE) and ever since I had my heart set at attending the Trainee Jockey course.

How long have you been at Jonjo O'Neill Racing?
I've been here for around 3 months, coming from Gordon Elliot's yard in Ireland.

What is your favourite part of the job?
Going through my races with Jonjo afterwards and getting his feedback which is invaluable.

What is you best moment in racing so far?
Winning on Tegerek at Cheltenham was brilliant. It was a great place to ride my first winner in England!

What do you hope to achieve?
I would love to ride out my claim which is a long way away. I just look to improve all the time and get fitter and strong and ride as many winners as I possible can.
​

​How did you get into racing?
My dad was a jockey and trains his own horses. I started pony racing and got the bug!

How long have you been at Jonjo O'Neill Racing?
I arrived at the beginning of August after working at my dad's yard in Derbyshire.

What is your favourite part of the job?
Having the opportunity to ride good horses and being given the chance to ride for Jonjo at the races is incredible.

What is you best moment in racing so far?
Definitely riding the winner on Rabski. He was my first ride for Jonjo O'Neill Racing and it was great to win on him. I also rode a 66/1 winner for dad called Kilcaragh Boy at Hexham which was a great day.

What do you hope to achieve?
To ride a winner in the JP colours would be amazing! 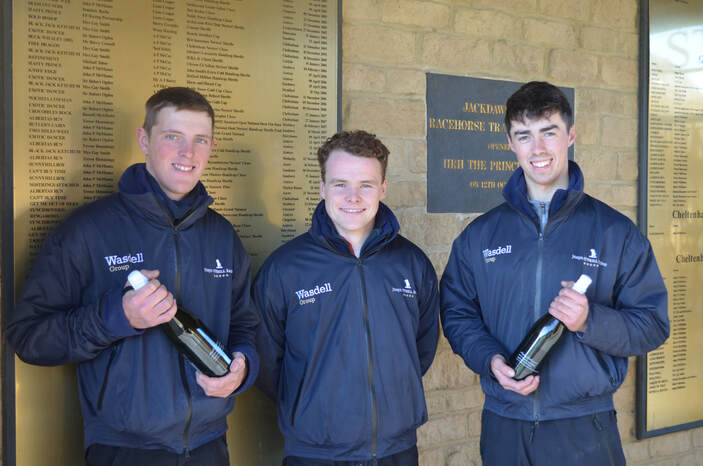 AJ presenting Philip (left) and Kevin with their awards

We are delighted to introduce the totally new Jonjo O’Neill Racing Club for 2021.

The club will be officially launched on 1st December 2020 but as a supporter of Jonjo we are pleased to give you advance notice to register to receive priority details about the Club and the opportunity to become a member before general release.

The Club will lease two horses for a 12 month period, both are jumpers with winning form. One will race over the Autumn/Winter period with a handicap mark of 130+ and the second one over the Summer period with a handicap mark of 110 so members should enjoy racecourse action all year round.  The club racing silks will be the very distinctive and famous colours worn by Jonjo himself on Sea Pigeon to win the Ebor on the Flat and the Champion Hurdle.

A share in the club costs £99 for one year’s membership. Membership benefits include a dedicated website with members login, racecourse badges to watch the racing club's horses run, the opportunity to visit Jackdaws Castle for a morning on the gallops, a share of prize money won, regular updates on the club's horses with running plans and post race analysis and the services of a dedicated racing manager.

To receive advance information on the Jonjo O’Neill Racing Club before the initial launch, including full details on the club’s horses and the opportunity to join, please email roger@jonjooneillracing.com.

If you are looking for Christmas present ideas, membership of the Jonjo O’Neill Racing Club could be the perfect gift. 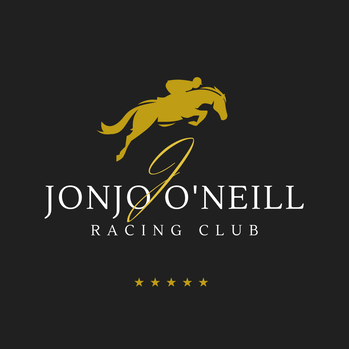 .
There was a lovely interview in The Jockey Club's Kalendar Magazine with "The Two Jonjos".

You can read the interview by clicking the button below.
KALENDAR MAGAZINE INTERVIEW

Here are the upcoming sales.


Please get in touch for further information and to see what we currently have for sale. 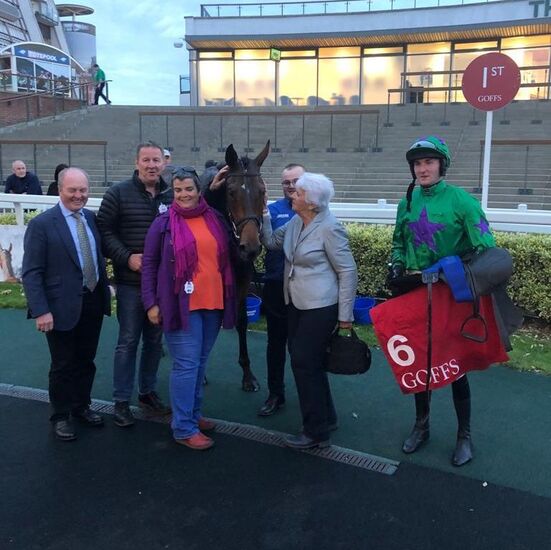 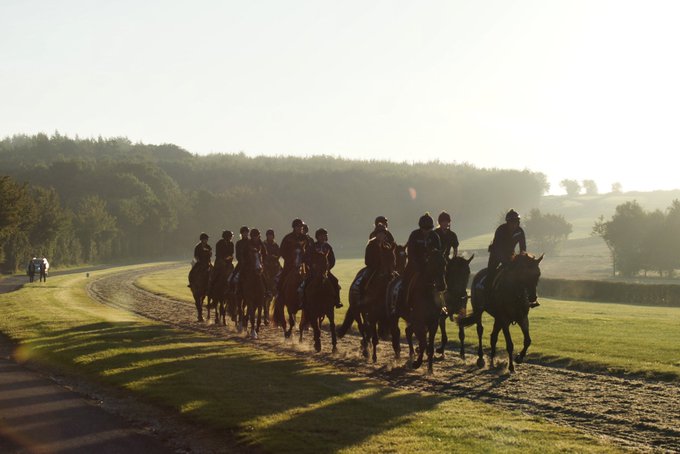 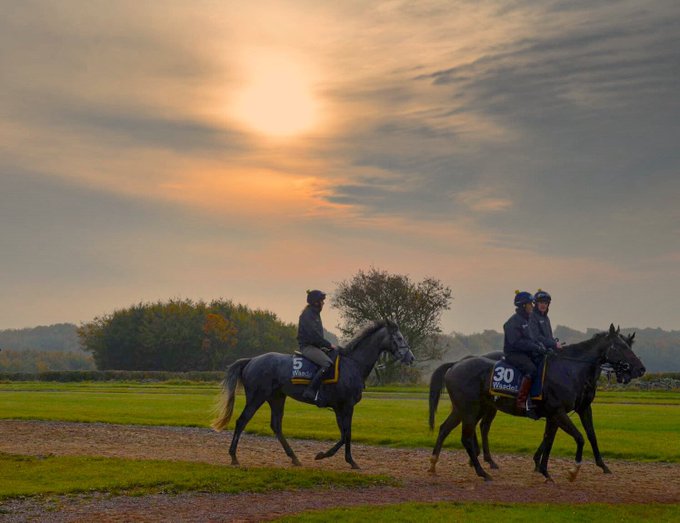 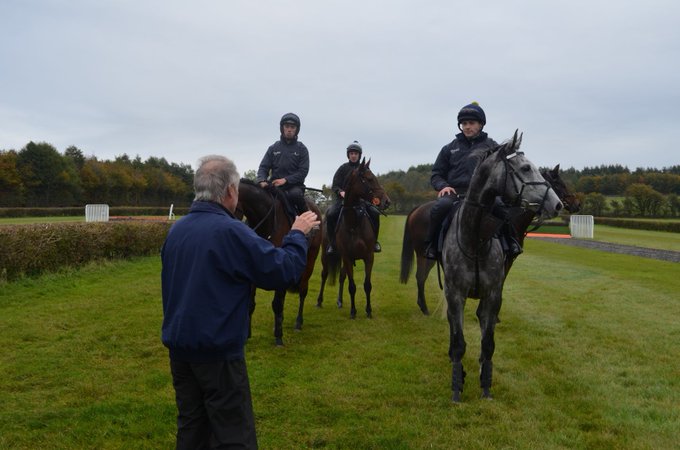 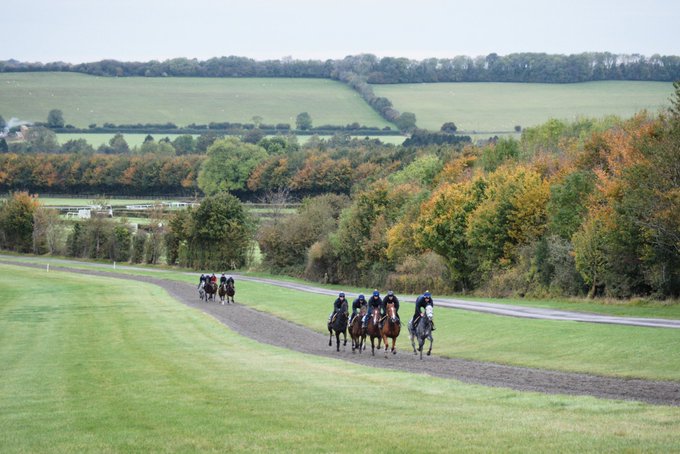 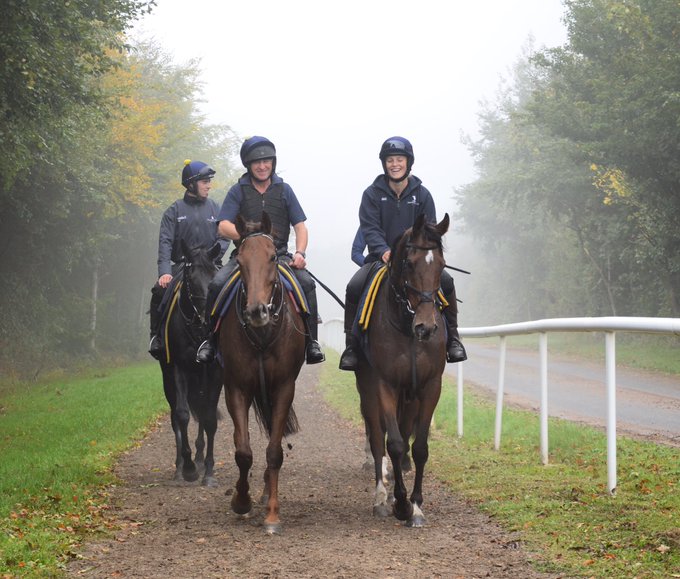 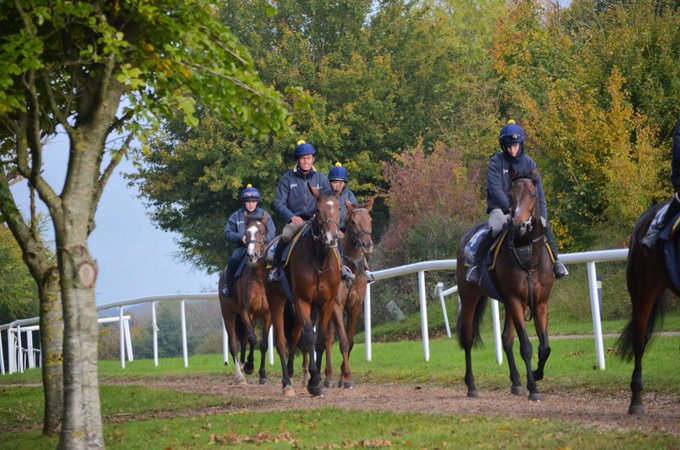 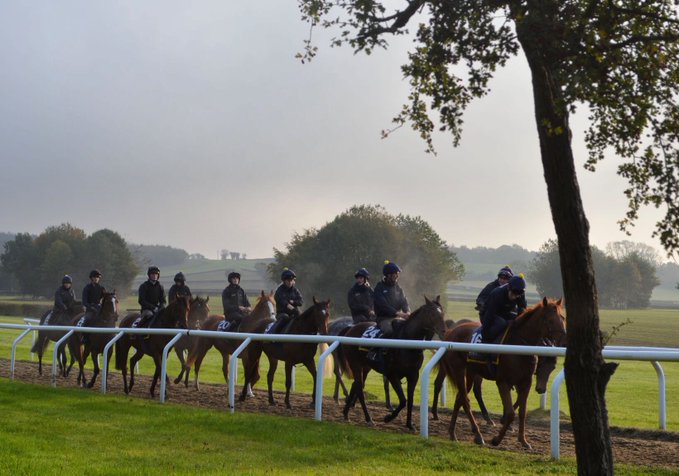 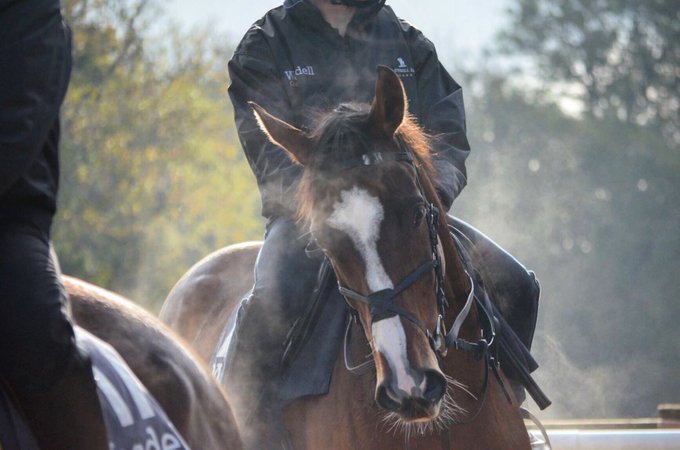 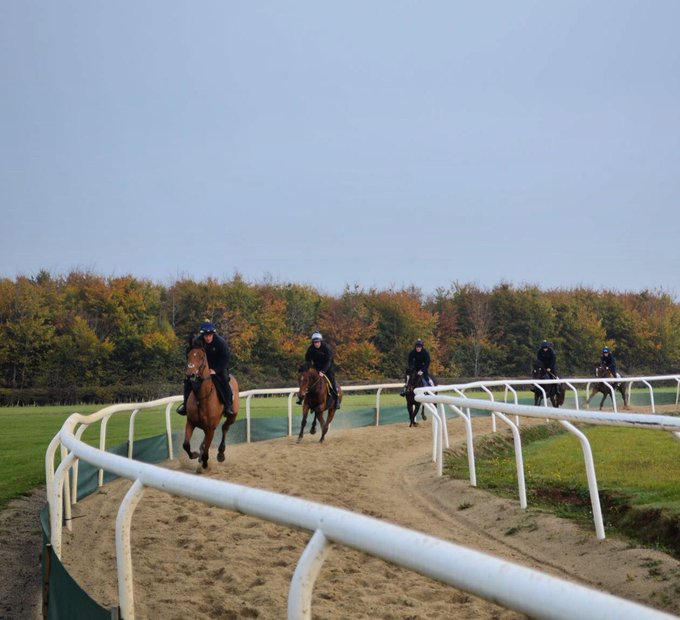 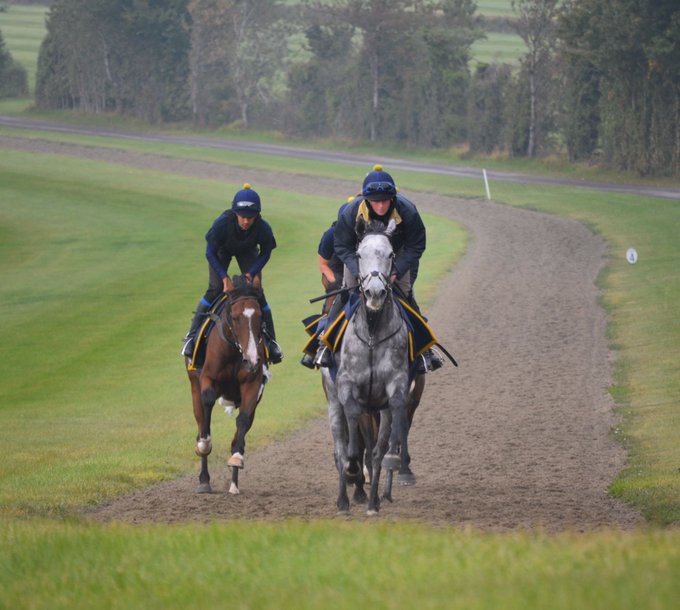 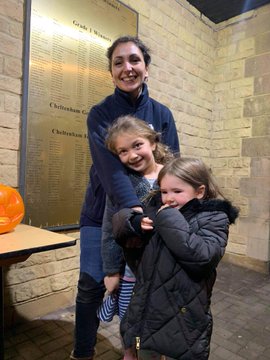 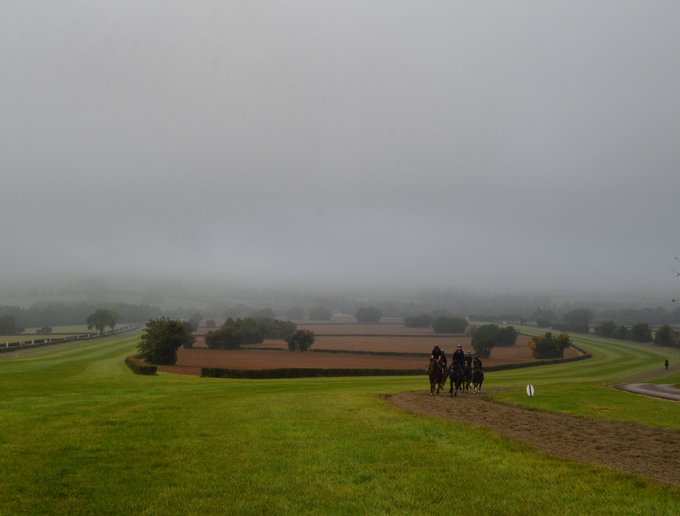 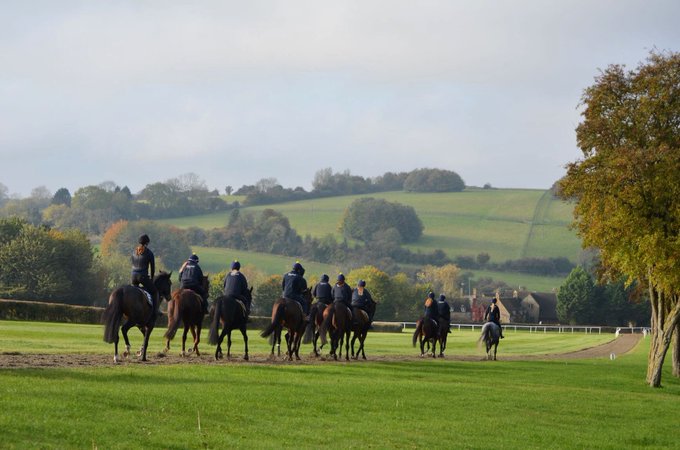 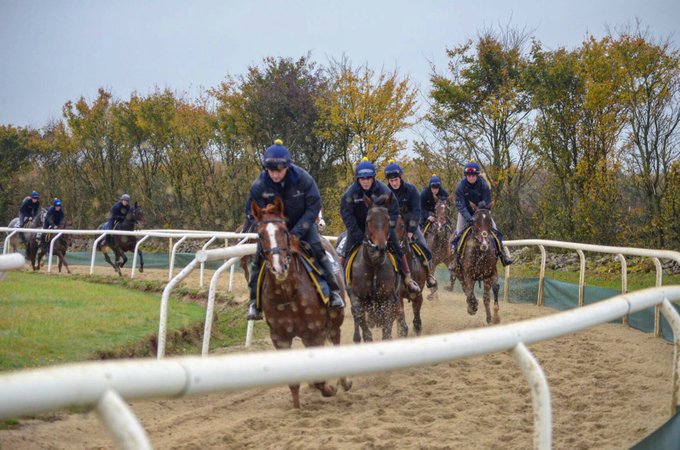 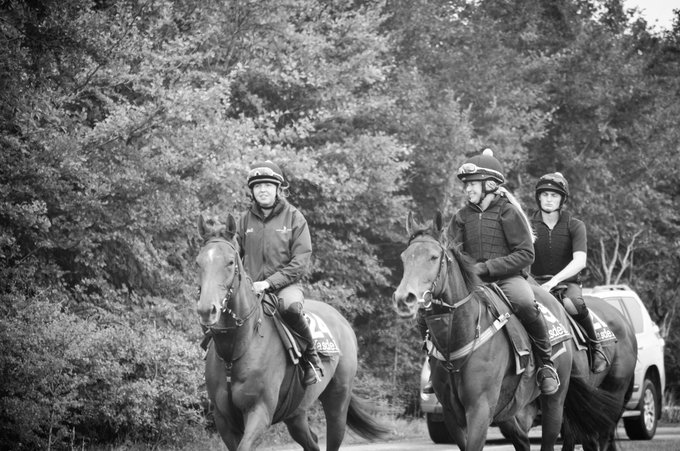 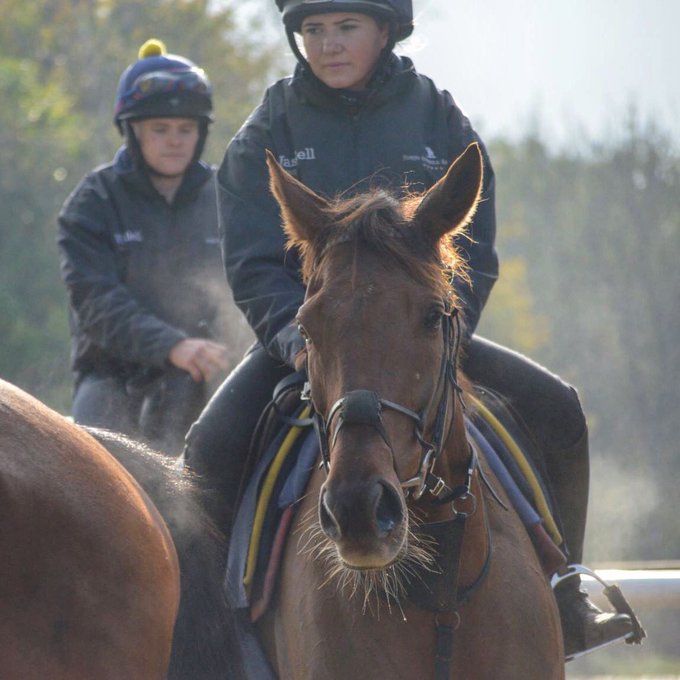 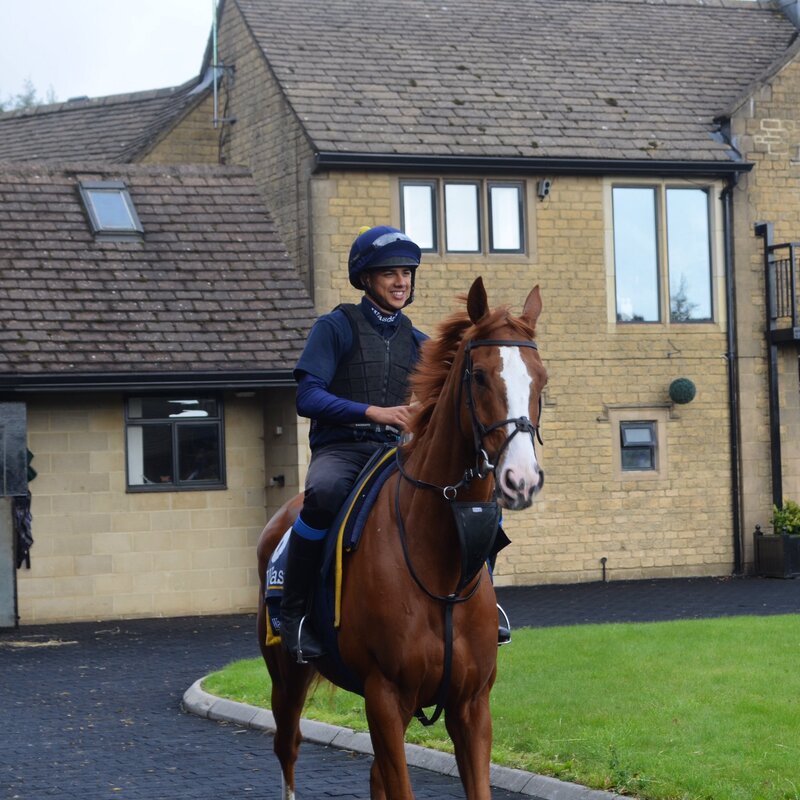 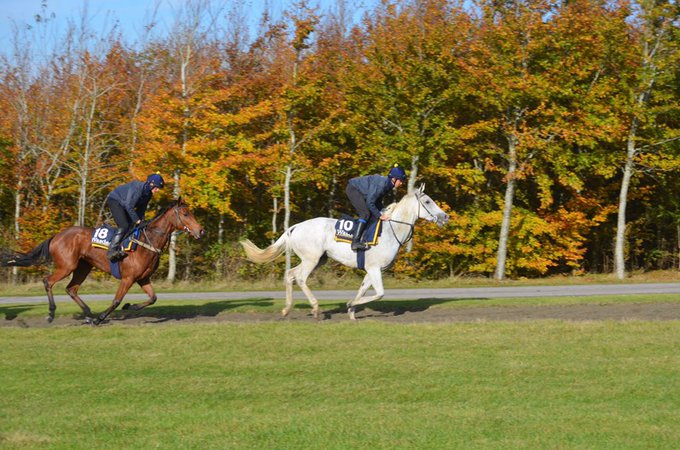 A huge November Happy Birthday to...

We are doing our best to entertain you all on our social media channels sharing all sorts of things including quizzes, race replays and everything that is going on here at Jackdaws during the pandemic.

Please give us a follow on all of them if you're not already! Here are all the links.