​
INTO THE NEW SEASON

​Can you believe we are already in June and over a month into the new season?

The weather has certainly been indifferent. I can't actually remember the last time summer meetings were called off due to it being too hard, then too soft within a fortnight!

We have still managed to have over 50 runners, with 10 winners and 35 places which is extremely pleasing.

An Tailliur impressed us, winning 3 times in 12 days at Market Rasen, Worcester and Southwell respectively.

We were delighted with how Garry Clermont won at Warwick and the improving Coeur Serein making it 3 wins in succession at Huntingdon.

We have been buying future stars at the sales. Thank you to all of you who have got involved. It's always an exciting time of year looking ahead to the winter jump season.

Thank you for all your incredible continued support.

An Tailliur wins at Market Rasen

An Tailliur won for the time under a patient ride by Jonjo Jr. to get us off the mark for the new season at Market Rasen.

The pair chased the leaders after 3-out and stayed on well in the run in to win comfortably by 4¾ lengths.

​Many congratulations to owners Pat and Nan Hickey

Garry Clermont put in an impressive display to win the most valuable race of the evening at Warwick.

Jonjo O'Neill Jr. had him disputing third home turn, before making a strong challenge approaching last and going clear in the run-in.

​We are absolutely thrilled for owners Mary and Kate!

An Tailliur wins at Worcester

An Tailliur followed up his win at Market Rasen last Friday with victory in the Conditional Jockeys' Handicap Hurdle at Worcester, under a confident Kevin Brogan ride.

The pair were always travelling well in midfield and pushed on 3-out, before disputing lead approaching last and going away clear in the run-in.

​Congratulations once again to Pat and Nan Hickey!

A double at Huntingdon

We enjoyed a quick-fire double at Huntingdon with both Joly Maker and Coeur Serein winning.

Will Marshall produced a great ride to get Joly Maker up in the last 50 yards to win by half a length in the colours of JP McManus. Congratulations to Will on riding his first winner for us.

This was followed up in the very next race as Coeur Serein completed a hat-trick of victories in the hands of Jonjo O'Neill Jr.

They were prominent throughout the race and kept on strongly to secure an impressive victory.

An Tailliur completes hat-trick at Southwell

An Tailliur made it 3 wins in 12 days with a comfortable victory at Southwell, in the hands of Jonjo Jr.

The pair raced in second for the majority of the race, before making smooth headway to lead after 3 out. They went clear approaching last to complete an 11-length victory.

​Huge congratulations once again to owners Pat and Nan Hickey.

Lock's Corner and Richie McLernon continued where they left off last season with a comfortable victory at Stratford.

The pair sat third in a three runner race and pounced in the last 110 yards to run on well and win by a length and a quarter.

​We have worked with the brilliant Film It Productions who have created a brand new promotional video for Jonjo O'Neill Racing, showcasing the facilities, the horses and our hard-working team who work tirelessly to ensure that Jackdaws Castle looks its best and offers the highest standard of care for our horses.

​Many of the horses continue to enjoy their summer holidays. Their coats are looking wonderful and healthy in this warm weather. 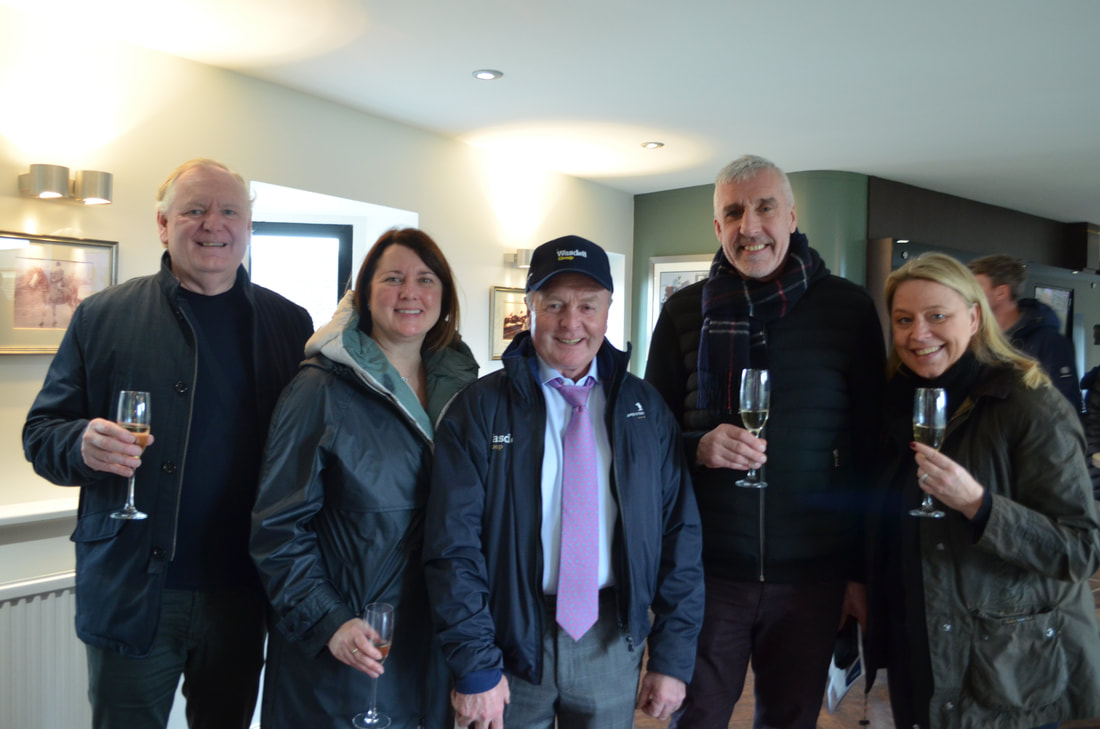 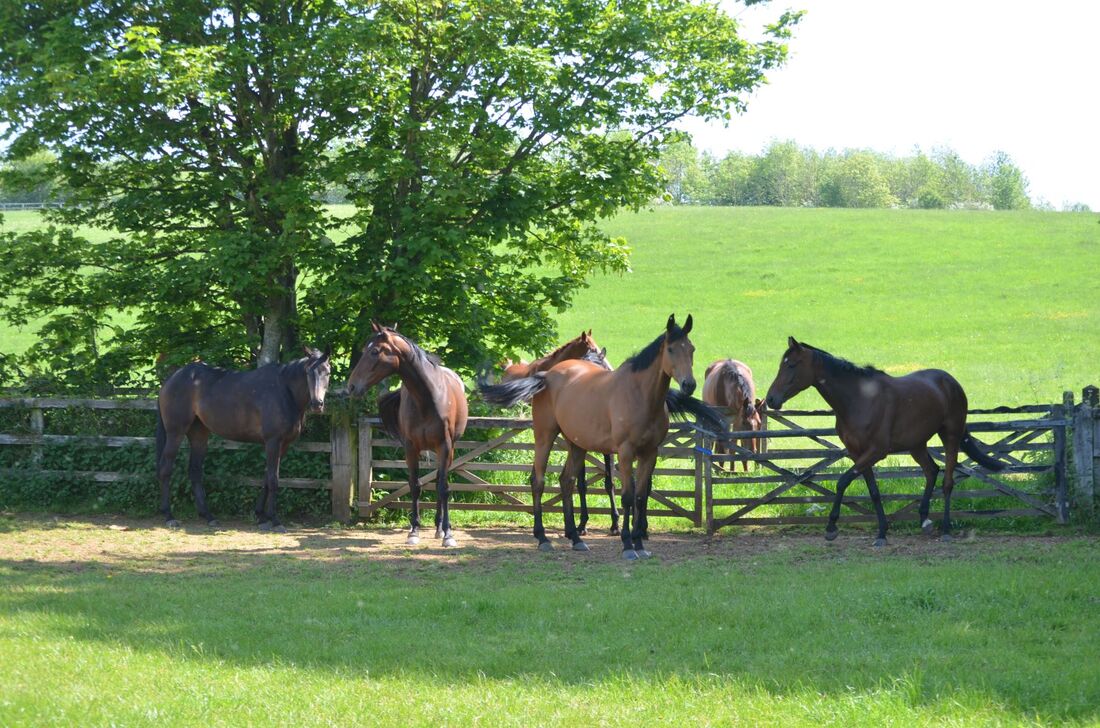 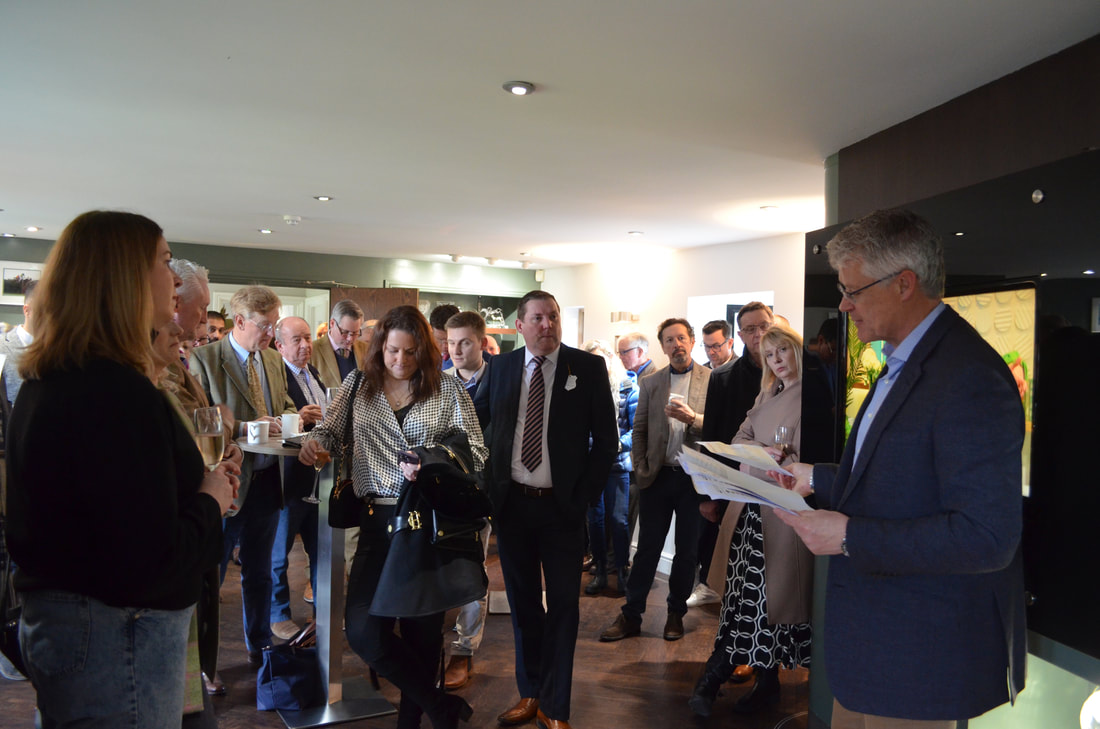 KNOWN, DJANGO DJANGO AND ON THE BANDWAGON IN THE SUNSHINE 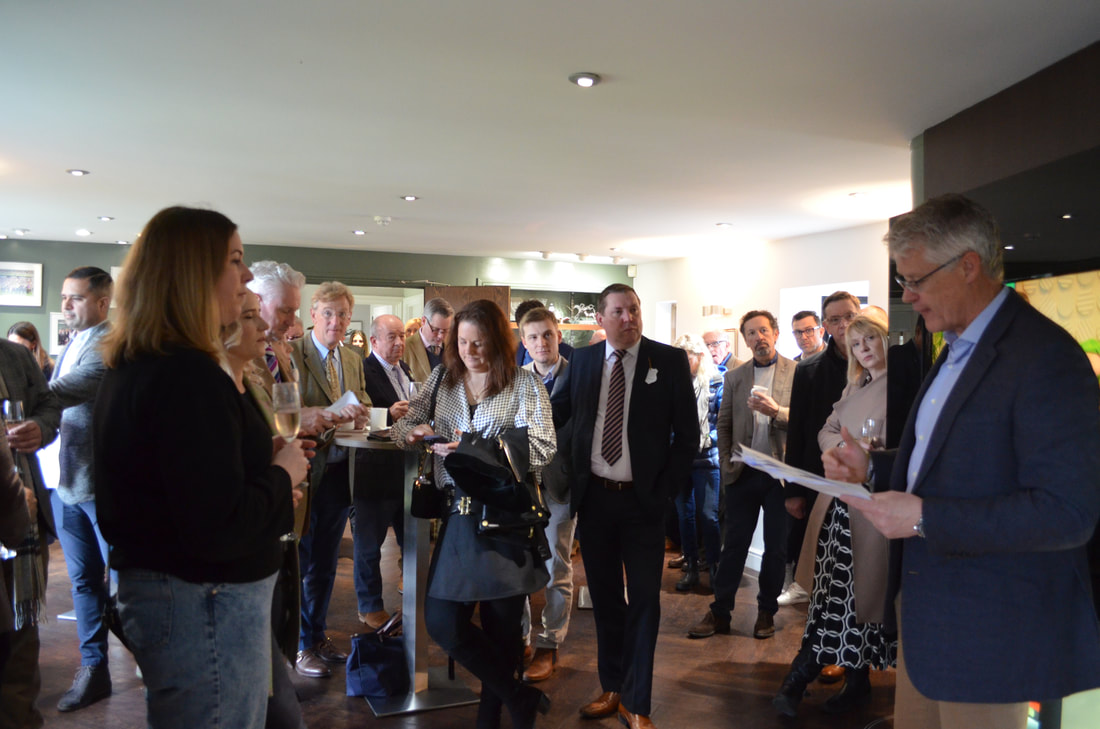 Congratulations to Will Marshall who has been awarded our Employee of the Month.

Will is one of our Conditional jockey's here at Jackdaws Castle and rode is first winner for us aboard Joly Maker at Huntingdon in May.

What's your background.
I always wanted to be a jockey so went hunting lots growing up. I was at Dan Skelton's for 5 seasons before joining the team here at Jackdaws Castle.

How long have you been at Jonjo O'Neill Racing?
I arrived in January of this year, so its around 5 months now. I love it!

What is your favourite part of the job?
Working under Jonjo. He's achieved everything as a trainer and jockey and he's a great person to learn from.

What is you best moment in racing so far?
​Winning on Sam Red at Cheltenham in 2018 for Dan. It was the 100th winner of the season which made it special. Winning on Joly Maker for Jonjo last month in JP's colours was also very special. 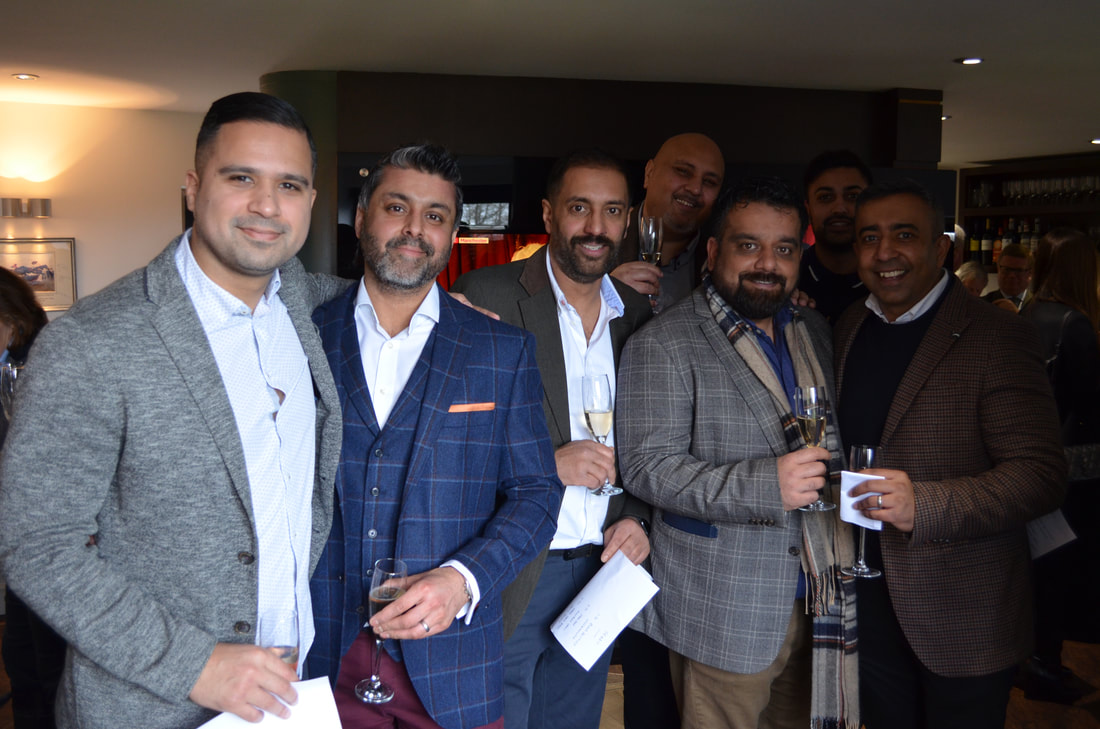 He gave us a day we, and many others, will cherish forever and deserves all the fuss he gets at home in Martinstown.

WHAT A DIFFERENCE A MONTH MAKES

​With all the rain and cold weather in May, it seemed to take an age for the leaves to appear on the trees. These two photographs were taken in exactly the same spot, one month apart on the estate here at Jackdaws Castle. 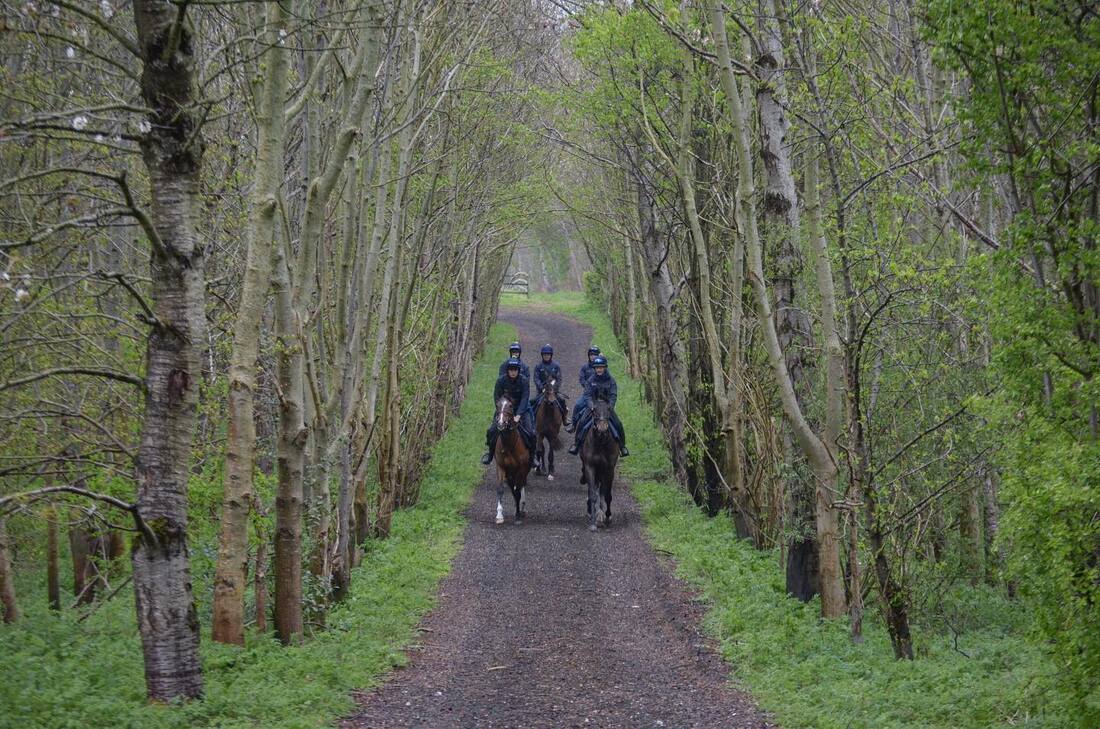 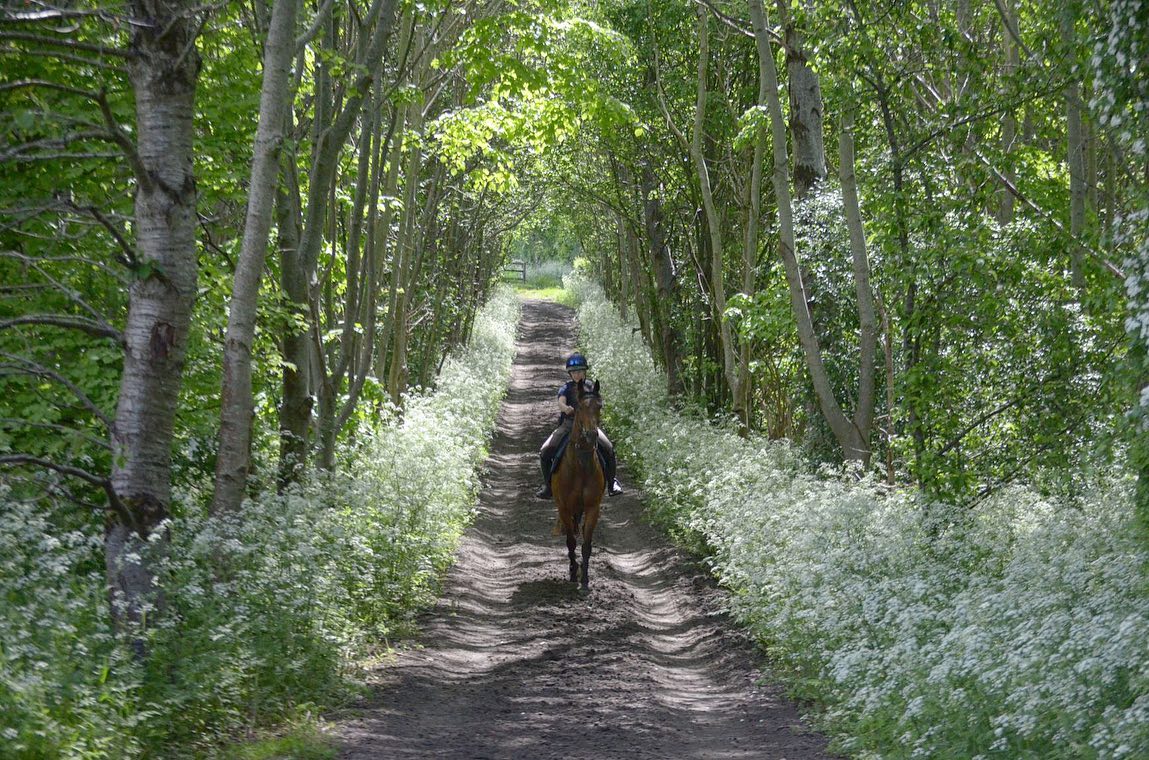 It was lovely to welcome members of the Jonjo O'Neill Racing Club to Jackdaws Castle.

The weather was perfect as they watched His Dream and When You're Ready on the gallops and met all the equine stars during their tour of the yard.

If you are not already a member, the Racing Club costs just £99 to join for a whole year. You can find out all about it at www.jonjooneillracingclub.co.uk 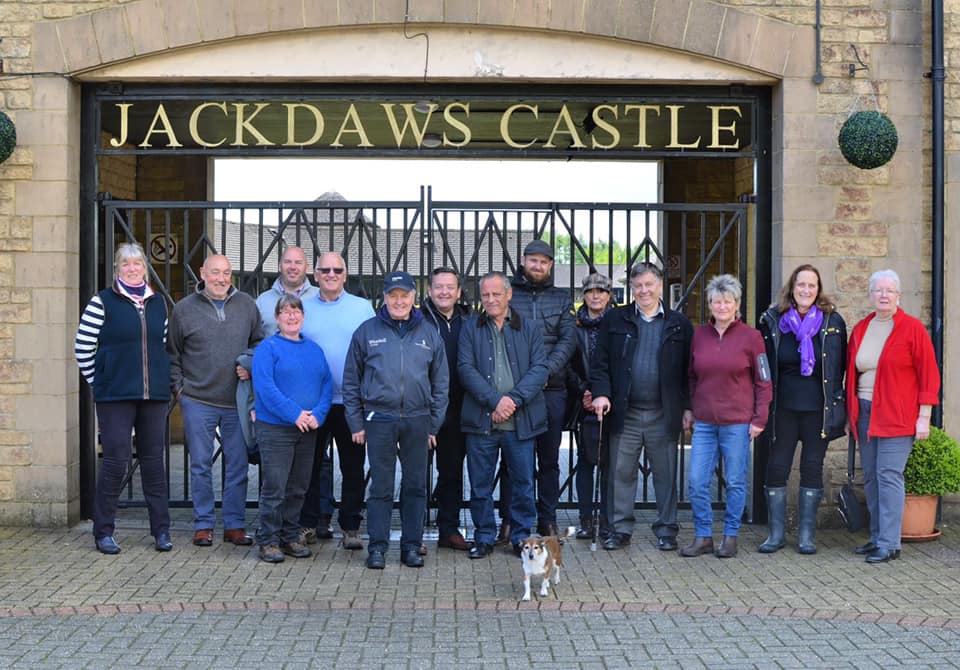 With Royal Ascot just around the corner, did you know that Jonjo has trained two Royal Ascot winners?

The first one came in 1990 with his very first ever runner at Royal Ascot when Gypsy Fiddler and Pat Eddery held off Snowy Owl to win the Winsor Castle Stakes.

The second one came in 2013 when Well Sharp powered home to win the Ascot Stakes under a fantastic Fran Berry ride, in the colours of JP McManus. 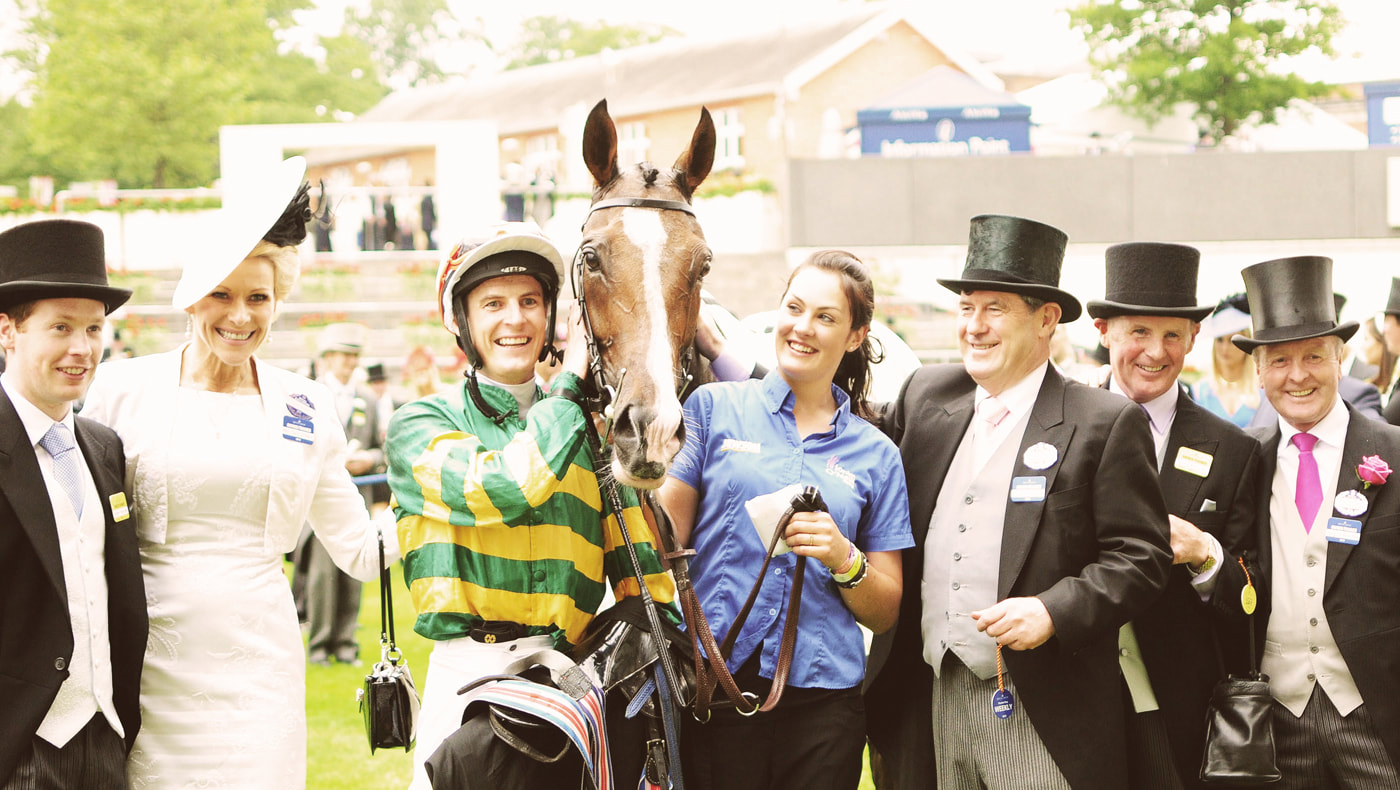 A huge June Happy Birthday to...