​
SUMMER IS UPON US

Hello to you all once again.

I hope you have been enjoying the recent sunny weather. The temperatures reached 30° here last week which meant we started an hour earlier each morning to try and beat the heat a little.

We have brought many of the winter horses back in from their holidays and they have started full training. They will begin on the round gallop and their regime will be built up each week with a plan to see them race running level by mid-September to early October.

​We have continued to be very busy at the sales and are thrilled, and very grateful, to our owners for their support and appetite for new horses. We have bought some lovely youngsters and we are very excited in seeing how they progress.

It has been nice to follow up a couple of doubles last month with some nice winners this month. We have lots of entries for the back end of this week at both Worcester and Uttoxeter, so fingers crossed we can hopefully get a couple  to get their noses in front. We are touching the £100,000 mark in prize money which is very pleasing at this time of the year.

​Thank you for all your continued support, it's an incredibly exciting time of the year before the winter jumps season really gets going.

As You Like and Papa Tango Charly brought up a Saturday double for the team at Worcester, under impressive rides from Jonjo Jr. and Nick Scholfield respectively.

As You Like was 4 lengths down going over the last but went clear in the final 110 yards to win by half a length.

After leading the majority of the race, Papa Tango Charly was joined 2 out but stayed on well in the finish to win by 4 lengths.

We are delighted for Martin and Iwona who were there to enjoy the victory.

Well done to Nick Healy who was in charge for the first time and did a brilliant job!

A double at Southwell
28th June

A brilliant Monday with a quick-fire double in the opening two races at Southwell.

​Firstly, Knight Destroyer and Jonjo Jr. enjoyed a comfortable 11-length victory, after disputing the lead for most of the race and pulling clear after the second last. Huge congratulations to owner Ms Diane Carr.

This was followed up half an hour later when Jonjo Jr. and The Composeur kept on well in the home straight to win by 4 lengths. Many congratulations to owners Jean Notman and husband John Walker

Quartz Du Rheu recorded his first win over fences at Worcester this afternoon in the hands of Jonjo Jr.

The pair got to work 4-out and produced a some slick jumps to go clear after the last, winning while pulling away.

Wasdell Dundalk brought up our 14th winner of the season with an impressive 10-length victory at Worcester, in the hands of Nick Scholfield.

The pair rallied 3 out and soon went into second. They led after the second last and pulled clear in the run in.

​Huge congratulations to Martin and Iwona!

Demon D'Aunou put in an impressive round of jumping under Jonjo O'Neill Jr. to win the 2m 6f Handicap Chase by 8½ lengths at Stratford.

They were always in touch at the rear of the field and picked off their rivals before pushing clear after the last for a comfortable victory.

Wasdell Dundalk made it two wins in a row at Worcester  with a fine battling display in the hands of Nick Scholfield.

After  tracking leaders throughout, he was pushed along and led narrowly 3 out. He then came under pressure but kept on and just did enough for victory.

Congratulations once again to Martin and Iwona.

HORSES RETURNING FROM THEIR HOLIDAYS

As we mentioned above, many of the winter horses are back in full training after spending 2-3 months on their holidays, either here in the fields and paddocks at Jackdaws Castle or at home with their owners.

Here are some pictures from their first week on our round gallop.

Congratulations to Joe O'Neill who has been awarded Employee of the Month.

Joe is our Racing Manager and assists Jonjo with race planning, entries and declarations, welcoming new staff, and entertaining owners here at Jackdaws Castle and at the races. He also makes sure that all the necessary jobs are carried out across the 650 acres that we have here on our estate at Jackdaws Castle and at Slade Barn, our isolation yard.

​What's your background.
I grew up in Castletownroche in County Cork. I played a lot of Gaelic Football and hurling when I was younger at various levels, including one season in New York playing with "Cork New York" in that season's championship. My dad trains greyhounds, along with running the local grocery store. This took up a lot of my spare time after school and weekends.

What does a Racing Manager do?
My job involves a lot of going racing and entertaining owners. I will produce the form of each race for the owners and also assist Jonjo every morning on the gallops and in the office.

How long have you been at Jonjo O'Neill Racing?
I came over to England in 2010 and have been here since. I worked in the Accounts Office at the Barry Group based in Mallow who are part of the Costcutter franchise. My role here started in accounts, before switching to the Racing Office about 4 years ago.

What is your favourite part of the job?
I really enjoy watching the young horses progress or a yard favourited winning. I love attending the big festivals and enjoying the social with our owners.

What is you best moment in racing so far?
Definitely Synchronised winning the Cheltenham Gold Cup in 2012. It was a great victory for the yard which hopefully we can do again one day. Holywell's Cheltenham and Aintree triumphs were brilliant, as was Well Sharp's win at Royal Ascot! I really enjoyed last season's big wins, hopefully they can propel us for the next few seasons.

13 YEARS AT JACKDAWS CASTLE FOR JOHNNY!

He has assisted me with many winners and some amazing days, and is the most loyal, dedicated and hard-working right-hand man you could wish for. 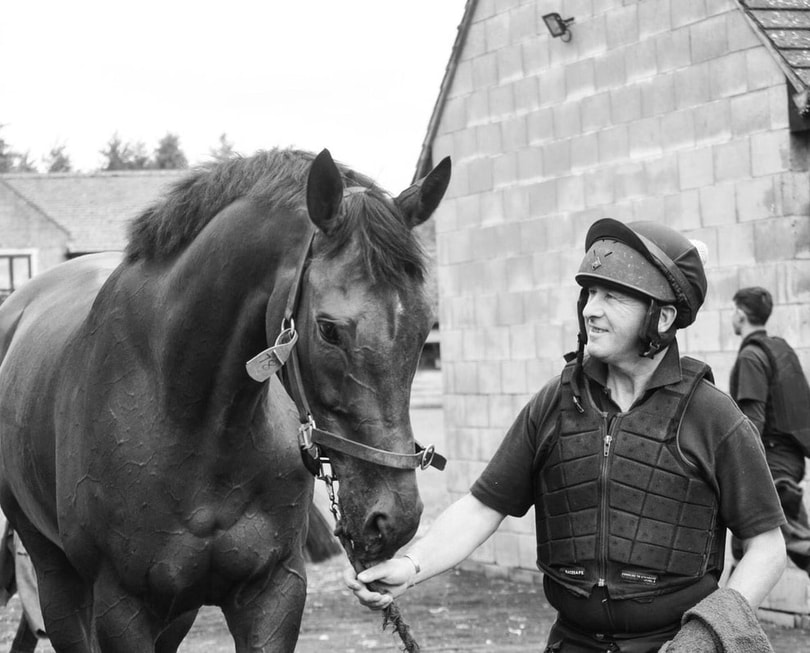 MARCH IS ON IN HIS RETIREMENT

We always work very hard to find the best homes for our horses once their racing career has come to an end.

Here is March Is On in his new home with Victoria "Tots" Hanson. She calls him Arty and he has just started his re-training after having a nice holiday. He enjoys lots of pampering and cuddles and she hopes he will be a lovely riding horse for her. 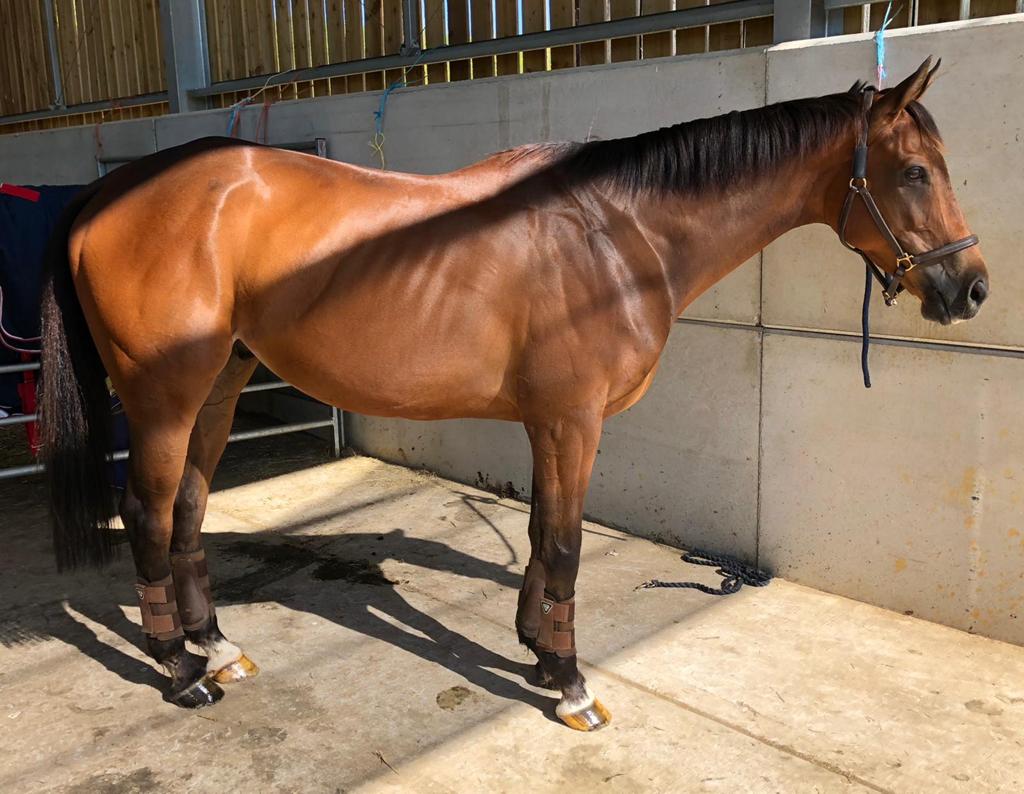 We have enjoyed a few more visits from Jonjo O'Neill Racing Club members who have enjoyed a guided tour from Roger, showing off all the facilities here at Jackdaws Castle.

It is wonderful to receive lovely feedback from all the members.

"We would like to thank Roger and the Jonjo team most sincerely for your courtesy and dedication during yesterday's stable visit.  It was well beyond our expectations and probably the highlight of our year.

Of course, the facilities are wonderful and picturesque, but the overwhelming feeling that we took away was the enjoyment and togetherness of your whole team.

As I mentioned during our visit, Jackdaws Castle has always had a certain mystique from the outside and our future trips to the Plough will at lest benefit from our being able to say,  "we have been in there"!

The Jonjo O'Neill Racing Club is the perfect introduction to racehorse ownership, costing just £99 for the whole year.

For more information on how to join, please visit jonjooneillracingclub.co.uk 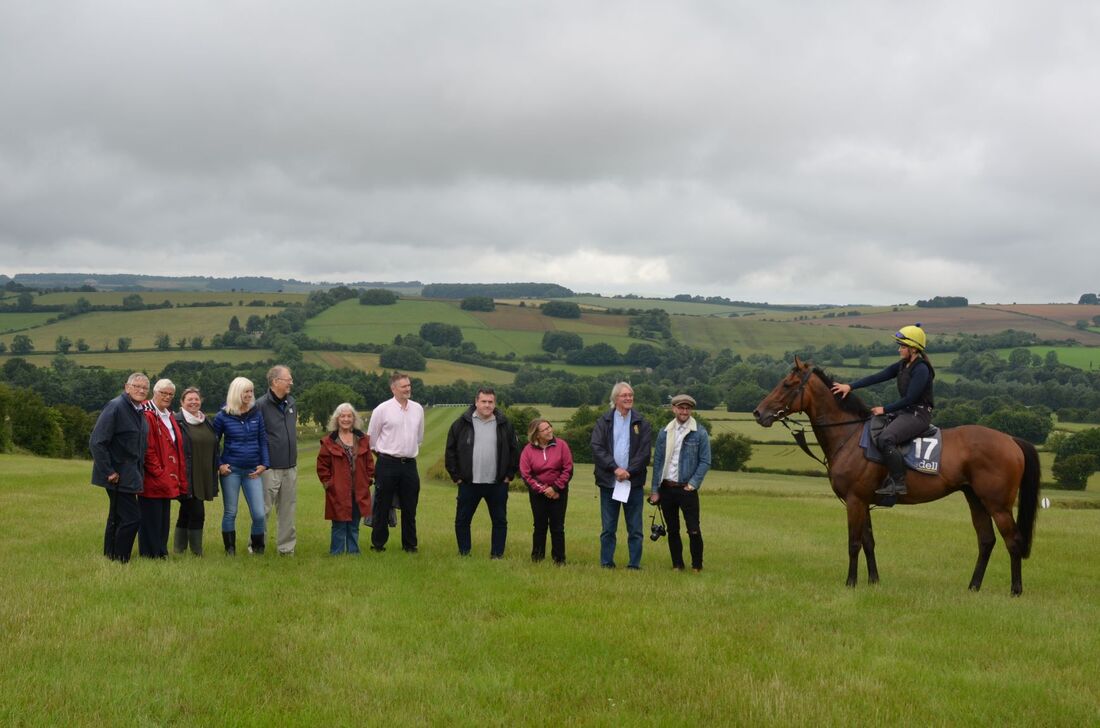 ​THE DRY SPY IN BROMSGROVE

Jonjo and Jacqui enjoyed a wonderful evening at the opening of The Dry Spy bar in Bromsgrove.

The bar has been opened by one of our owners Alan Nolan and is a celebration of the "Roaring 1920s", specialising in delightful cocktails, small plates and electro swing and jazz.

There's an wonderful theatrical ambience and lots of plans for future events, including horse racing from the likes of the Cheltenham Festival and Royal Ascot, creating that 1920s illegal gambling atmosphere.

If you are ever in or near Bromsgrove, please go and visit this amazing new venue.

Did you know that Jonjo has had more winners at Worcester than any other current trainer.

After Wasdell Dundalk's victory there last week, we have now notched up 157 winners! 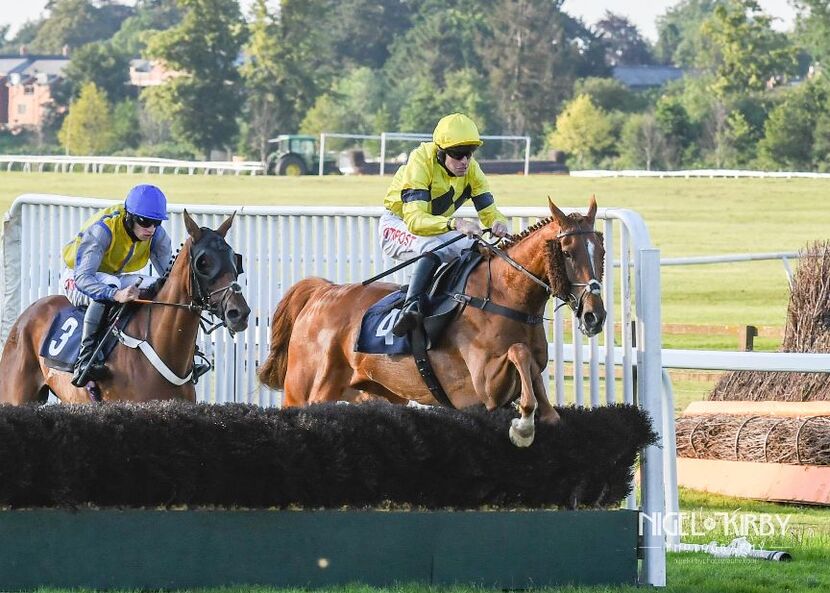 A huge summer Happy Birthday to...