Happy New Year one and all from all the team here at Jackdaws Castle. We hope you all had a lovely Christmas, albeit a little different, but enjoyed all the great racing over the festive period.

The new lockdown measures are far from ideal for many of us. We are, however, extremely grateful to see that horse racing will continue behind closed doors. Huge credit must go to all the people involved who have worked tirelessly to make the sport safe throughout the last 9 months and continue to do so. We will do our best to keep sharing lots of photos from here at Jackdaws and at the races across our social media.

We had some very pleasing winners in December, especially seeing Sky Pirate win at Cheltenham for our yard sponsor Martin Tedham, under a superb ride from Tom Scudamore.  Martin and Iwona are great supporters of the team here at Jackdaws Castle and it was brilliant to see his colours in the winner's enclosure at The Home of Jump Racing.

Fame And Concrete impressed me on his bumper debut at Southwell, as did Morning Spirit at Ascot, both for Pat Hickey.

The Manuscript was our first winner of the month at Market Rasen and there were also very good victories for Cobolobo at Exeter, Maypole Class at Fakenham and Annie Mc at Doncaster who all won good pots and took our prize money to over £500,000 for the season so far and saw us finish the year in 4th spot in the Trainers' Championship.

We officially opened the new Cloth Cap Cafe, the new social space for the team, created from their Lycetts Team Championship winnings. You can read more and see some images of this below.

I was absolutely delighted to see my good friend Bob Champion being made an CBE in the Queen's New Year's honours list for charitable work. Congratulations to Nigel Payne, the former chairman of the Professional Jockeys Association, recognised with an MBE for his contribution to horseracing and charity and to the BHA's recently departed chief executive Nick Rust who was made an OBE for services to horseracing.

I would like to take this opportunity to thank my team for all of their efforts and dedication. This job is 365 days a year and, as like every year, they were working hard on Christmas Day.

A huge thank you to all of our wonderful owners for your incredible support. Let's hope for lots more success in 2021!

Please stay safe and follow the rules. Look out for people on their own and those who are vulnerable.

We finished the year with 49 jump and flat winners. Congratulations to all the connections.

Annie Mc jumped her way to an impressive 16-length victory in the feature Yorkshire Silver Vase Mares' Chase at Doncaster  in the hands of Richie McLernon.

She led from 4-out and increased her lead all the way to the line for a comfortable victory.

Congratulations to Chris, Simon, Paul, Dave and all the Coral Champions Club!

Maypole Class won the feature race at Fakenham in impressive style, in the hands of Jonjo Jr.

He travelled well throughout the race and was a comfortable winner.

Many congratulations to Jamie, Joey, Daisy, Jake, Tizzy and Flora!

Morning Spirit won the opener at Ascot in the hands of Jonjo Jr.

Morning Spirit chased leader Fawsley Spirit who fell at the last hurdle (both horse and rider were fine) which made it an easy 8½ length victory.

It was lovely that owners Pat and Nan Hickey were there to enjoy the win!

Jonjo Jr. produced a superb ride aboard Cobolobo to win the feature race at Exeter.

Cobolobo is also Harrison's (our Travelling Head Lad) favourite horse and was there to lead him in. He rides him lots at home which makes this win extra special.

​FAME AND CONCRETE IMPRESSES ON DEBUT

Fame And Concrete put in an impressive performance on his debut in the bumper at Southwell.

Jonjo Jr had him prominent all race and pushed him clear in the last 3 furlongs to win by 13 lengths.

A SUPER SATURDAY AS SKY PIRATE WINS AT CHELTENHAM

Sky Pirate won the 2m Spreadex Handicap Chase in great style at Cheltenham in the hands of Tom Scudamore, who once again produced a top-class ride.

The whole team are absolutely thrilled for our yard sponsor Martin Tedham. 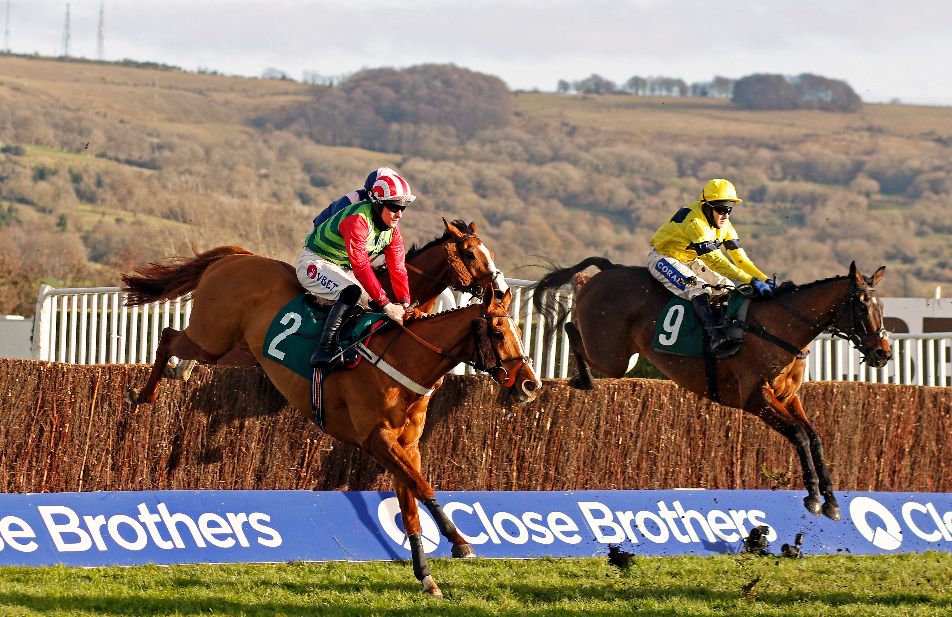 ​THE MANUSCRIPT WINS AT MARKET RASEN

The Manuscript cruised to victory in the hands of Richard Johnson at Market Rasen.

He jumped well throughout and eased down to an 11-length victory.

We are delighted that racing will continue during the current national lockdown.

​On the evening of the government's announcement, the BHA put out the following statement on their social media channels.

Thank you to everyone involved in the sport for continuing to make it safe and enabling us all to carry on what we love doing. 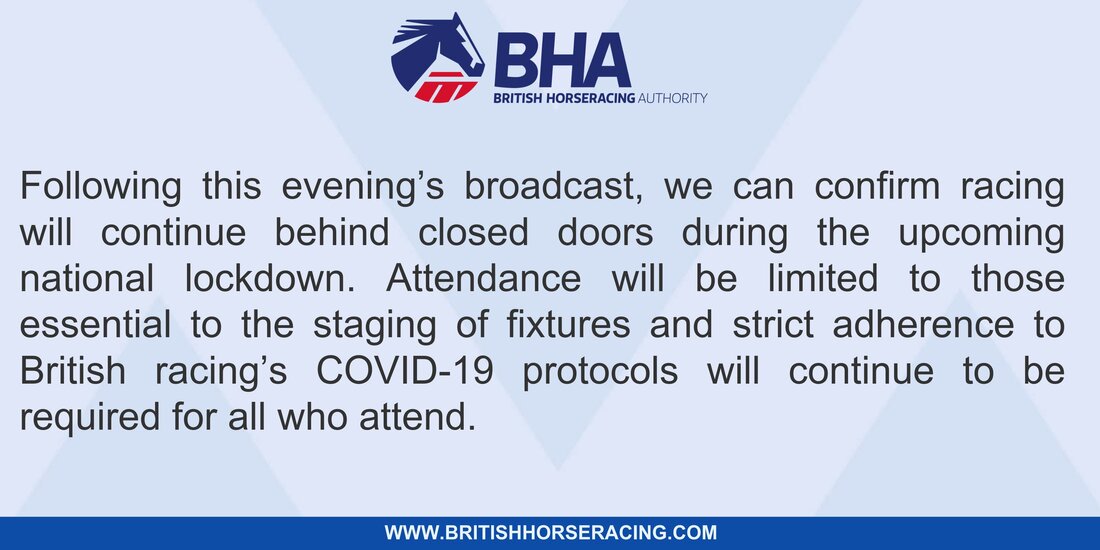 As you know, our wonderful team won the Lycetts Team Champion Award, for yards with 40+ horses, earlier this year.

The team were awarded £4,000 and were all asked how they would like to spend it. They voted for a social space to be created where they can relax after work.

We welcomed Piers Plunkett of Lycetts Insurance  to Jackdaws to officially open the Cloth Cap Cafe and present the team with their trophy.

Well done to Jo O’Neill for all of her incredible work towards the award and to  Federico and his team for creating a wonderful space for the team to enjoy. 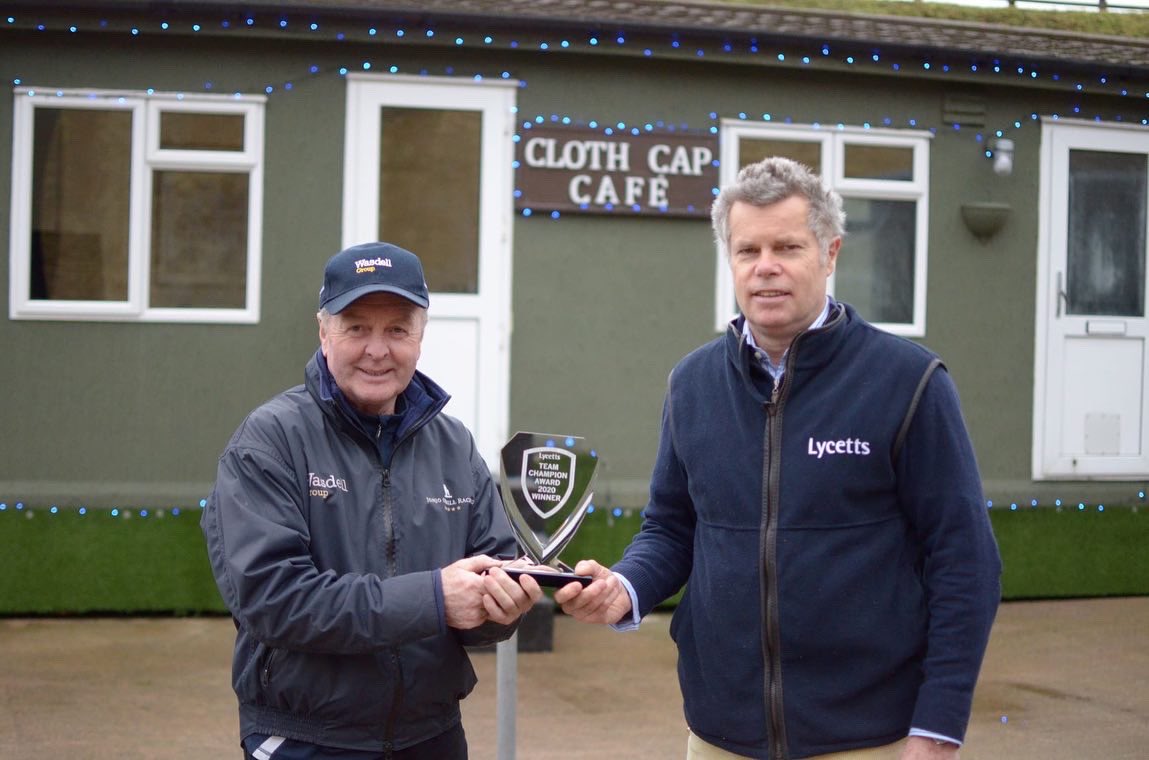 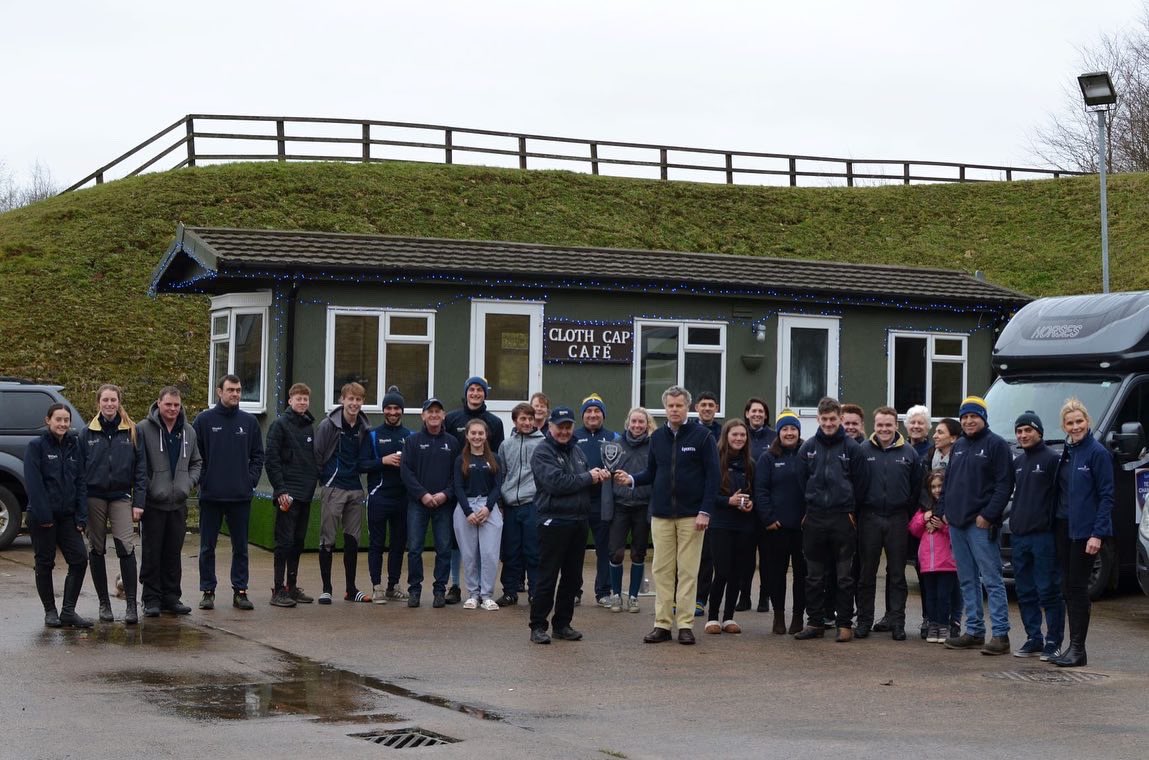 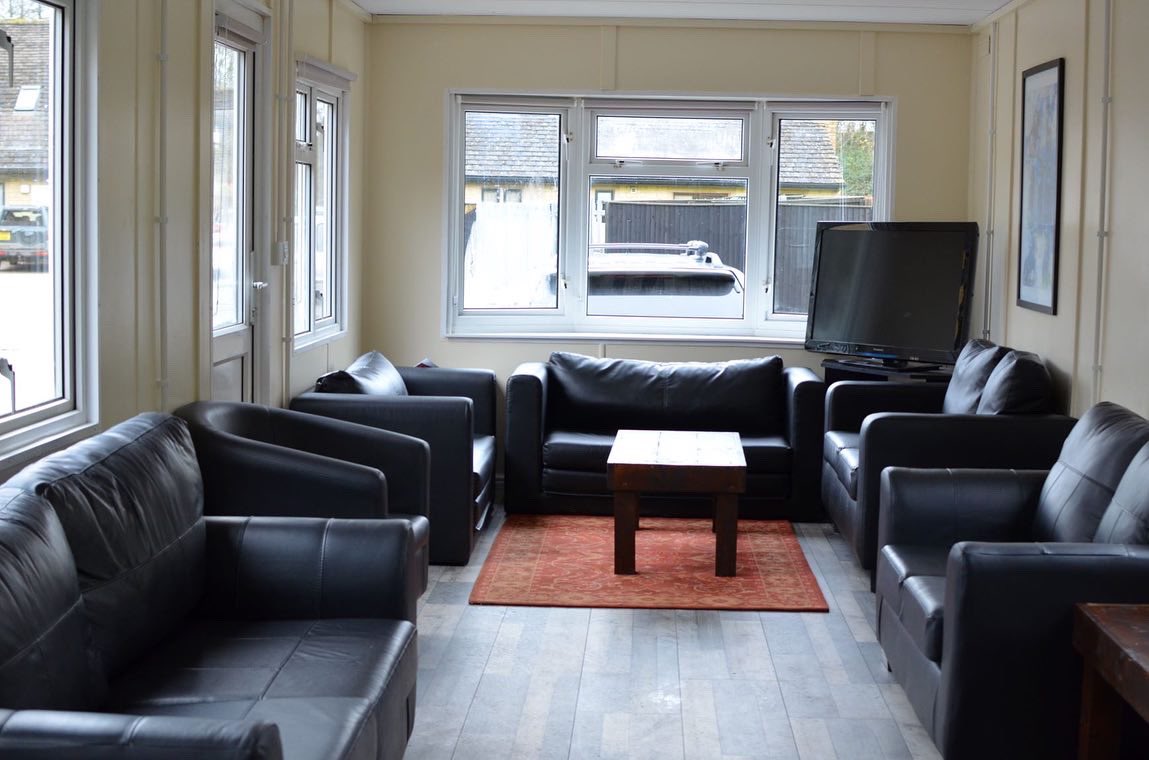 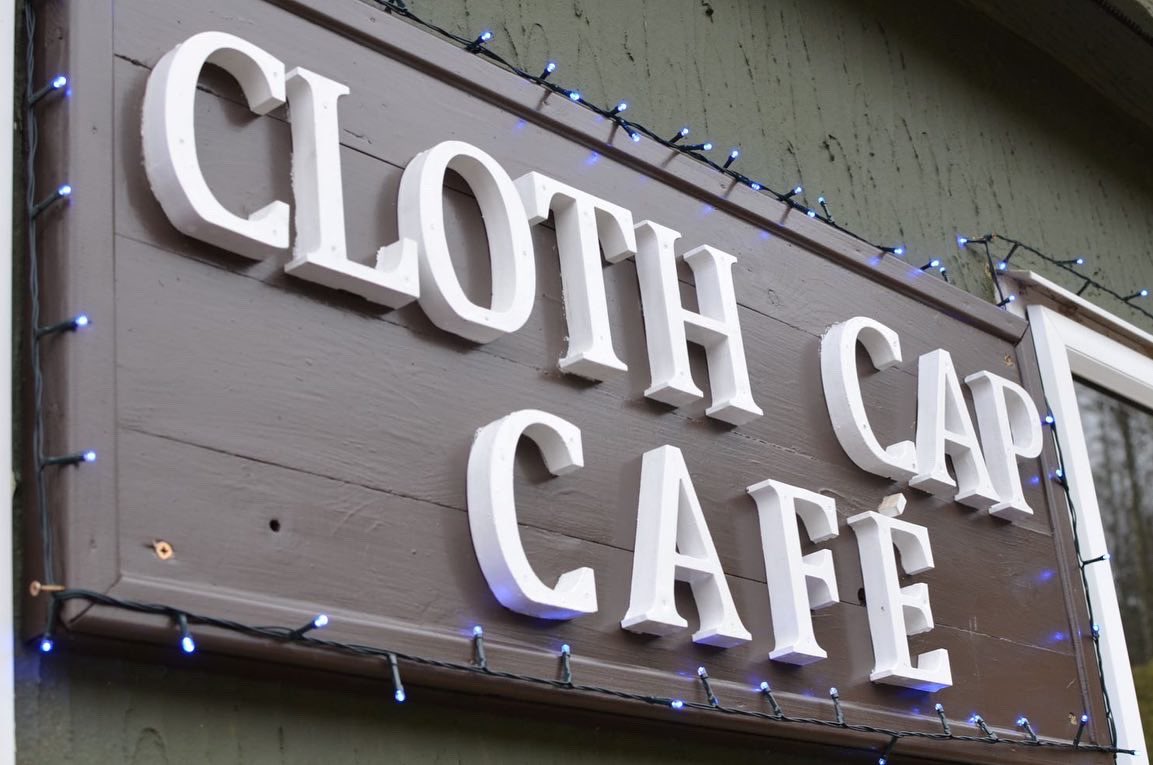 Congratulations  to Federico and Doc for being awarded our Employees of the Month for December. They worked incredibly hard on the Cloth Cap Cafe, as well as keeping us going, and safe, throughout the snow.

What's you background.
I arrived from Argentina in 2002 as a polo groom. I started playing professional polo in 2006 in Sussex and moved to Cirencester in 2008. I used to train the horses, tack them up and play too!

How long have you been at Jonjo O'Neill Racing?
I started riding out here in 2009 and became full-time in 2015 as Estate Manager.

What is your favourite part of the job?
I really enjoy maintaining the gallops and keeping them looking smart.

What is you best moment in racing so far?
I was here when we won the Grand National in 2010 and the Cheltenham Gold Cup in 2012, but my favourite was when Taquin Du Seuil won the Paddy Power Cheltenham.

What's you background.
I was working in Italy until 2015 when I moved to Jackdaws Castle to work on the Estate.

How long have you been at Jonjo O'Neill Racing?
I have been here for almost 6 years now!

What is your favourite part of the job?
I love riding out. I had never touched a horse until I arrived here and Federico taught me how to ride.

What is you best moment in racing so far?
When Cloth Cap won the Ladbrokes Trophy at Newbury. I was lucky enough to be there, it was a brilliant moment for the team! 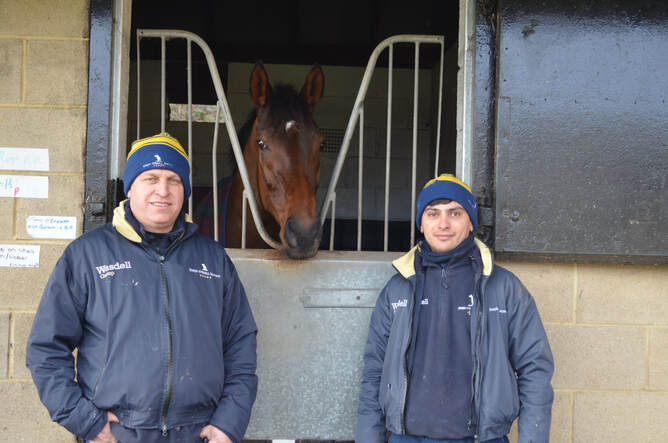 Federico and Doc with Perfect City

The snow arrived at Jackdaws just after Christmas. You would have seen lots of stunning pictures on our social media.

Did you know that Jackdaws Castle is one of the highest places in the Cotswolds, and the next highest point heading East are the Ural Mountains on the edge of Siberia? A distance of over 2,250miles (3,600km)! 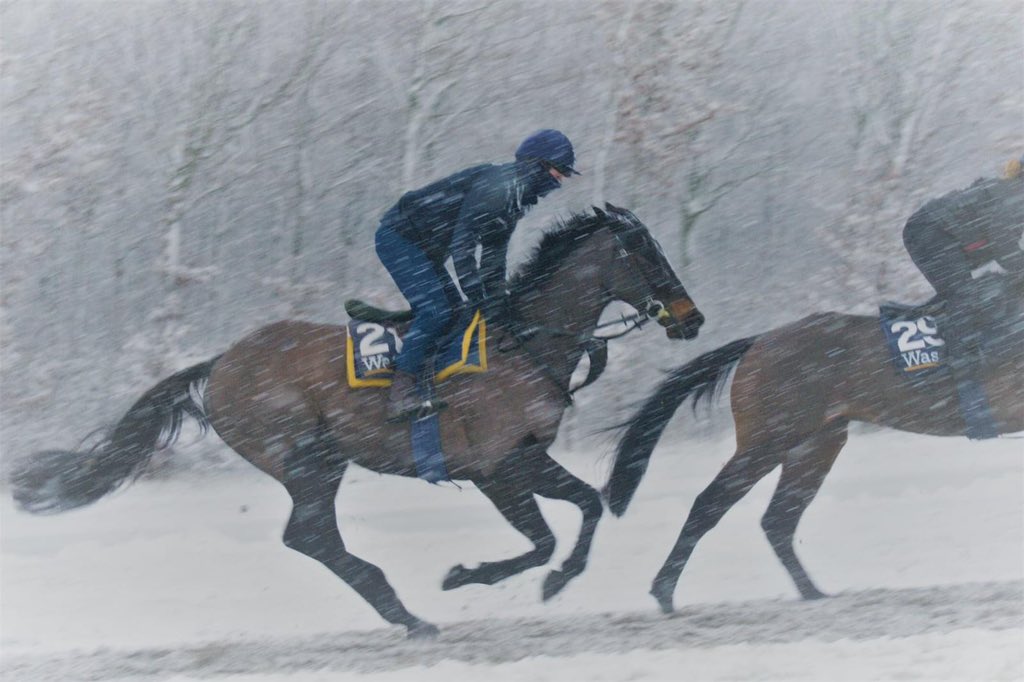 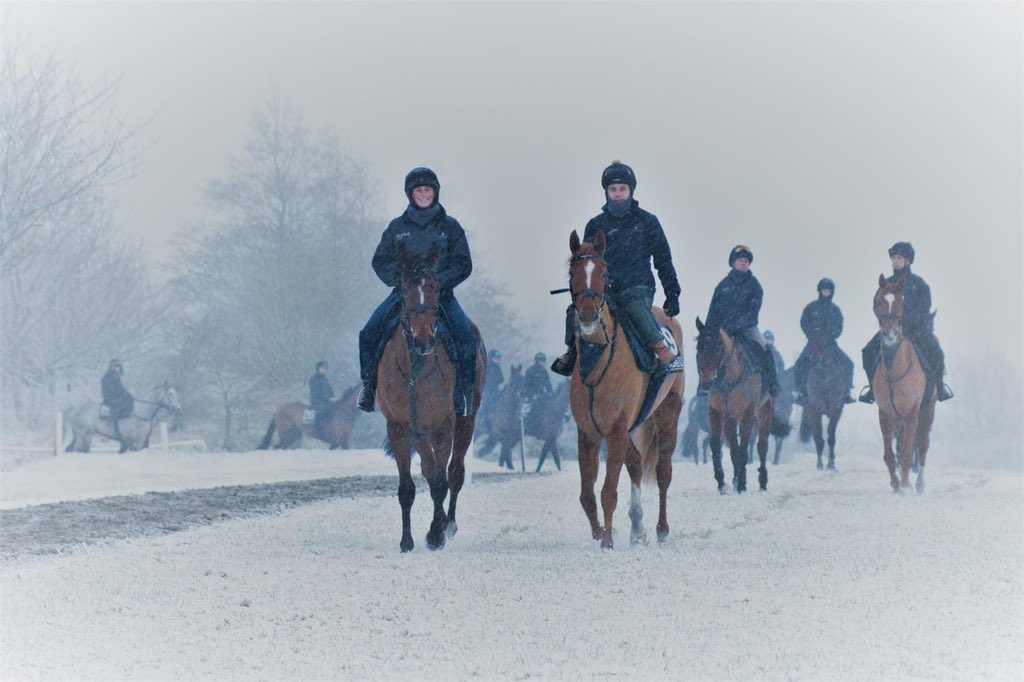 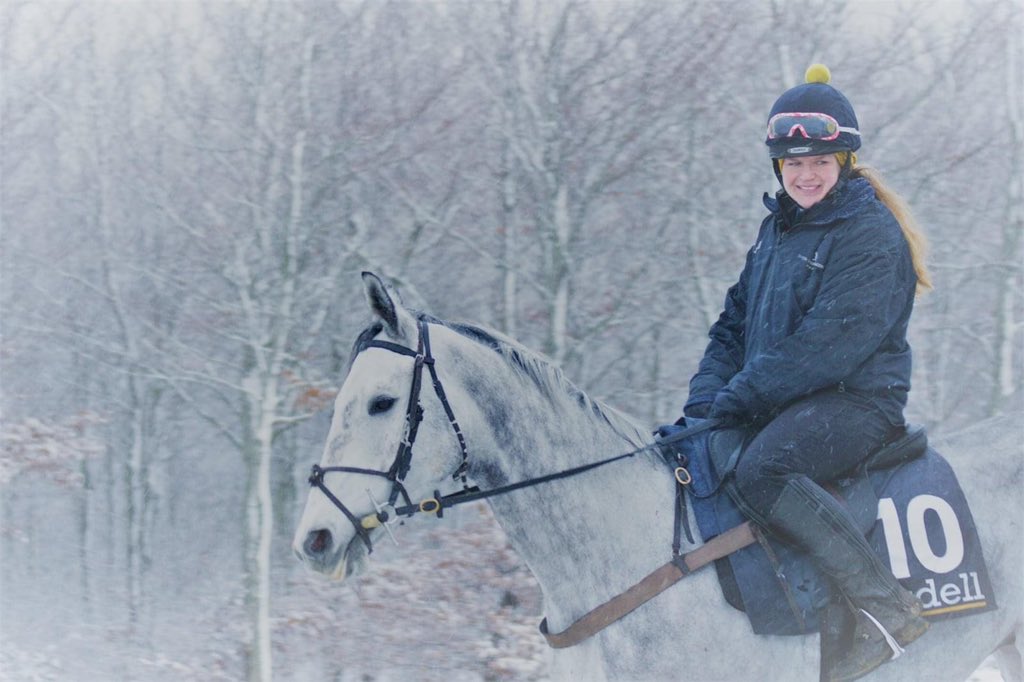 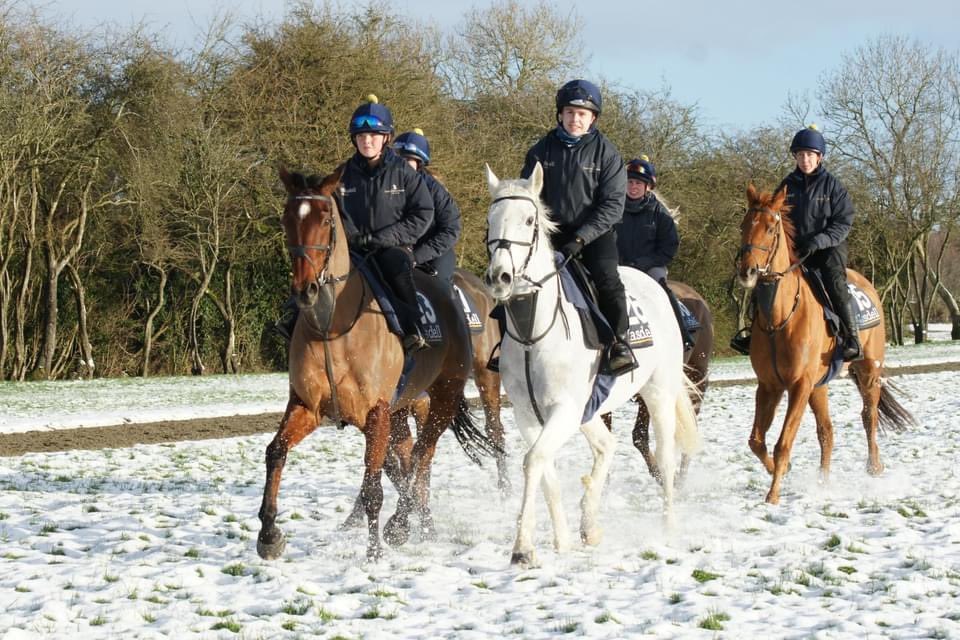 We have a lovely 5yo filly for sale that you can see below.

This 5yo filly finished 2nd on her debut Irish Point-to-Point in a strong-looking Mares’ Maiden.  She is by Milan, one of the all-time top National Hunt sires, and is a half-sister to classy mare Farne, who finished 3rd in the Listed Mares’ Bumper at Sandown and 4th in the prestigious Grade-2 Mares’ Bumper at Aintree’s Grand National fixture. Her third dam Rith Dubh who we trained to win at Cheltenham Festival Walk In My Shoes was beaten 1½-lengths by Colin Bowe’s highly regarded mare Magic Daze who sold at the sale last week for €92,000, with 10-lengths back to the third horse. This 1st division of the 4yo Mares’ Maiden was 12-seconds faster than the 2nd division and also boasted a considerably quicker last mile sectional. Furthermore the race was 4-seconds faster than the 4yo Geldings’ Maiden an hour later won by Gentlemansgame who went on to sell for €250,000 at the sales. He has since backed this up by winning his maiden hurdle very impressively by 21 lengths. All in all the signs are that this race represents strong form.

There has been a wonderful documentary made about the incredible Dawn Run.

The documentary features contributions from all the major characters in Dawn Run’s incredible story, a cast that includes the late Paddy Mullins, his wife Maureen, and their sons Tony, Tom, and Willie.

Owner, the late Charmian Hill, and her son Jeremy Hill also feature while jockey Jonjo O’Neill gives his unique perspective on one of racing’s most extraordinary tales.

The Dawn Run documentary also features the famous 1986 match between Dawn Run and Buck House at Punchestown, with trainer Mouse Morris and jockey Tommy Carmody providing us with their memories of that special day.

Settle down and watch this superb 40-minute film. You may wish to turn on the English subtitles too (image of how to to this is below).

​Click HERE or on the image below to watch the documentary. 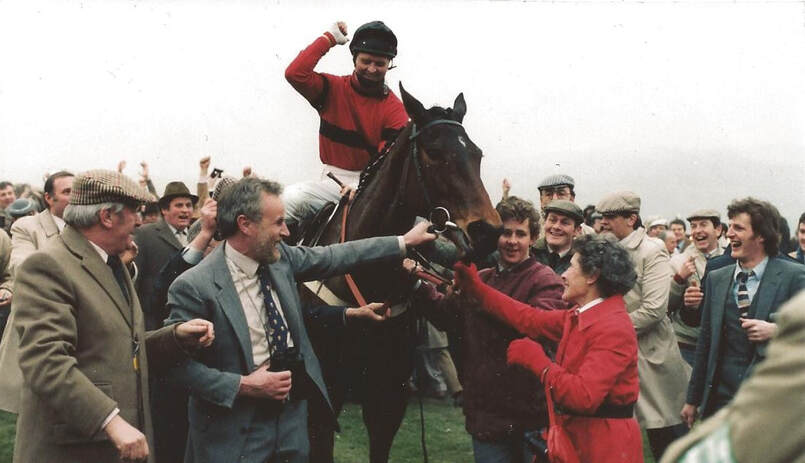 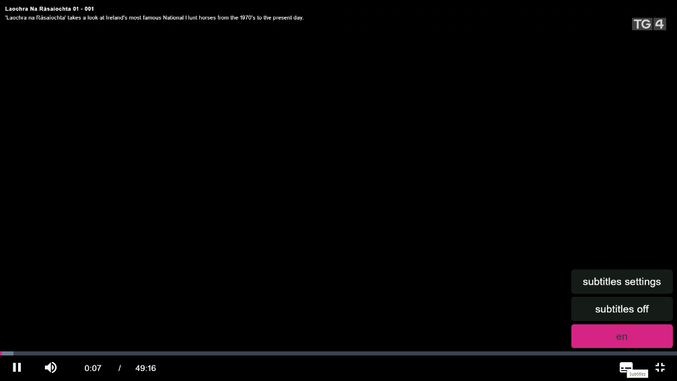 A huge January Happy Birthday to...