The weather in January was very inclement to say the least. We've had to battle all the conditions here at Jackdaws, including a morning of rain, wind, sleet and then finally some heavy snow all in the same day! It makes for some pretty pictures but we're definitely ready for spring now. It has been challenging but our team have been absolutely superb.

It was great news at the start of the month that racing will continue behind closed doors. All the courses are doing a brilliant job keeping everyone safe.

All the rain has meant that lots of fixtures have been cancelled up and down the country which has been frustrating  but can't be helped. The ground staff at all the courses have been doing an incredible job.

With that said, we have still managed to have 30 runners with a winning strike rate of 17%... our highest for over a decade!

We had to wait until January 12th for our first winner of 2021 with Henry Gondoff scoring at Wetherby. This was followed by another 3 winners in 4 days, including When You're Ready winning for the new Jonjo O'Neill Racing Club at Leicester. It was truly amazing to see those famous colours back in the winner's enclosure.

It was really nice to see Sky Pirate follow up his victory at Cheltenham with another very impressive display at Warwick for owner and Jackdaws Castle yard sponsor Martin Tedham.

Theme Tune impressed on his hurdling debut to win at Ludlow. It's really pleasing to see all the horses running well at this time of the year!

Finally, a huge thank you to the NHS and all the vaccine staff. Hitting the 10 million milestone this week is incredible and it gives us hope that things will start to improve soon.

However, in the meantime, keep safe and well and stay positive. Spring isn't too far away which means the Cheltenham Festival and Aintree are just around the corner!

Although many meetings were called off, we still managed  5 winners in January.

Henry Gondoff gets off the mark at Wetherby

Henry Gondoff opened his account with victory at Wetherby in the hands of Jonjo O'Neill Jr.

The 6-year-old was always prominent and led after 4 out. He soon pushed clear of his competitors and eased to an 11-length victory.

When You're Ready brings up our half century at Leicester

When You're Read and Jonjo Jr. put in a gutsy display to get his nose in front - in the famous Sea Pigeon colours - at Leicester. This victory brought up our 50th winner over obstacles this season.

​This was the first winner for the newly created Jonjo O'Neill Racing Club and we are thrilled for all of the members. It's wonderful to see those silks back in the winner's enclosure!

Flight Deck and Jonjo Jr. provided us with a hugely emotional victory at Bangor after the tragic loss of JP and Noreen McManus' daughter-in-law  Emma.

All of our thoughts continue to be with the whole family.

​Sky Pirate follows up Cheltenham win with victory at Warwick

Sky Pirate made it 2 wins in succession with an impressive performance when winning the Edward Courage Cup at Warwick.

Jonjo Jr was always in touch with the leaders throughout and kept on strongly to win by just over 2 lengths.

Jonjo O'Neill Jr. produced a high quality aboard Theme Tune at Ludlow this afternoon, in the yellow, white and green silks of Trevor Hemmings.

He was close to the leaders throughout the race and stayed on well after the last to get in front of the other Trevor Hemmings owned Onchan.

We were all touched by the sad news of the death of Captain Tom.

In April 2020 the then 99-year-old accepted a  family challenge to raise £1,000 for the NHS charities by walking 100 lengths of his garden before his 100th birthday.

By the time he closed his fundraising page at midnight on his 100th birthday later that month, Captain Tom had raised more than £32 million from more than one-and-a-half-million donors from all over the world.

That was just the start of an incredible few months for the war veteran. A knighthood making him Captain Sir Tom Moore, an RAF flypast to mark his 100th birthday and personal greetings from the Queen all followed.

If it ever needed verifying, the 160,000 birthday cards he received confirmed that he had become a national treasure.

His cover of You'll Never Walk Alone, a duet with Michael Ball, raised even more more money and made him the oldest person ever to score a number one single in the UK.

Thank you Tom, you will never be forgotten. You were a true hero who gave a nation hope in the darkest times.

"Tomorrow will be a good day."

We were touched by the campaign to help save Park Lane Stables.

Park Lane Stables RDA (Riding for the Disabled) is a small charity and has been a key part of the Teddington community for many years, providing much needed therapy and happiness to hundreds of local children and adults with (and without) disabilities and mental health challenges every year.

They have been told that the landlord will not be renewing the lease which ends on 31 May 2021 and they urgently need to raise £1 million so the charity can buy the stables.

They have already raised almost 250,000 but obviously need more to survive.

If you can give a little or a lot, please visit their crowdfunder page at www.crowdfunder.co.uk/save-our-stables.

Please share with anyone you know who could help.

Our horses are always needing new shoes so we thought we would give you a little insight to what goes into putting them on.

Here's farrier Mark Wellfair in action showing you the process, from removing the old ones, to fitting the new ones.

Congratulations  to Lauren Hall for being awarded our Employee of the Month for January for all of her hard work in and around the yard and driving to the races.

We asked her a few questions so you can get to know her a little bit more.


What's you background.
Horses have always been an interest of mine. I have been riding since I was young and from then on I have gone on to complete my degree in Equine Sports Science. Through this I became interested in the racing industry and have worked in a racing yard since.

How long have you been at Jonjo O'Neill Racing?
I joined the team at Jackdaws Castle in September 2020 and really enjoy it.

What is your favourite part of the job?
Definitely being able to ride out every day. The facilities here are amazing and the views on the gallops are stunning.

What is you best moment in racing so far?
Driving to the races and leading up winners with my favourite horses; Time to get up and Flight Deck. 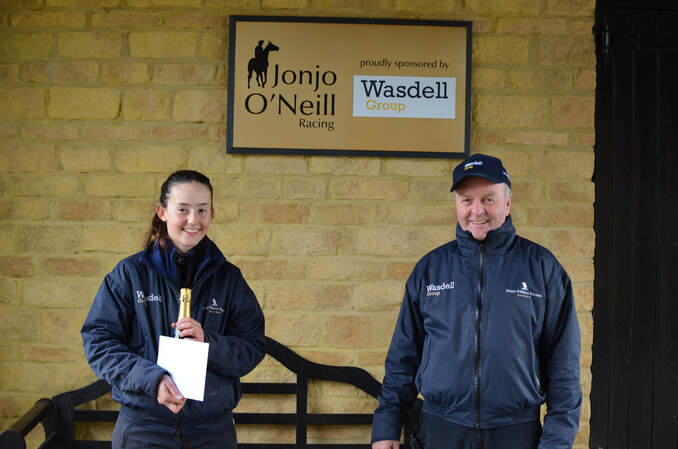 With the Cheltenham Festival just around the corner, did you know that Alan Berry, our Head Lad here at Jackdaws Castle has ridden two Festival winners?

​The first of them came in 2007 when he rode 33/1 Butler's Cabin to victory in The National Hunt Chase Challenge Cup. This was followed up five years later when Sunnyhill Boy won the Fulke Walwyn Kim Muir Chase. You can watch the end of this race below!

When injury put an end to Alan's riding career, he soon joined the team here at Jackdaws Castle and is a huge part of the operation.

Went off 13/2 favourite for the Fulke Walwyn Kim Muir Chase in 2012 and delivered under Alan Berry for @JonjoONeill. He then ran in the Grand National and was beaten a nose by Neptune Collonges. #CheltenhamFestival. #51DaysToGo #GreatFestivalMoments pic.twitter.com/NyJYMTOZWU 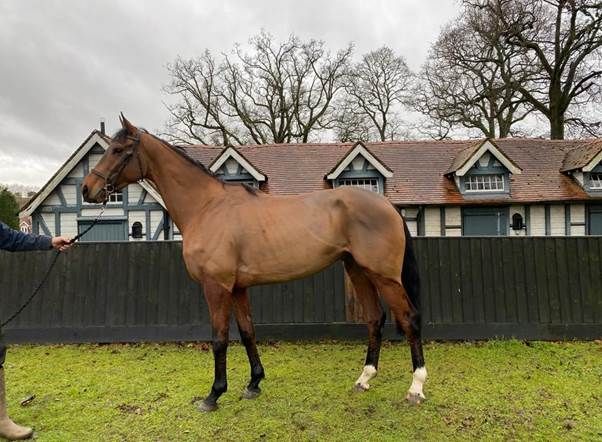 Bought from Nicky Henderson’s yard, Known is a tall horse measuring 17hh who looks to  have  plenty of  improvement in him as he matures,  goes  up in distance,  runs on better ground and when he races over fences.  He finished fourth in a strong Warwick Bumper  on debut in May 2019 finishing upsides Jonjo’s recent dual - winner  When You’re Ready.  He then showed notable promise in three smart novice hurdles last season behind the likes of Shiskin and West Cork looking green and in need of further, but nevertheless jumping well and staying on strongly at the end of his races.

Furthermore, it has been noted the horse would benefit from having a wind operation.  All in all as a promising maiden, Known seems to have plenty of angles and upside and looks well handicapped off 117.  He should be a horse to look forward to in 3 - mile handicap hurdles in the spring and in novice handicap chases in the autumn.

Please email us on racingoffice@jonjooneillracing.com for further information about him.

A huge February Happy Birthday to...