​"An unbelievable horse" is how Jonjo described Don't Push It, the horse who brought Grand National glory to Jackdaws Castle in 2010. "I think we'll always remember the magical day he won the Grand National as it was one of the greatest afternoons in the life of myself, JP and AP as we had all been trying to win the race for so many years".

​This son of Old Vic out of a mare by Alleged had first set foot on a racecourse back in December 2004, shaping up nicely to finish third in a bumper at Warwick. He was not seen again until winning a bumper at Market Rasen the following September and he followed that up by winning first time out over hurdles at Haydock Park in December. Again that was it for the season, proving to be very challenging to keep anywhere near racing fit and with little to no appetite.

Don't Push It's steeplechasing career began with a win in October at Stratford, the first time AP McCoy had ridden him since his racecourse debut. 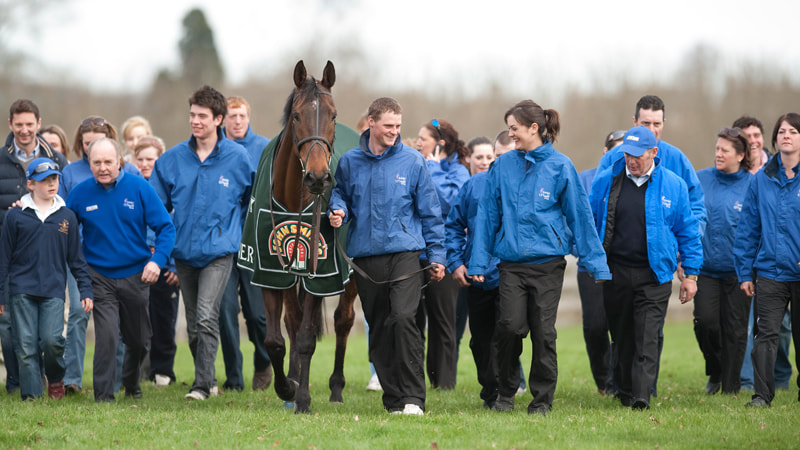 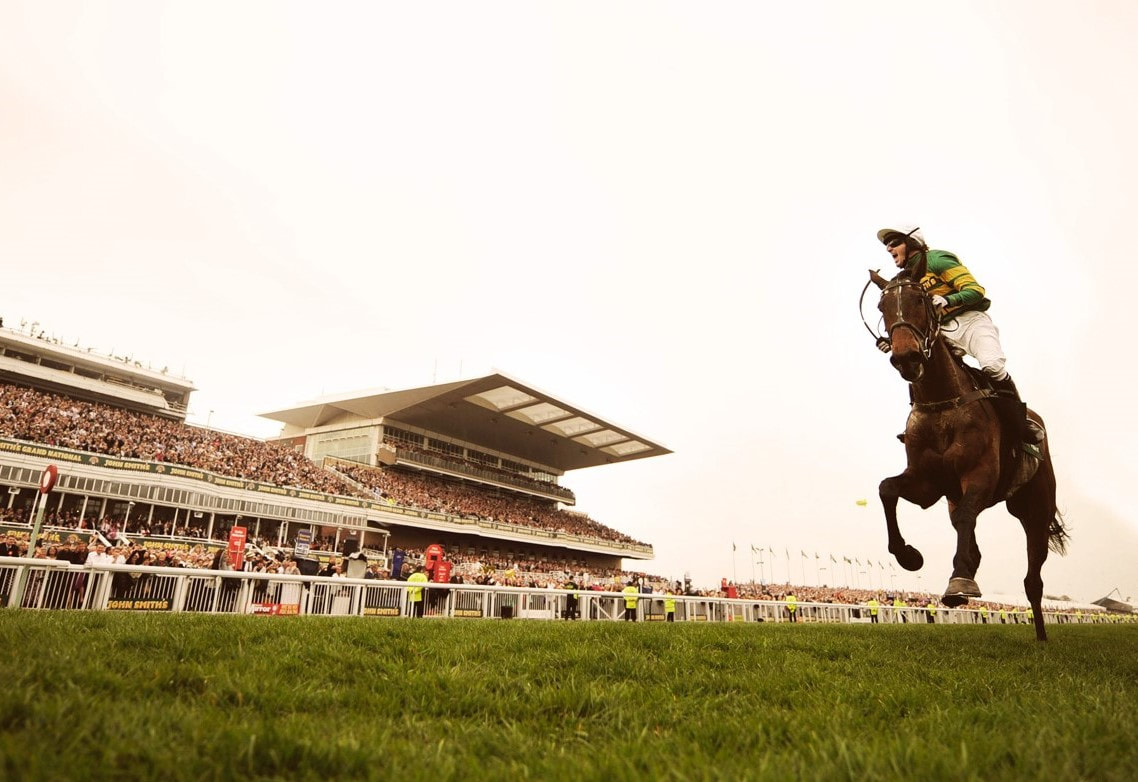 Next stop was a Novices' Chase at Cheltenham's Open meeting where he failed by just one length to deny the brilliant Denman. Those shrewd enough to remember that run ensured they kept an eye on Don't Push It's progress over the seasons ahead.

A return to Cheltenham in December brought another win and in February 2007, he gave further clues of his true ability by beating three rivals by 23 lengths at Chepstow. Jonjo brought him back to the minimum trip for the Festival but he fell in the Arkle when in with a chance.

By now, Jonjo had discovered the key to keeping Don't Push It happy at home. Never one to relish company around the yard, he was relocated to a stable near the bottom of the gallop, close to Jonjo's house. He was still showing little interest in food until Jonjo gave him a sheep for company. That did the trick. Now he had competition, he was not going to let the sheep beat him to the manger.

Given a rating of 149 over fences, the 2007-2008 campaign started with a win over hurdles at Chepstow and a reappearance the following March, at 3/1 for the Racing Post Chase at Cheltenham, where he again fell.

The 2008-2009 campaign saw him run in the Paddy Power Gold Cup, qualify for the Pertemps Final in which he finished seventh before getting back to the winners enclosure, at Aintree in the John Smith's Handicap Chase.

Aintree was to be the target for the next season, this time over the bigger obstacles. A win over three miles in soft ground at Cheltenham's December meeting confirmed he was bound for the Grand National.

​Taking in the Pertemps Final once again, he went to Aintree in great form and with 11st 5lb on his back. AP was looking for his first win at the 15th attempt and rode a fantastic race, playing to Don't Push It's strengths to raise the roof for all the fans he, Jonjo and JP McManus had accumulated over the years.

They returned in 2011 and finished a creditable third behind Ballabriggs and a further run was on the cards when Jonjo and JP called time in January 2012. Don't Push It had run 29 times, winning 8 races and over £750,000 in prize money. His name will live forever as the first to give the Jackdaws team Grand National success and the best possible excuse for a party.