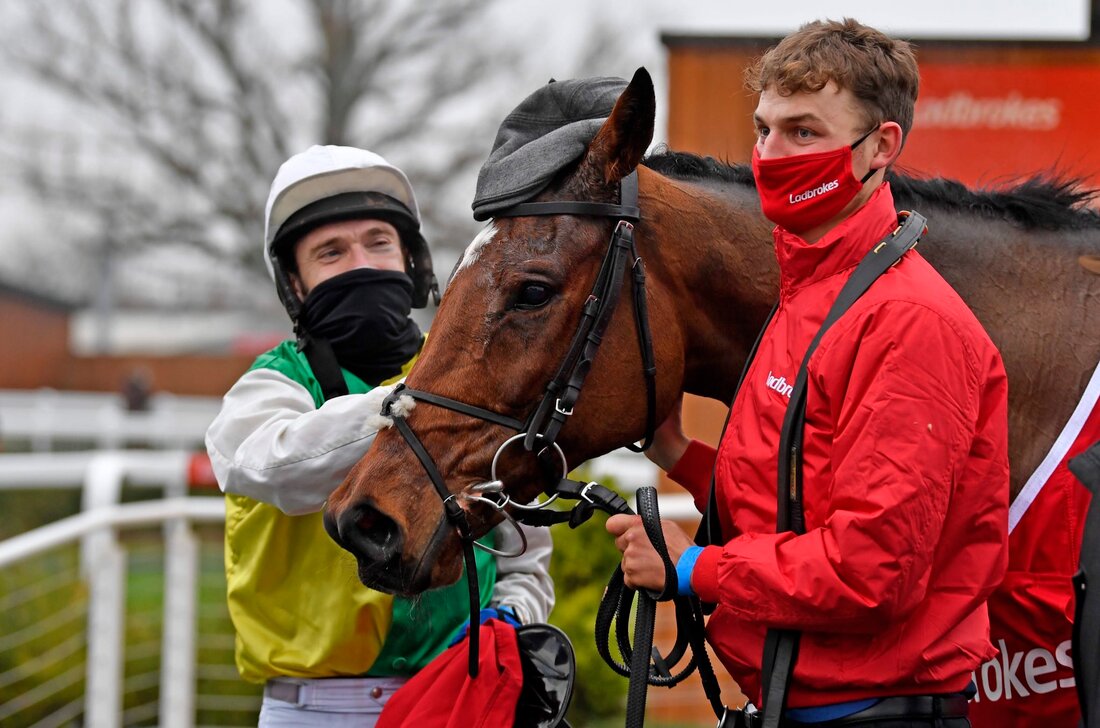 ​Hello to you all once again, I hope you are keeping well and let's hope there is some light at the end of this long tunnel.

We have to start with the Ladbrokes Trophy win. I, like many others, will always know it as the Hennessy but thank you to Ladbrokes who do a great job sponsoring the race.

To win this race was very special for many reasons. To get a winner like this for Trevor Hemmings was fantastic. He is a wonderful man and great supporter of the sport. Cloth Cap is by Beneficial out of Cloth Fair, and is aptly named after the item that is synonymous with his owner!

This was also great for the team here at Jackdaws. I am lucky to have extremely loyal and hardworking staff and victories like this are brilliant for morale.

Finally, I have never won this race as a trainer or as a jockey so it was personally very pleasing too!

Cloth Cap was foot perfect all the way around and Tom Scudamore gave him a fantastic spin.

We enjoyed 12 winners throughout November with many places. It's great to see all of the horses healthy and running well. We are seeing improvement in many of them and long may this continue. We also passed the £400,000 mark of prize money. Let's hope we can add to that this month. Huge congratulations to all of the winning connections!

We are delighted to be launching the Jonjo O'Neill Racing Club this month. Again this is very special to me as the club's horses will be running in the Sea Pigeon colours. The club costs just £99 to become a member and it will be great fun and would make the perfect Christmas present. You can read more about it below.

It was great to see crowds return to some racecourses. Fingers crossed that this is the start to more and more people coming back and enjoying a day at the races.

I'm not sure if I will speak to you all again before Christmas so I will wish you all a very happy and healthy time. There will be lots of racing on the TV to keep you occupied!

As always stay safe and well,

We enjoyed 12 winners throughout November. Congratulations to all the connections.

GASTON PHEBUS MAKES IT TWO OUT OF TWO OVER HURDLES

Gaston Phebus made it 2 wins out of 2 over hurdles with victory at Carlisle.

He was always in touch with the leaders, led 2 out and was impressive staying on in the running in the hands of Jonjo Jr.

We're absolutely delighted to get a big winner for Trevor Hemmings.

Cloth Cap was incredible and didn’t put a foot wrong under a great front-running ride by Tom Scudamore.

A huge well done to Jojo O'Neill, Nick Healy and all of our team. 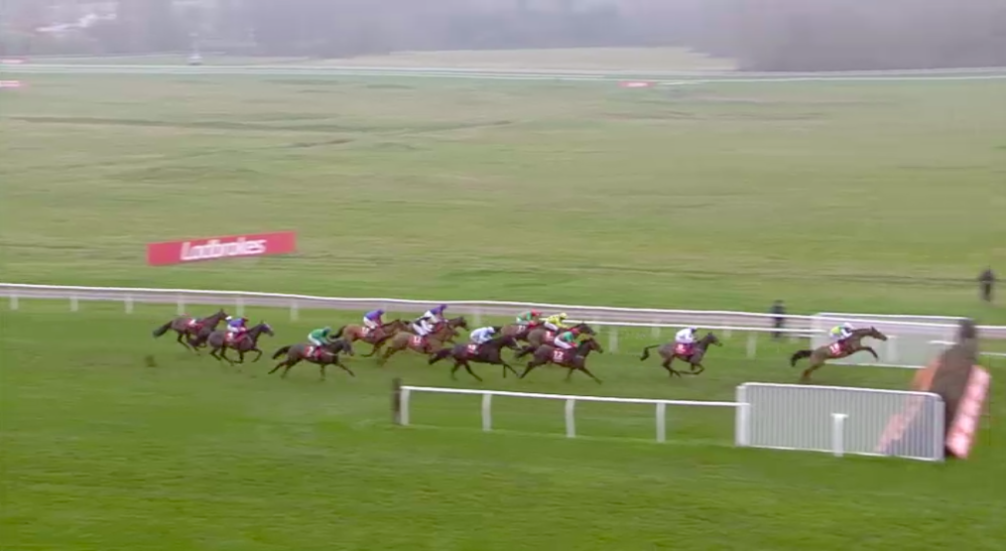 Thank you for all of your lovely messages, I’m trying my best to respond to them!

​SKYLANNA BREEZE DOES IT AGAIN!

Jonjo O'Neill Jr. made all the running to ride Skylanna Breeze to victory at Southwell.

It was his second win in a row, and third of the season.

Lock's Corner made it 5 wins from his last six starts with victory at Kempton, under a great ride by Richie McLernon in the colours of JP McManus.

The 6 year-old was back chasing after finishing second last month over hurdles at Cheltenham.

Jonjo Jr. produced a brilliant ride on Quarenta to win by a head at Ascot this afternoon.

We are are absolute delighted for ​Martin, Jocelyn & Steve Broughton!

Carys' Commodity followed his win at Fakenham last month with victory at Wincanton under a strong ride from Jonjo Jr.

Adicci finished strongly to get the better of Tap Tap Boom for victory at Fontwell in the hands of Jonjo Jr.

AT FIRST GLANCE WINS AT SOUTHWELL

At First Glance made all the running and saw off some stiff competition to win at Southwell in the hands of Jonjo Jr.

MAYPOLE CLASS AND THE COMPOSEUR SECURE A MIDWEEK DOUBLE

The day couldn't have got off to a better start with an across the card double in the two opening races at both Bangor and Exeter.

Just 10 minutes later at Exeter, The Composeur dominated from the front from halfway and won by over 3 lengths under a good ride from the in-form Kevin Brogan. ​Congratulations to owners Jean Notman and John Walker, and well done to Georgia for her first winner when in charge at the races!

Hang Tough lived up to his name with victory at Lingfield.

After a solid jumping display, he survived a slight scare at the third last in the hands of Jonjo Jr.

Piggy Winkle got off the mark at the 5th time of trying at Market Rasen in the hands of Nick Scholfield.

Always in touch with the leaders, he went clear after pinging the last hurdle.

We are delighted to launch the Jonjo O'Neill Racing Club.

The club offers members the chance to be involved with the legend that is Jonjo O’Neill.

For just £99, members will have the chance to go racing when a club horse runs, stable visits to the stunning Jackdaws Castle and a share of any prize money won.

The club will lease two horses to run under the racing club banner; Tegerek, a 6yo gelding rated 135 and a winner already this season at Cheltenham. He followed that victory up by finishing 3rd on his latest run in the Greatwood Hurdle at the same course. He will offer members some great fun over the winter.

​The other horse is His Dream, a 7yo gelding who is a 5 time winner and has run at Royal Ascot. He made a winning chase debut earlier this season at Perth and will run over the Summer.

​Our horses will carry the famous Sea Pigeon colours, worn by Jonjo to win the Ebor in 1979 and the Champion Hurdle at The Cheltenham Festival the following year.

Please visit jonjooneillracingclub.co.uk for more information and to purchase a membership 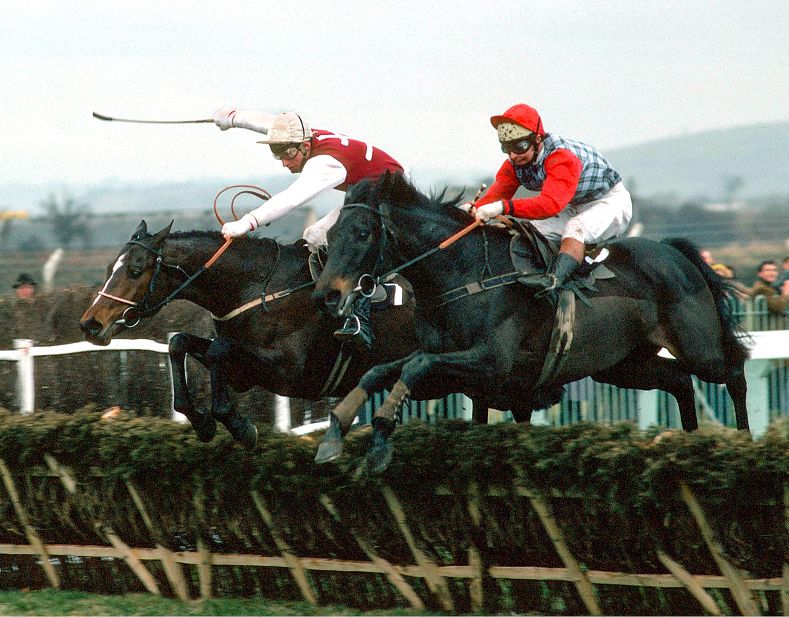 Congratulations Kea Taylor for being awarded our Employee of the Month for November.

Kea has been working very hard and her riding has improved week on week.


​How did you get into racing?
I've always been into horses and attended the National Racing College. I then applied to work here at Jackdaws Castle and it was great to be accepted.

How long have you been at Jonjo O'Neill Racing?
I have been here for just under 2 months and I love it!

What is your favourite part of the job?
I love all the horses and really enjoy riding them every day.

What is you best moment in racing so far?
I was really pleased that the first horse I led up (Maypole Class) won. I was also awarded Best Turned Out that day too! 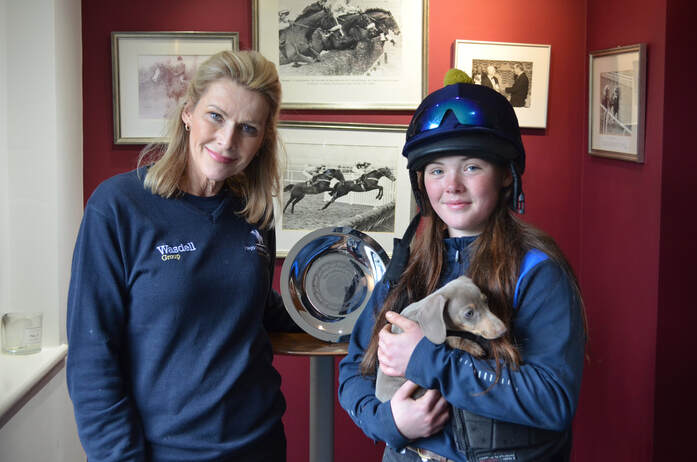 BEHIND THE SCENES STABLE TOURS

Are you still looking for that ultimate Christmas present for a special person in your life? Someone who is missing seeing racehorses in the flesh and watching them gallop close by.

A VIP Stable Tour of Jackdaws Castle is the perfect  present for the horse racing enthusiast. We can provide a personal gift certificate to be opened on Christmas morning which has the full itinerary for the VIP Tour, the certificate is valid for 12 months and the recipient is one telephone call away from booking a fantastic morning with us at Jackdaws Castle.

The tour commences with a Champagne breakfast at the Lygon Arms in Broadway before we make the short journey to Jackdaws Castle arriving as 2nd lot are warming up in the yard. Collect the mornings work sheet and follow the horses out on to the gallops where you will be driven alongside them as they work on one of our many gallops.

Return to the yard to meet our equine superstars and watch as they exercise in our equine pool or get totally pampered in our solariums , chat to the team who look after them daily, watch our resident farrier in action. This is truly a “behind the scenes" experience.

The tour ends in our Owners Suite which is full of memories from Jonjo’s amazing career as both jockey and trainer.

The tour price is £250 + vat pp, to book email pa@jonjooneillracing.com 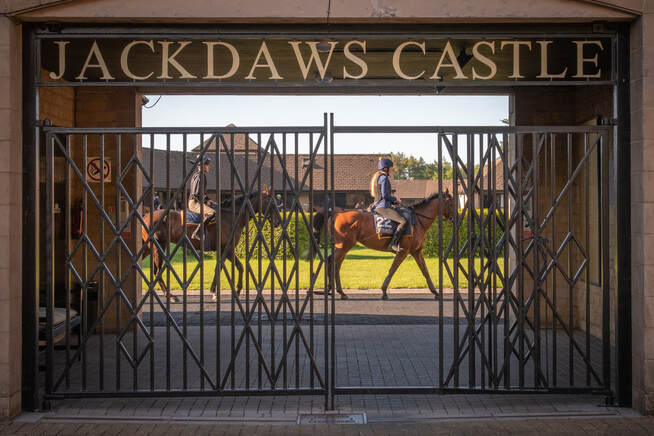 We would like to take this opportunity to wish you all a wonderful Christmas.

This year has been tough for many so please be kind, check on people you haven't spoken to for a while and let's hope that 2021 brings us all lots more  luck and success. 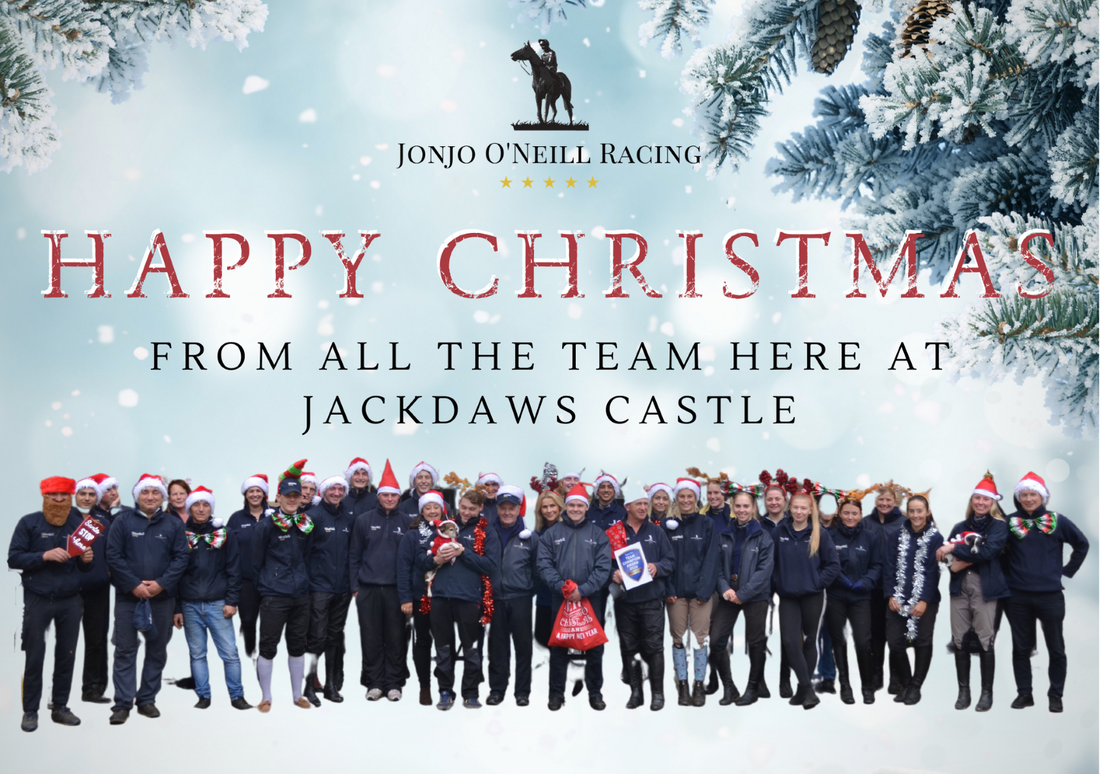 As Christmas approaches, a time of good cheer,
It's good to look back at the Jackdaws year,

We welcomed Brazil and the Talksport team,
Whilst the Champion Flat Jockey added to the cream,

We just got through Cheltenham, but everyone could see,
The virus was approaching which meant no Aintree,

Covid arrived and launched its attack,
But Jonjo responded by getting on horseback,

Jonjo, Jacqui, Jonj and AJ,
The family unit together, riding away,

But he quickly decided no riding come back,
He would leave it to his boys to do the work on the track

Lockdown was ended, the team all in place,
Jackdaws was ready to be up with the pace

Racing resumed in a modified form,
The horses were ready to take the season by storm

The hard work in lockdown was about to be repaid,
Races selected, some plans had been made

Covid still raging, everyone in a bubble.
But thankfully the horses kept us all out of trouble

The winners flowed in race after race,
Bringing smiles a’plenty to everyone’s face

As Summer slipped by, rain replacing the sun,
It was the winter jumpers who maintained our good run

Back to Cheltenham, an October chill,
But Tegerek warms us by flying up the hill

Chepstow is the start of the Winter story,
The script this year had been read by Soaring Glory,

A talented horse, straightforward not tricky,
Another good horse for owner Pat Hickey,

In a difficult year which has been totally surreal
Things are improving , life has a better feel,

To all of our followers, stay safe and well,
This season half over with lots more to tell,

Many more meetings to excite and thrill
And lets see Rocco once more up that famous hill,

Aintree will be back and the Grand National too
A victory for Trevor?, I guess that would do

Every winner is precious and a welcome prize,
As Covid defeated and brought down to size

From everyone at Jackdaws the message is clear,
Have a Happy Christmas and a winning New Year.

If you would like more information regarding the lovely filly for sale below, please email pa@jonjooneillracing.com.

Jonjo is going to be at the Tattersalls December Sale this week. If you are interested in getting involved in ownership at any level, please contact us using the email address above.

WALK IN MY SHOES (IRE) 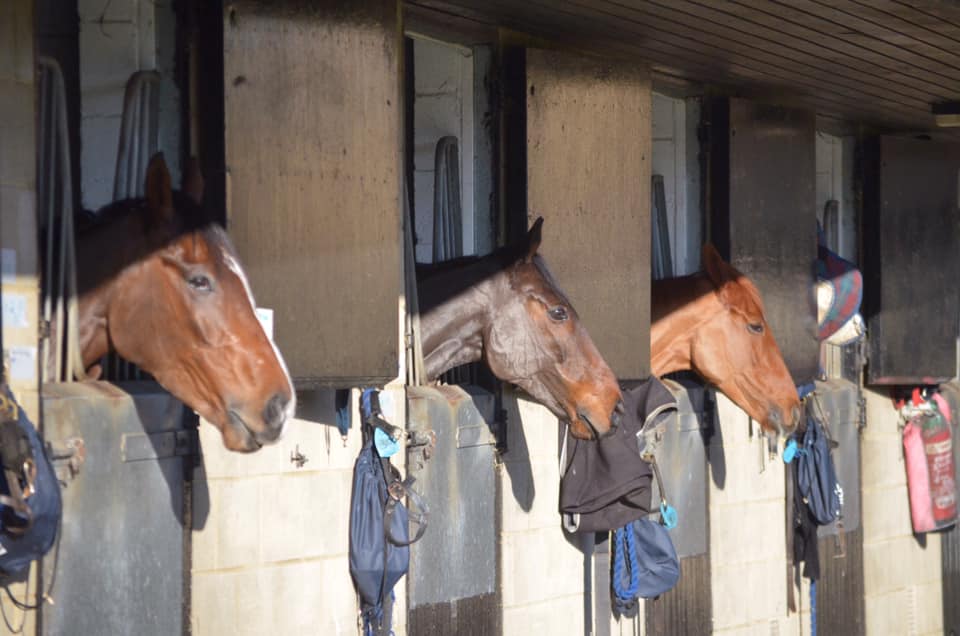 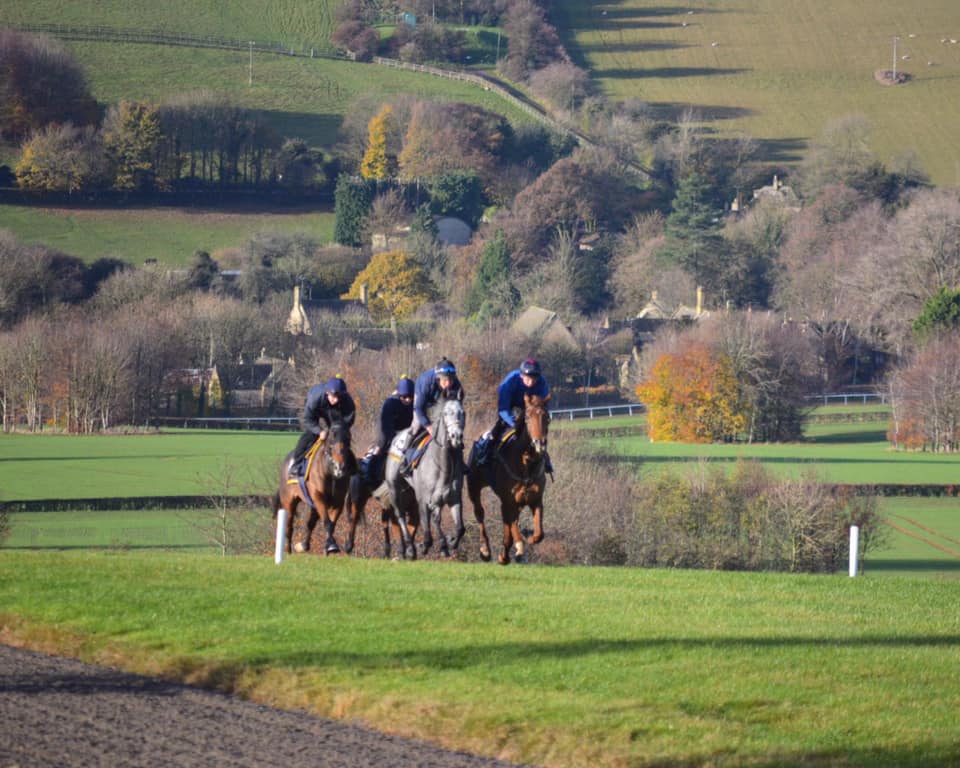 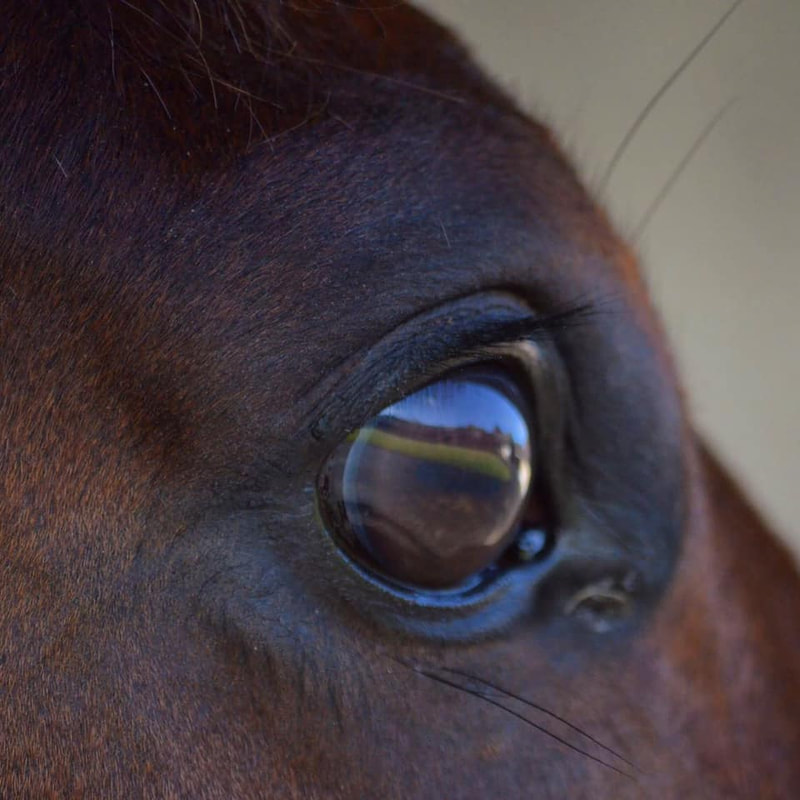 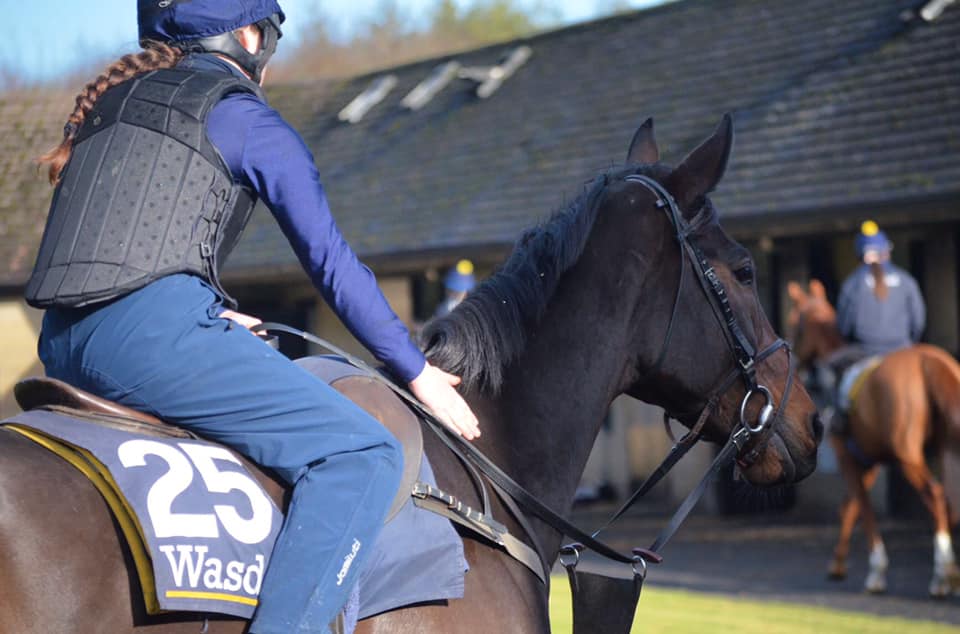 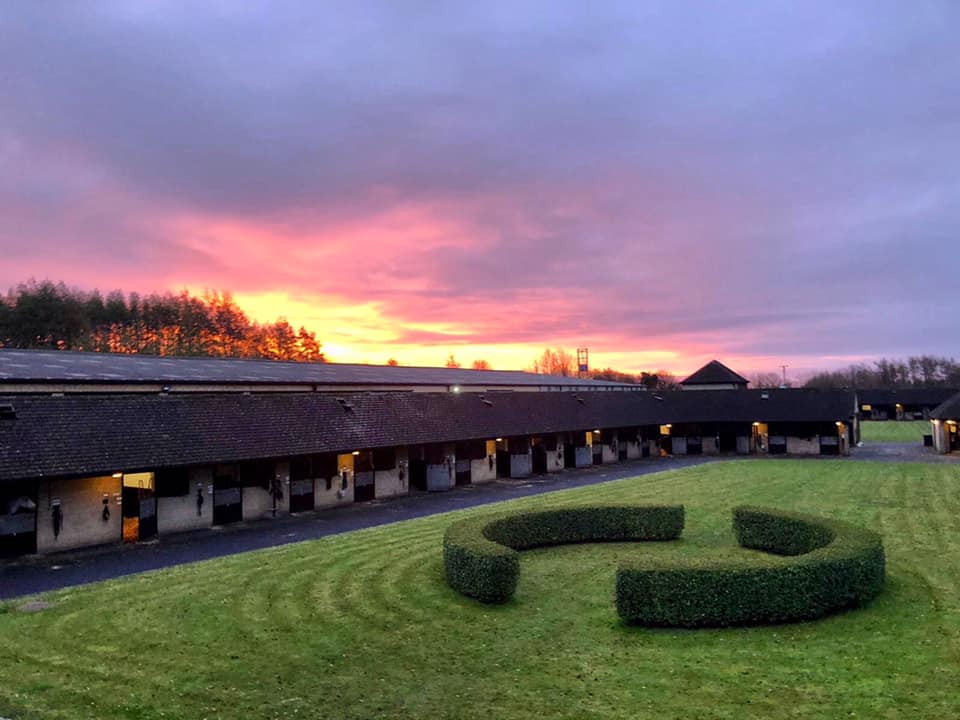 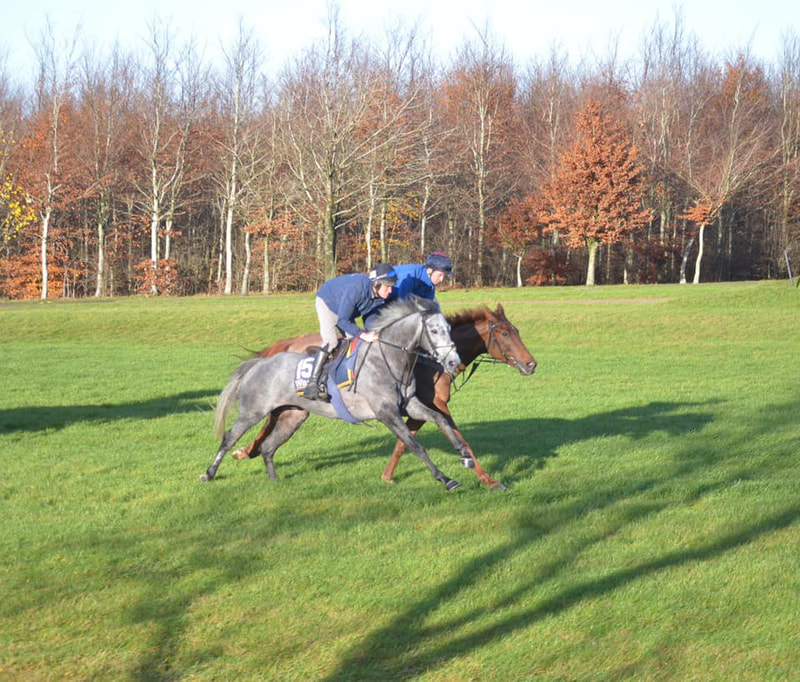 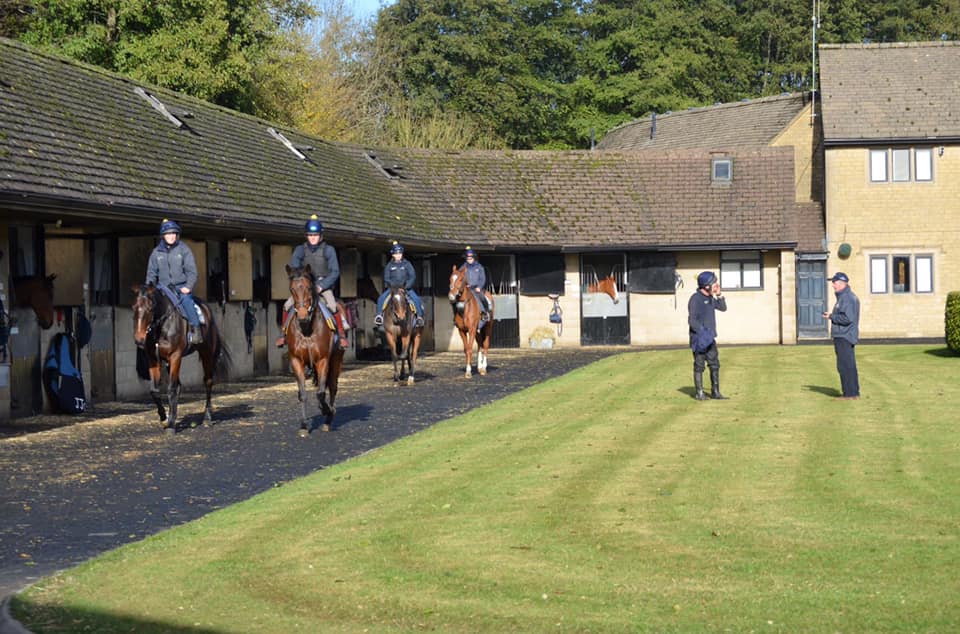 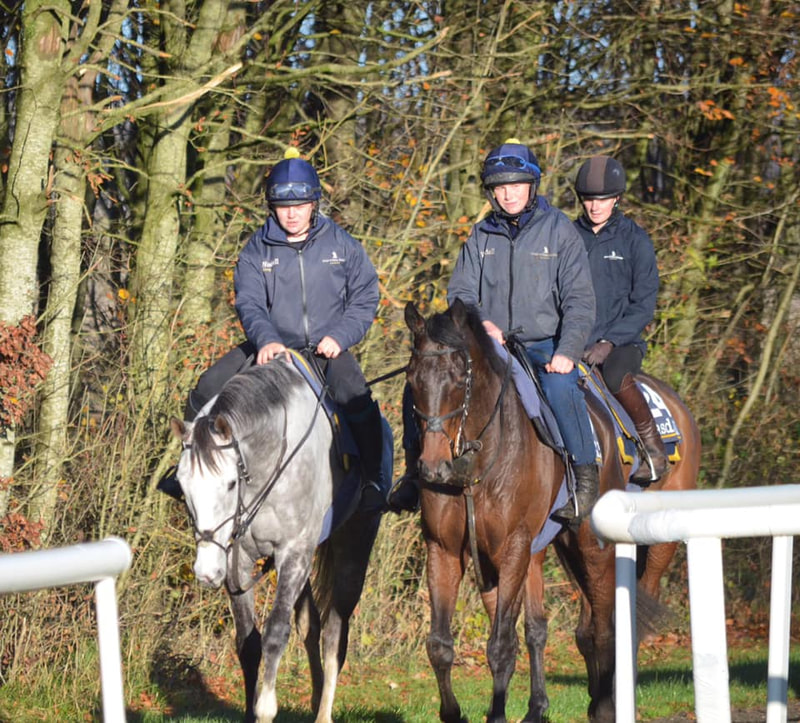 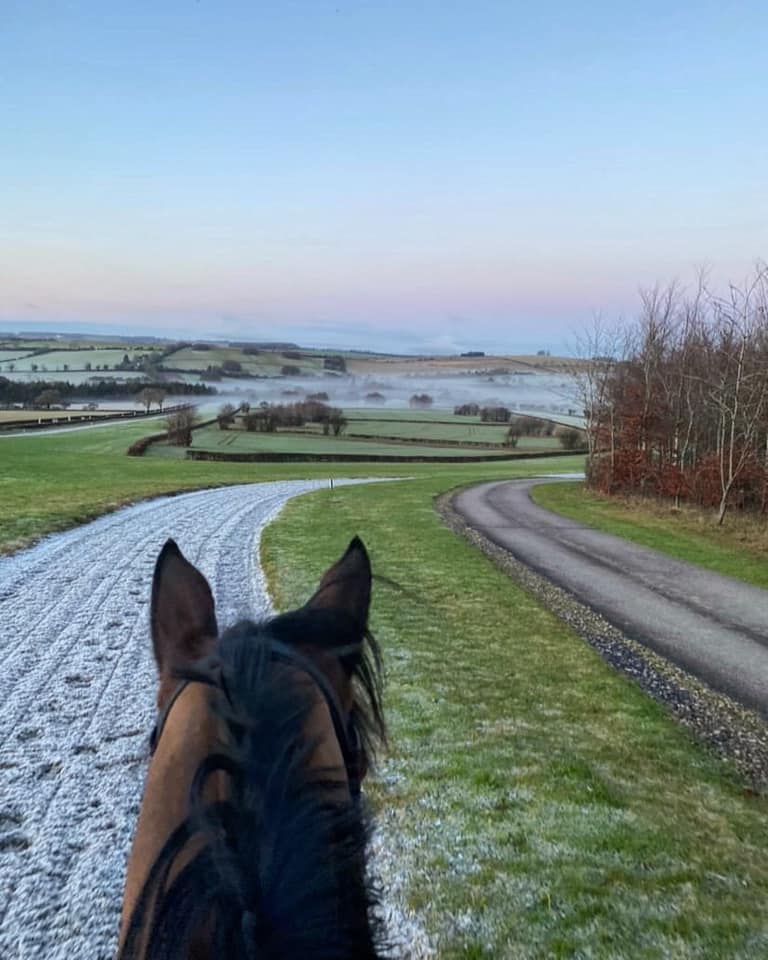 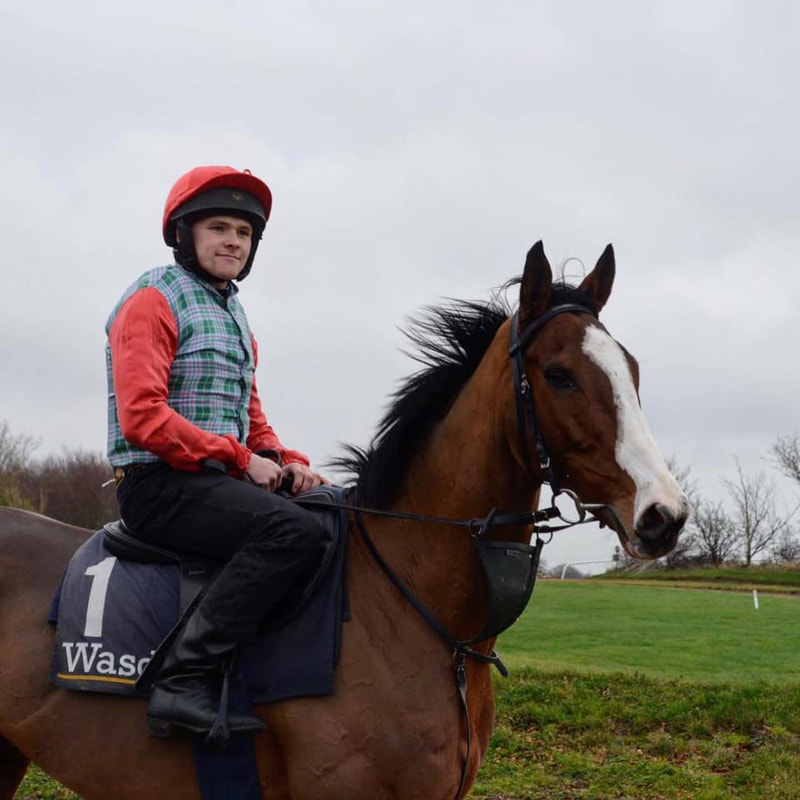 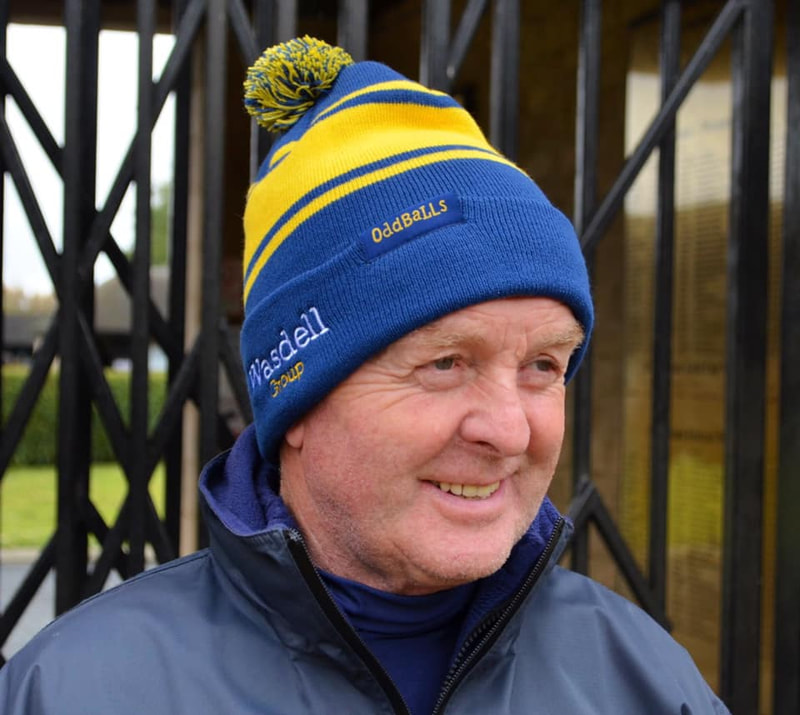 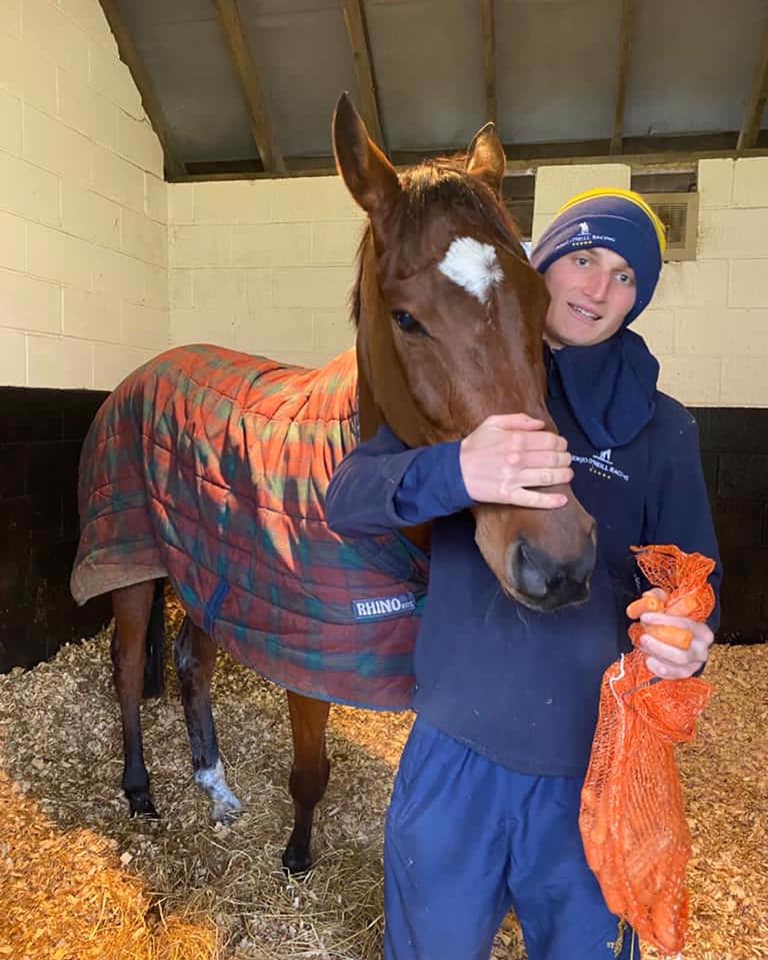 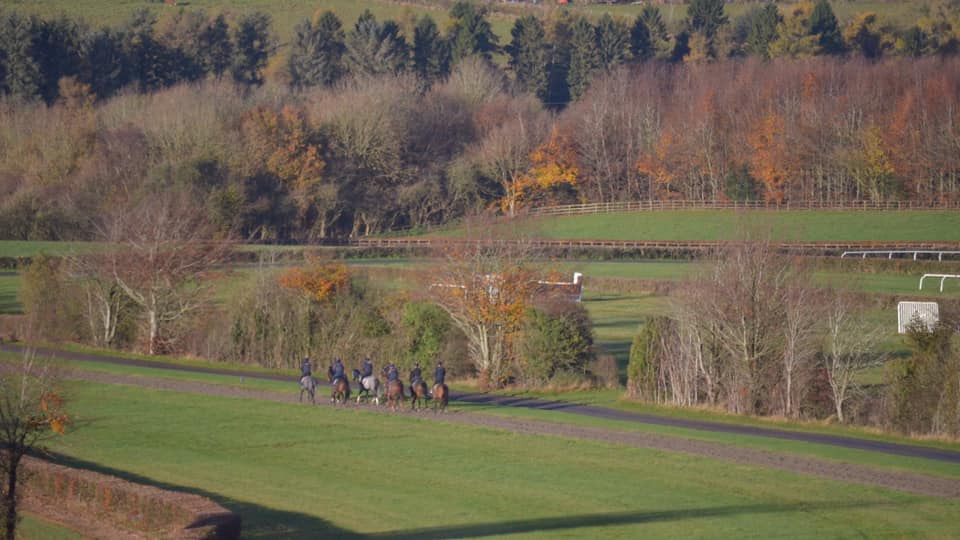 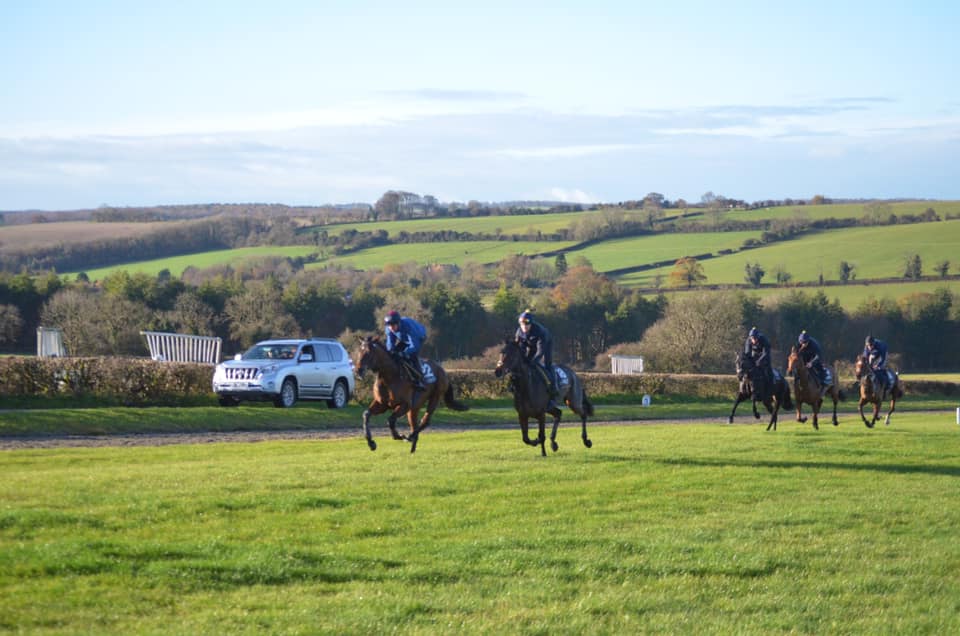 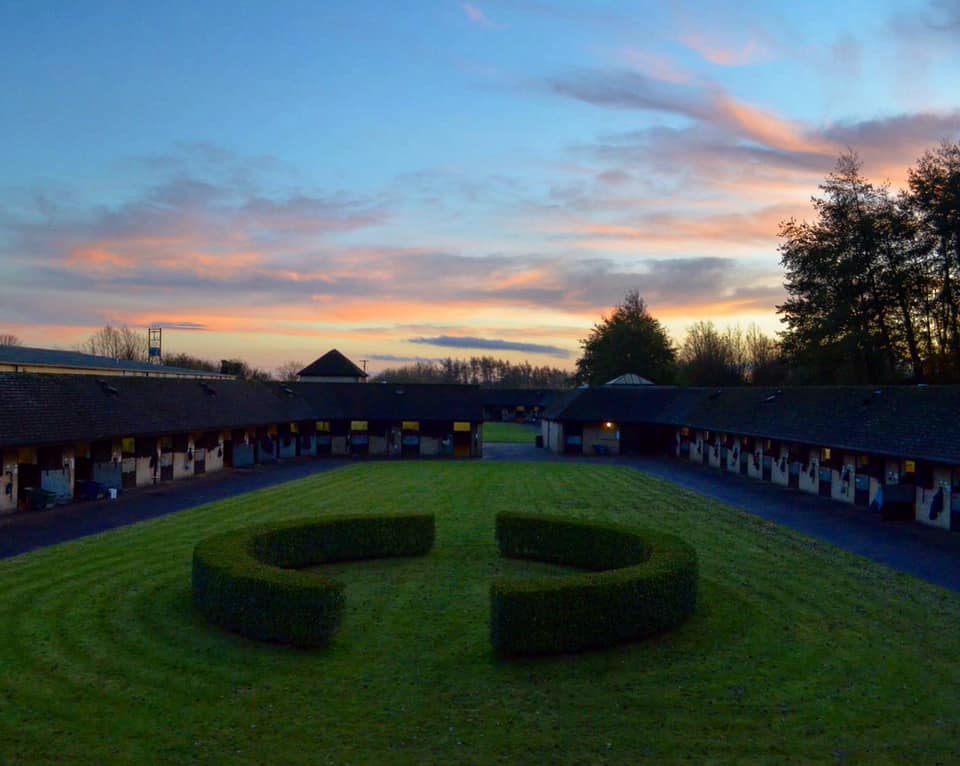 A huge December Happy Birthday to...

We are very active on all of our social media platforms, please give us a follow using the links below.