​Hello to you all once again. I hope you are all keeping well and enjoyed all the brilliant racing in March.

It was wonderful to get my 27th Cheltenham Festival winner in the Grand Annual with Sky Pirate. He's a completely different horse this year and he just doesn't stop improving. Nick Scholfield gave him the perfect ride and I couldn't be happier for Martin and Iwona. They are both huge supporters of all of the team here at Jackdaws Castle and it was amazing to give them their first festival winner.

It was a tough week for British trainers so I was delighted to get one on the board!

To follow this up on the Saturday, winning the Midlands Grand National with Time To Get Up for JP was the icing on the cake. Jonjo Jr. was very patient on him throughout and it was great to see him get up in the final 50 yards.

This capped a great week for the team who thoroughly deserve the success for all of their hard work.

This weekend we send Cloth Cap to the Grand National. Tom Scudamore will once again be in the saddle. He's favourite and we hope he runs a big race and most importantly, returns safe and sound. You need a lot of luck in the National. As we all know anything can happen, but it would be a dream come true to win it for Trevor Hemmings. There's really not a race like it and winning it again would be incredible. I would like to wish both Jonjo Jr and Richie well with their rides in the race too.

Pressure Sensitive will also be going to Aintree in the bumper that closes the festival. He's impressed us so far this season and deserves to take his chance.

Richard Johnson surprised us this week when announcing his retirement. He had a truly incredible career riding over 3,800 winners including more than 50 for us. He is one of the finest jockeys on the course and the nicest man off it. He has been a brilliant ambassador for racing as well as a true inspiration and role model for the next generation. We wish him all the best for the future.

It's that time of year when many of the winter horses will be going for their summer holidays, either in the fields here at Jackdaws or back home to their owners. The summer horses have started coming in and we look forward to some warm sunshine!

Things are looking a lot more positive and it's brilliant to see owners returning to racecourses. It won't be long until spectators will be back there too. It was strange at Cheltenham without the crowds but hats off to Cheltenham Racecourse and The Jockey Club for all their superb work throughout the week.

Please stay safe and healthy and wish us luck for Saturday.

Cloth Cap once again proved his Grand National credentials with an impressive front-running victory at Kelso, under a brilliant Tom Scudamore ride.

He  travelled strongly, and jumped well throughout, to complete a comfortable 7½ length win.

Let's hope he runs a big race for Trevor Hemmings at Aintree!

Coeur Serein stayed on strongly to break his duck at Warwick this afternoon under a patient ride by Richie McLernon.

Sky Pirate wins the Grand Annual at the Cheltenham Festival

A brilliant day as Sky Pirate won the Johnny Henderson Grand Annual Challenge Cup under a peach of a ride from Nick Scholfield.

We are all absolutely thrilled for Martin and Iwona getting their first Cheltenham Festival winner! 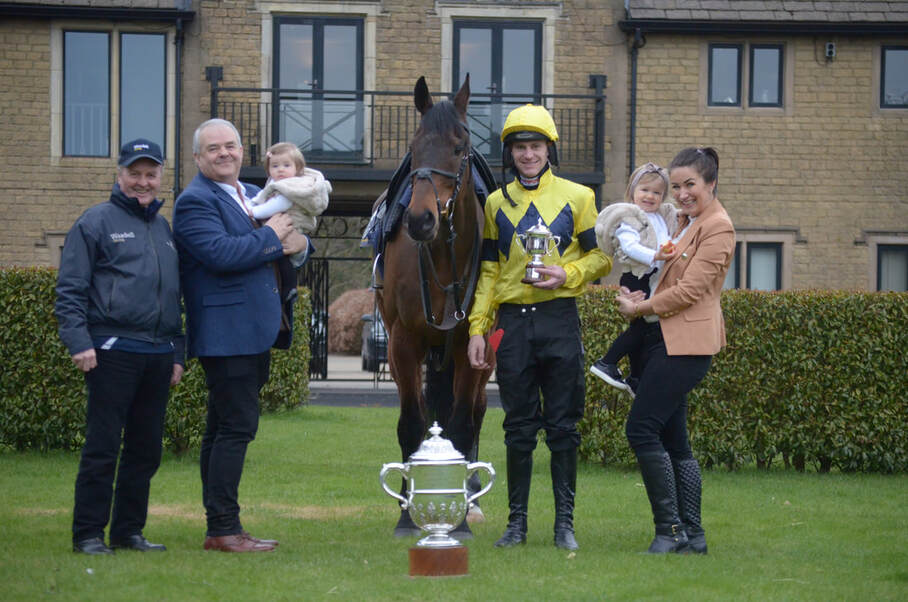 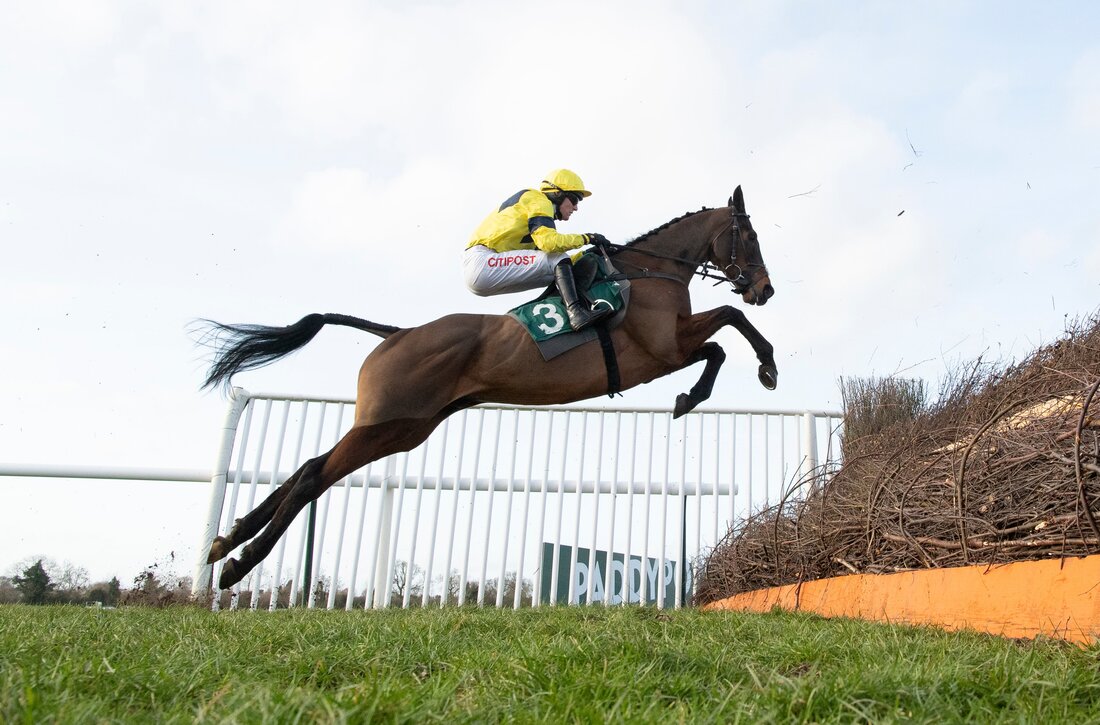 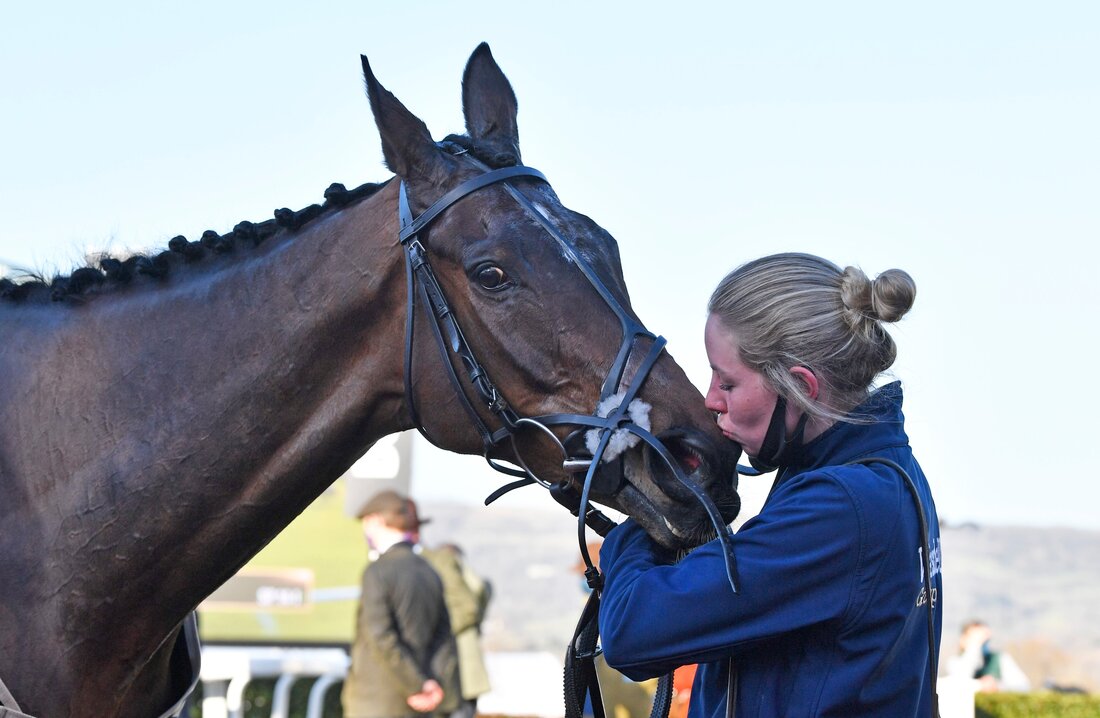 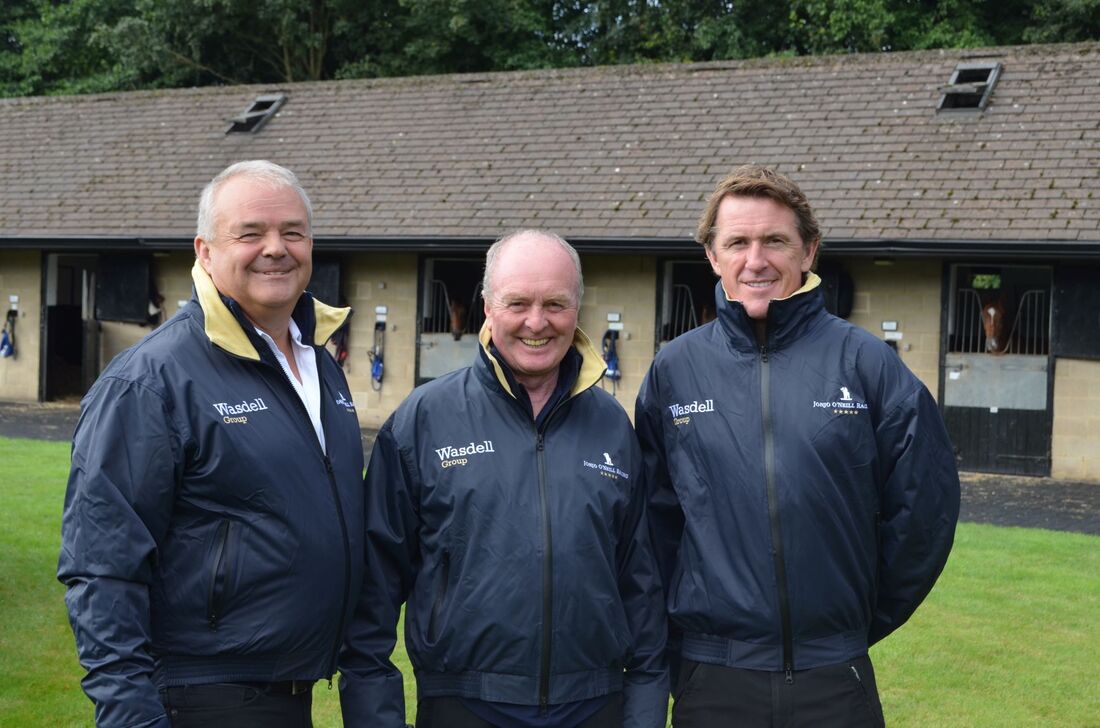 Sky Pirate winning the Grand Annual at Cheltenham under a brilliant ride by Nick Scholfield.

Huge congratulations once again to Martin and Iwona. They are great supporters of the team at Jackdaws and I couldn’t be more delighted for them □□ pic.twitter.com/NtkX8P5YsT

​Time To Get Up wins the Midlands Grand National

Time To Get Up capped a fantastic week with a hard fought victory in the Midlands Grand National at Uttoxeter, under a wonderfully mature ride by Jonjo Jr.

Many congratulations to JP and Noreen McManus, and well done to all of the team for a brilliant four days. 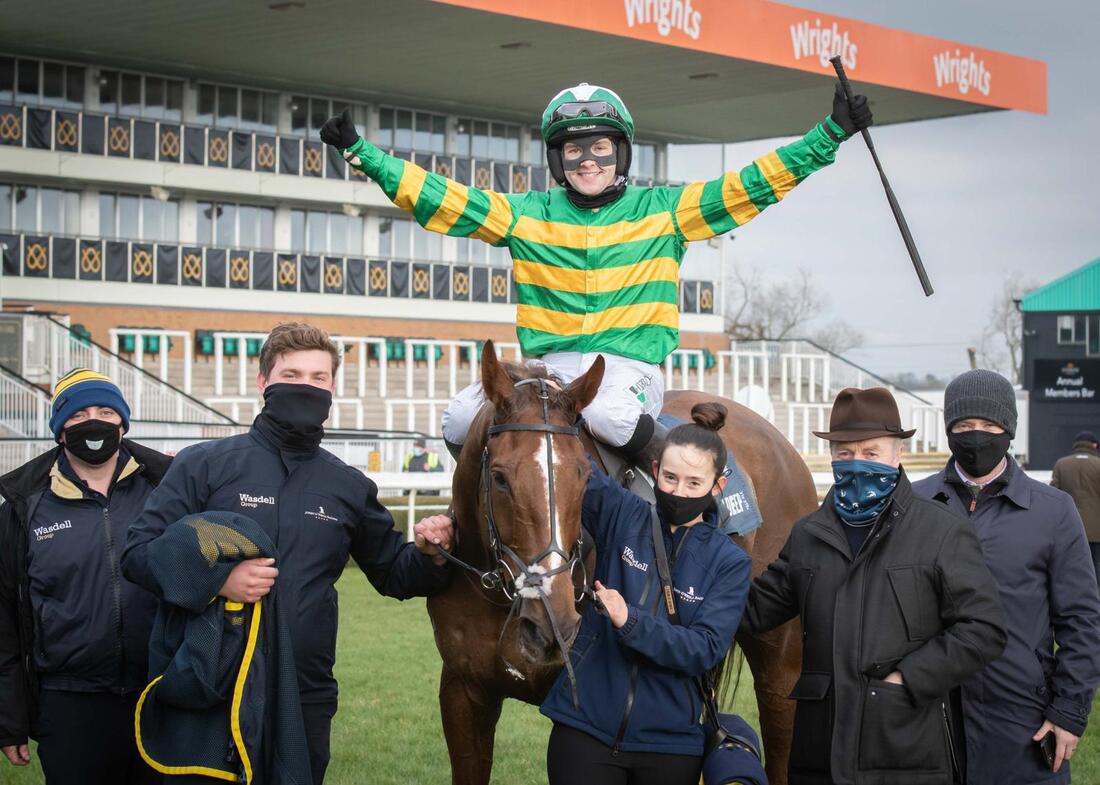 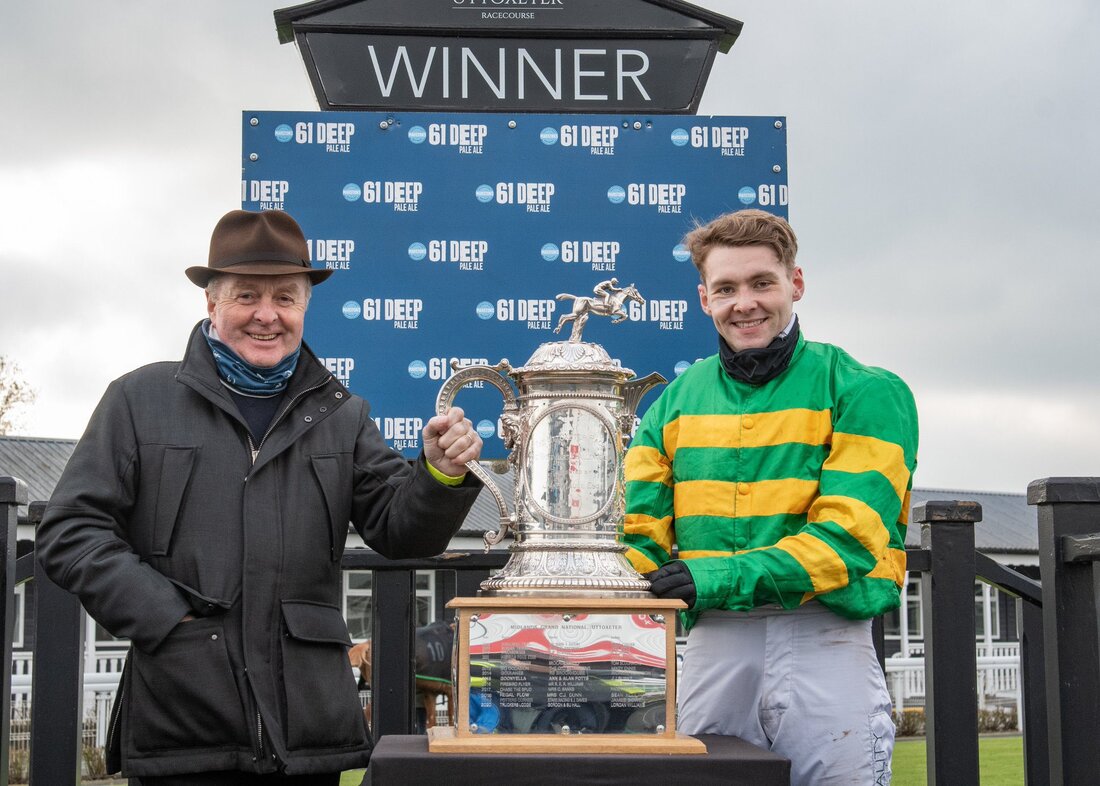 Another brilliant day with Time To Get Up and @JJONeillJnr winning the Midlands Grand National at @UttoxeterRaces today.

Thank you for all the messages, it’s been a great week.

Many congratulations once again to JP and Noreen and well done to all the team □□ pic.twitter.com/kxnQ4omBfe

A wonderful double as Ey Up Rocky and Prince Escalus both produced fine victories at Haydock and Market Rasen respectively.

Jonjo Jr had to battle hard to get Ey Up Rocky's head in front and kept on well in the last 50 yards to win by ¾ of a length.

Over at Market Rasen, Tom Scudamore and Prince Escalus led going into the home straight and won very well by 3 lengths in the colours of The As You Like It Syndicate.  Many congratulations to Diane, Helen, Pam, Tracey and Lizzie.

Apache Creek made it 3 wins out of 3 with an impressive victory at Ludlow in the hands of Jonjo Jr.

He made a challenge before 3 out before joining the leader and staying on well up the running.

We're delighted for Chris and Lesley, Tony and Anne, Steve and Sheila & David and Jenny of Team Tuff

Coeur Serein makes it two in a row at Newbury

Coeur Serein followed up his victory at Warwick earlier this month with a penalty defying victory at Newbury, under yet another fine ride by Jonjo Jr.

Saturday will mark the 11th anniversary of Don't Push It winning the Grand National.

We remember it like it was yesterday. It was a huge thrill for the whole team.

It was also incredibly special to give AP McCoy and JP McManus their first victories in the race and it will be a day we never forget!

You can relive the last few minutes of the race below.

On his 15th attempt, @AP_McCoy added the Grand National to his illustrious CV when he won the 2010 edition on Don't Push It □

Wonder how many times he's watched the VT back? □ 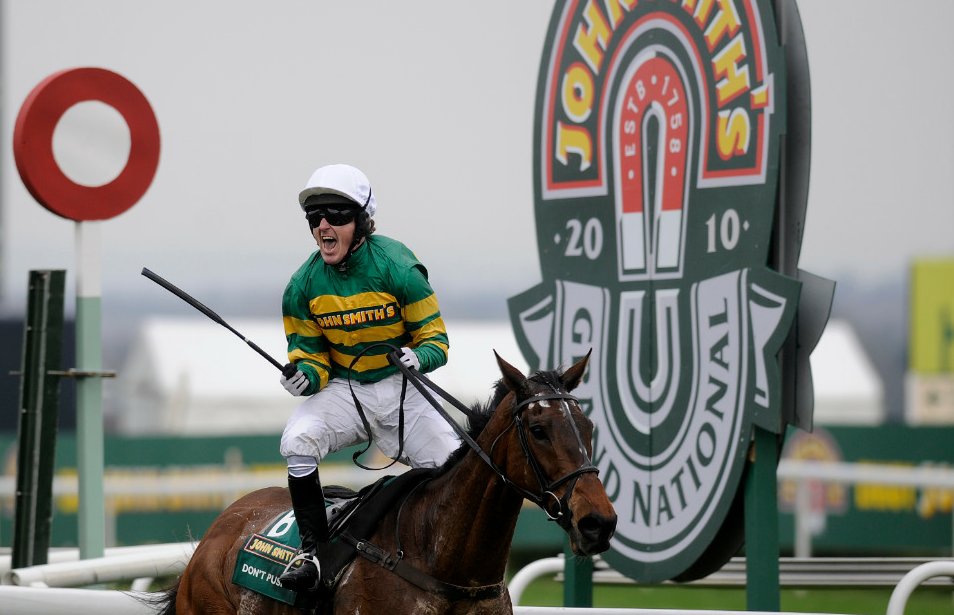 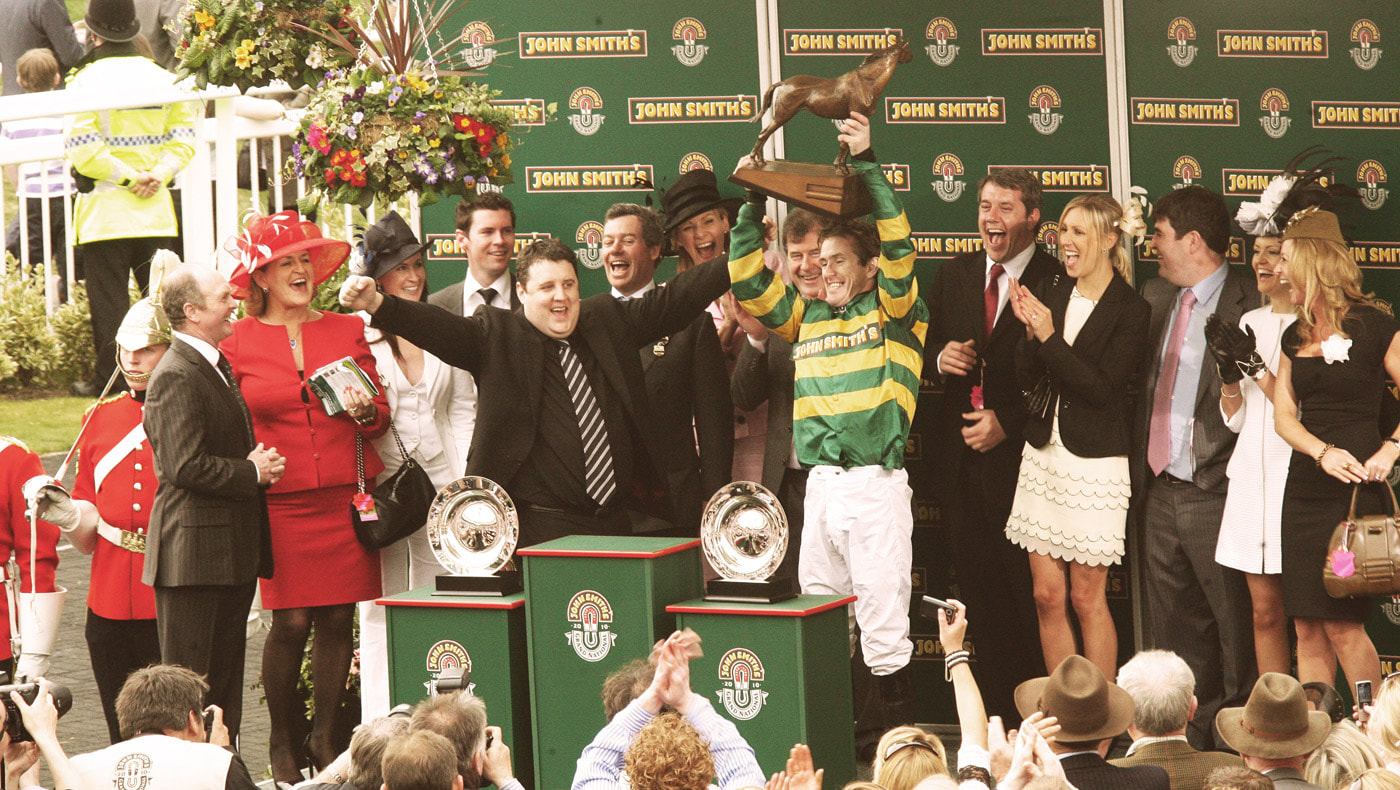 Congratulations  to Nick Healy for being awarded our Employee of the Month for March. Nick looks after Cloth Cap and Pressure Sensitive and will be travelling with them both to the Grand National meeting.

We asked him a few questions so you can get to know her a little bit more.


What's your background.
Growing up I always had an interest in horse racing as I used to go racing with the family fairly often most weekends, especially going to my local track Folkestone which is not there anymore and this kick started my interest. I went to the British Racing School for a 12 week course before I started here, and even though I fell off a fair few times I knew my near future was going to be in horse racing!

How long have you been at Jonjo O'Neill Racing?
I have worked at Jonjo O’Neill racing for just over 3 years

What is your favourite part of the job?
My favourite part of my job is being able to go racing with the horses I look after. No matter how big or small the meeting, it is always an enjoyable day out and seeing them run well .

What is you best moment in racing so far?
That’s an easy question! Definitely leading up Cloth Cap when he won the Hennessy (Ladbrokes Trophy) at Newbury . It was such a great day for the yard as a whole. 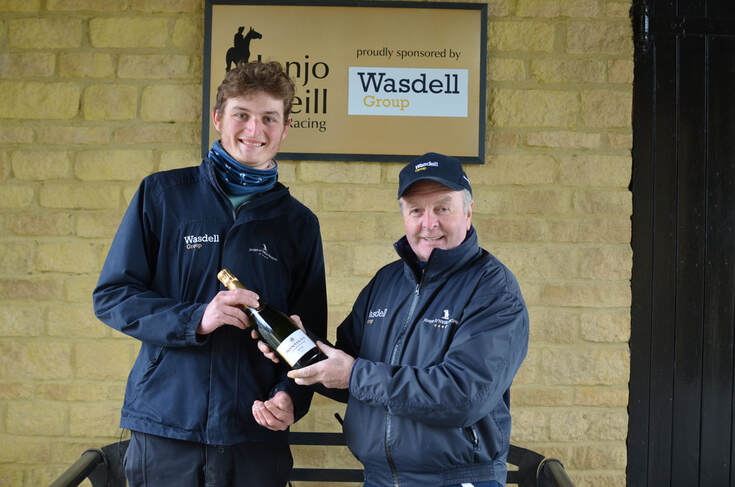 After an incredible career in the saddle spanning almost 30 years, Richard "Dicky" Johnson decided to hang up his riding boots at Newton Abbot last Saturday.

He was four-time Champion Jockey rode 3,819 winners, a figure only bettered by AP McCoy who he finished runner-up to on 16 occasions in the jockey championship.

Dicky rode a total of 23 winners at the Cheltenham Festival, including twice winning the Cheltenham Gold Cup with Looks Like Trouble in 2000 and Native River eighteen years later. His first victory at The Festival was aboard Anzum in the 1999 Stayers’ Hurdle, a ride that many people think was the best of his career.

Dicky rode more than 50 winners for us, most of which came when winning the Champion Jockey title in 2015-16.

If you have read any of the tribute from his peers in the last week, you will have realised that there was a lot more than Richard Johnson the jockey. He was a truly fantastic ambassador for horse racing, an inspiration to every jockey in the weighing room however young or old, and most of all, he's a wonderful human being. We will miss you Dicky!

From everyone at Jackdaws Castle, we wish Richard, Fiona and the children all the luck in the future.

We'll leave you with the words of Sir Anthony McCoy who sums it all up perfectly;

"Sometimes those who challenge us the most teach us the best. You did both to me for over 20 years – I will be forever grateful to you. When you go home tonight, look in the mirror and you’ll see what a champion looks like."

DID YOU KNOW?
GRAND NATIONAL SPECIAL

The distance of the Grand National race is 4 miles, 2 ½ furlongs. 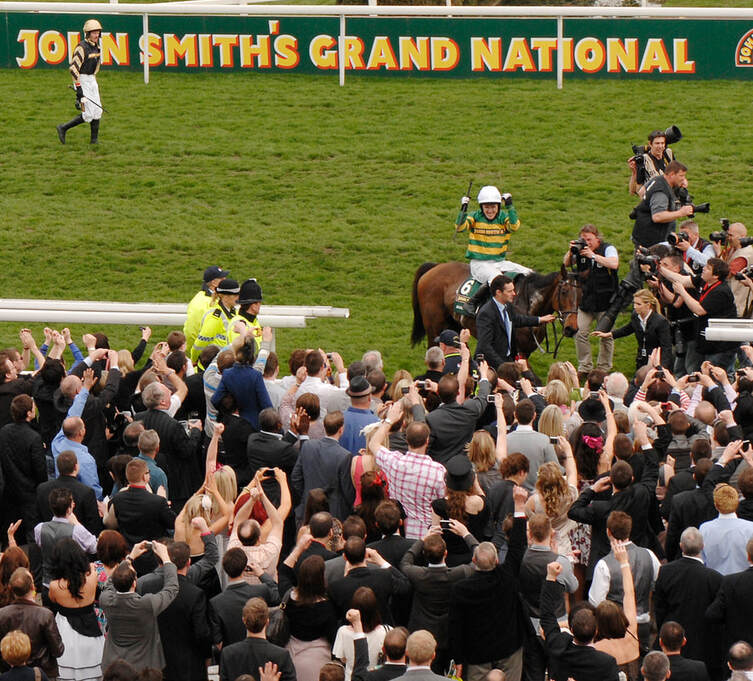 A huge April Happy Birthday to...